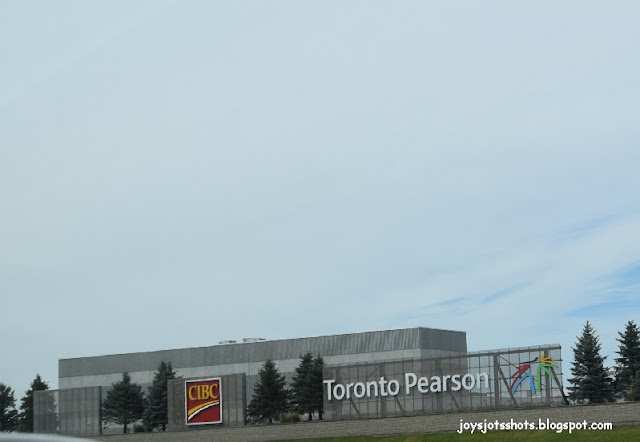 So busy watching traffic, apparently I didn't even get a shot of buildings in downtown Toronto. 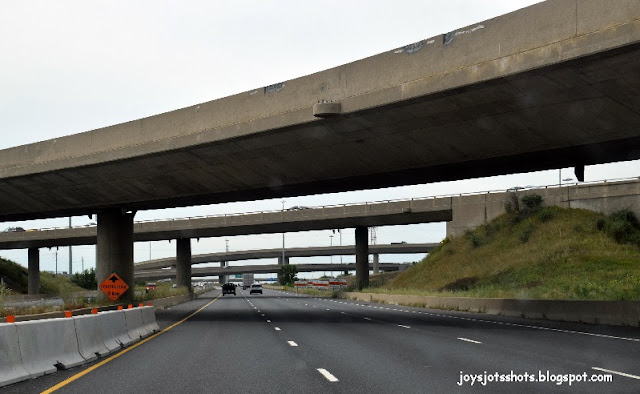 By looking at this picture,
there seems to be no traffic. 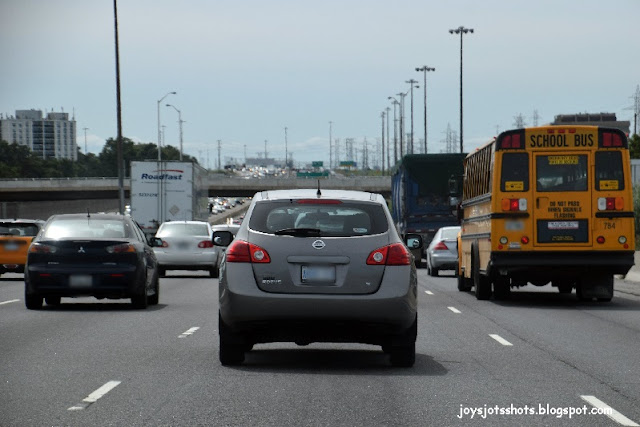 But there was a bunch of traffic.
Thank goodness our side moved on.
Mr. G did a great job driving it. 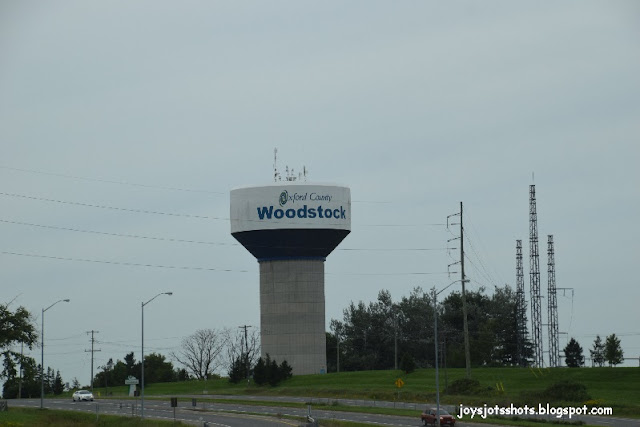 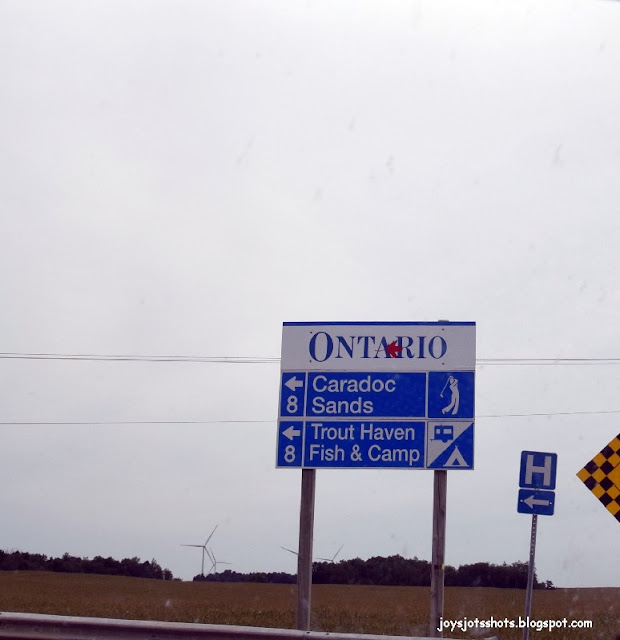 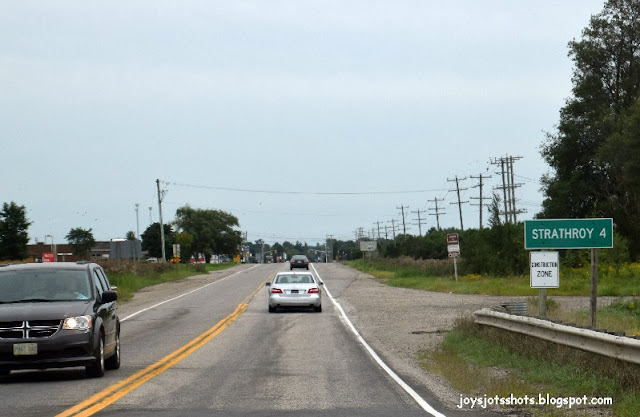 I had acquired Canadian currency and had spent none of it during our 2 day visit. 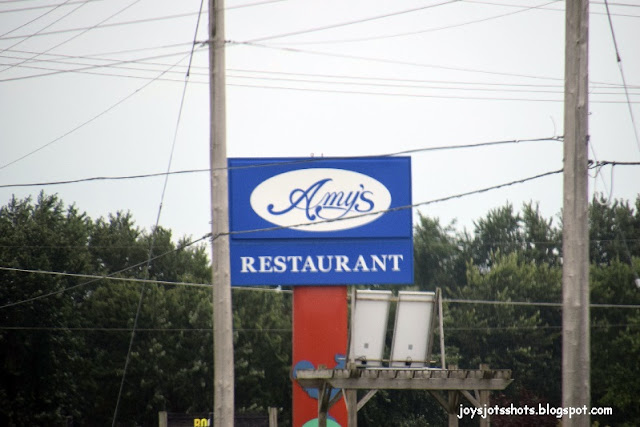 So we decided to stop about 4:00 to eat some lupper.
If we'd been an hour later, apparently we could have had an awesome buffet.
Instead, we had to order from menu from a staff that was super busy setting up the buffet.
We had the feeling we were intruding.
Food was ok, but not as ordered.
Since they seemed busy, we didn't bother to correct. 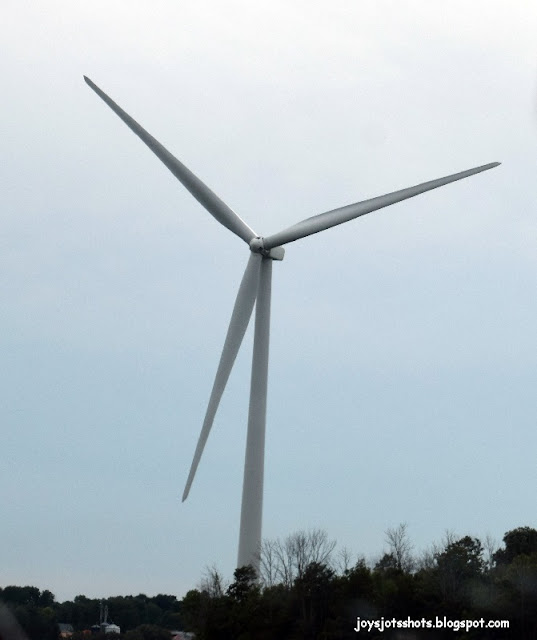 The only wind farm we saw, and it was just before we got back to Michigan. A beautiful green grassy mound that seemed to be in the middle of nowhere? 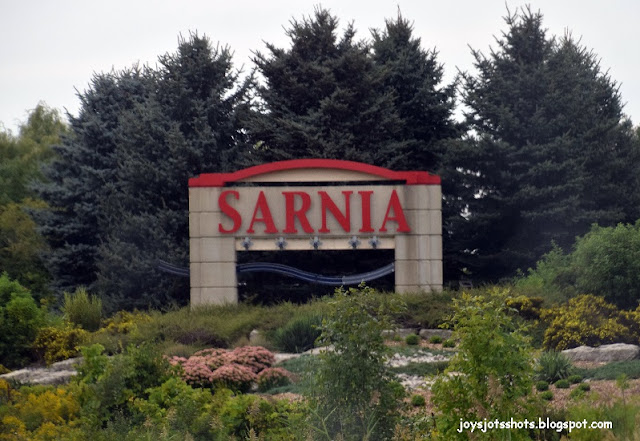 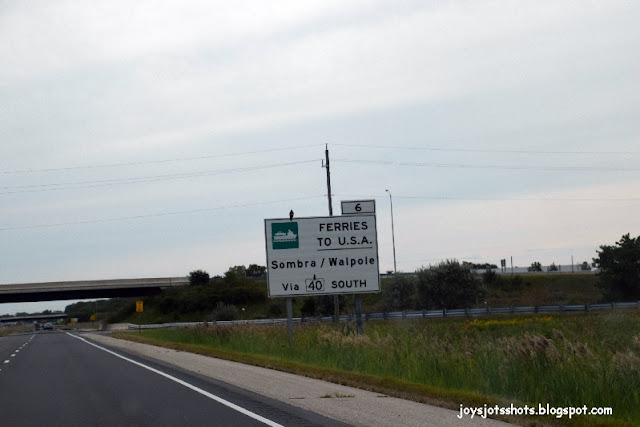 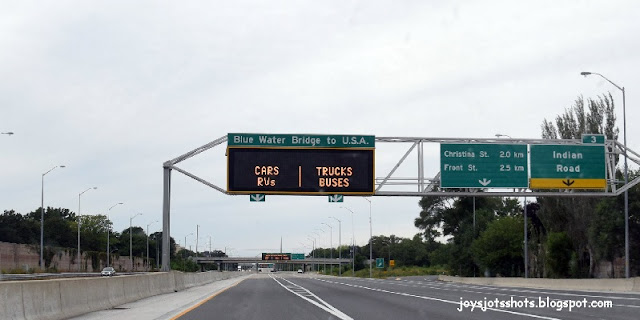 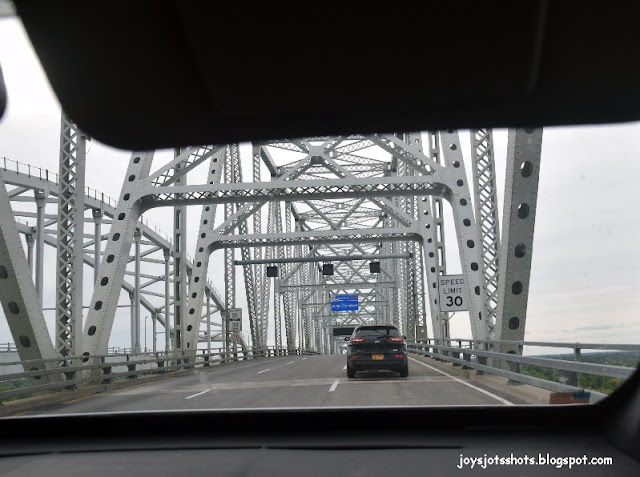 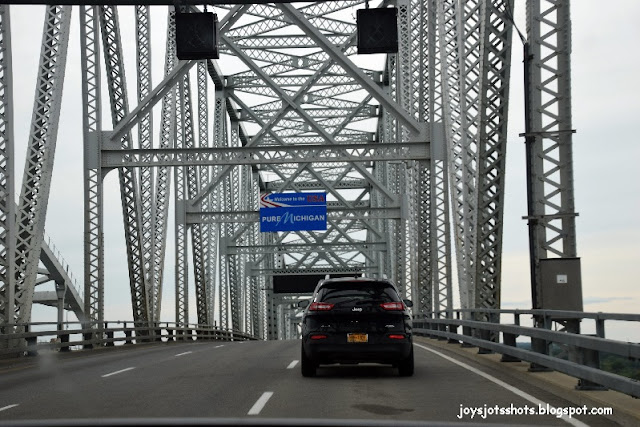 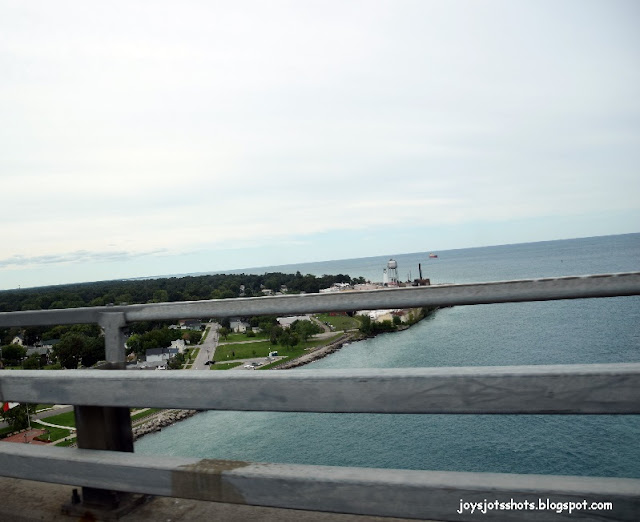 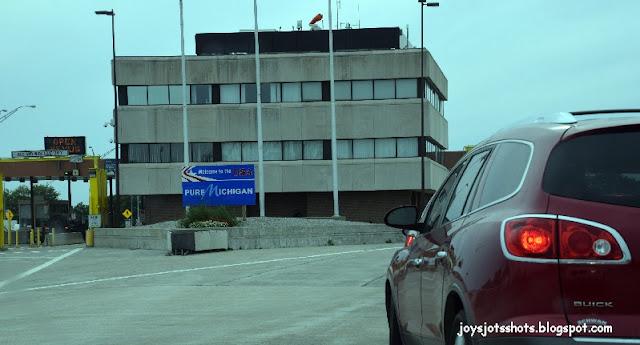 We got in the shortest line of the 2 of 5 that were open,
because the other line had an RV which we had been told, may take time to check.
It took our line twice as long to progress.
Only took us a minute or so to be approved to drive on through.
Our Hampton Inn room was great,
however, the TV cable didn't have the SEC channel.
Thank goodness, I had my laptop
and You Tube TV let us pull up the SEC channel
and watch the University of Kentucky Wildcats
win over the Florida Gators in football!
Breaking a 31 year record, finally !!!
******************************
Day 5, Part 2