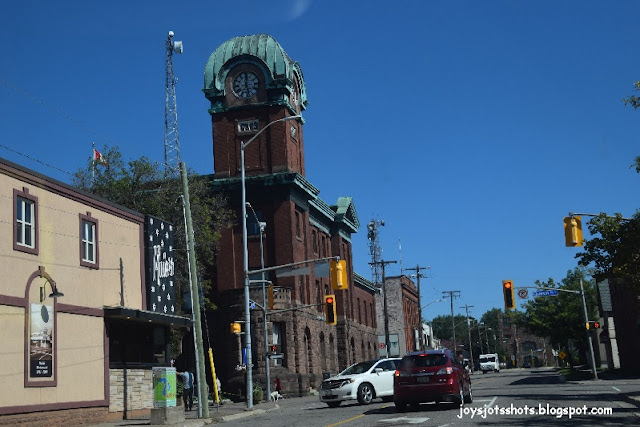 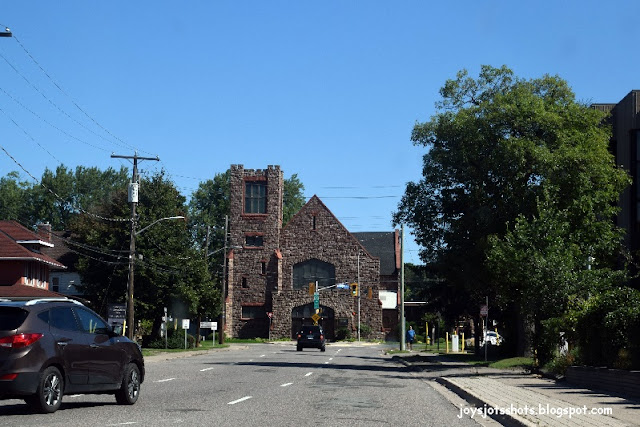 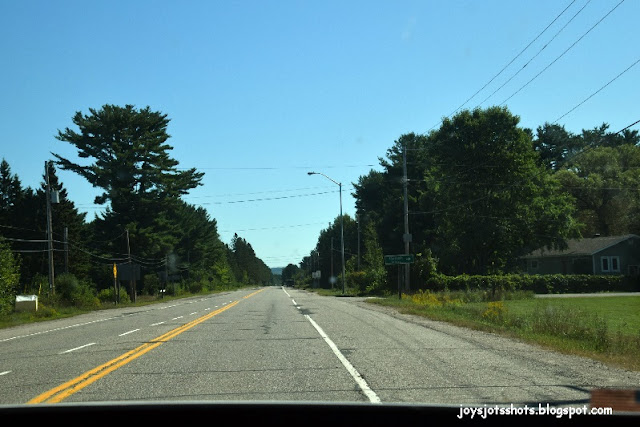 The highway began as a very rough ride and continued so. 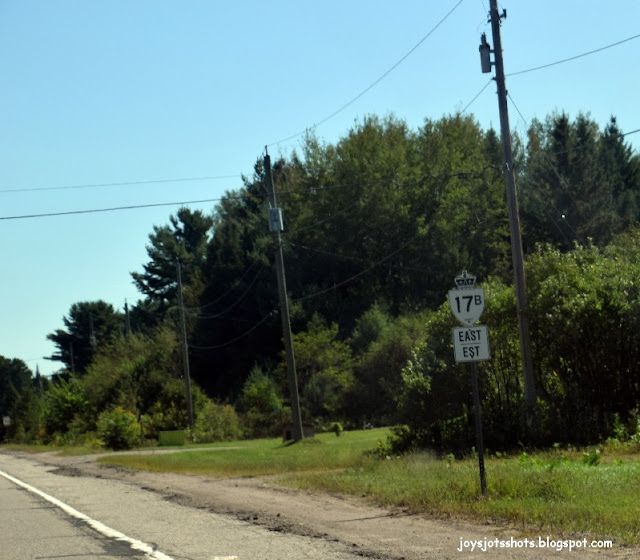 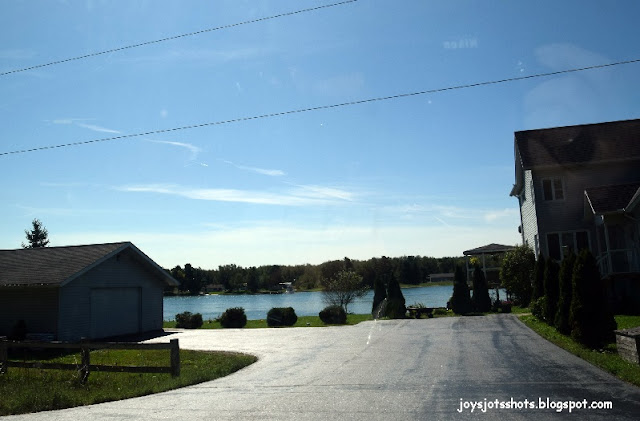 Like Michigan, we began to see lots of lakes. 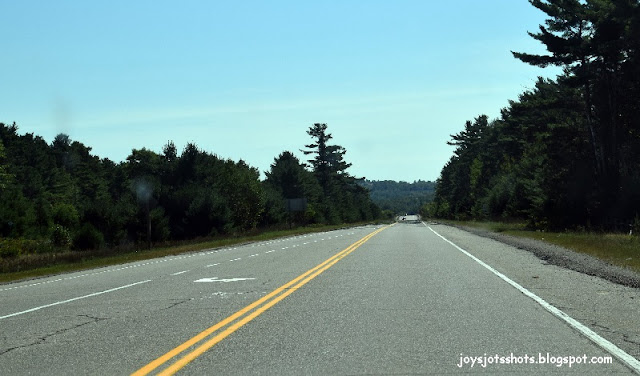 While the road looks very smooth here,
IT WAS NOT!
A very uncomfortable ride.
This was Mr. G's first impression of Canada.
Thank goodness I had seen nicer parts of Canada before. 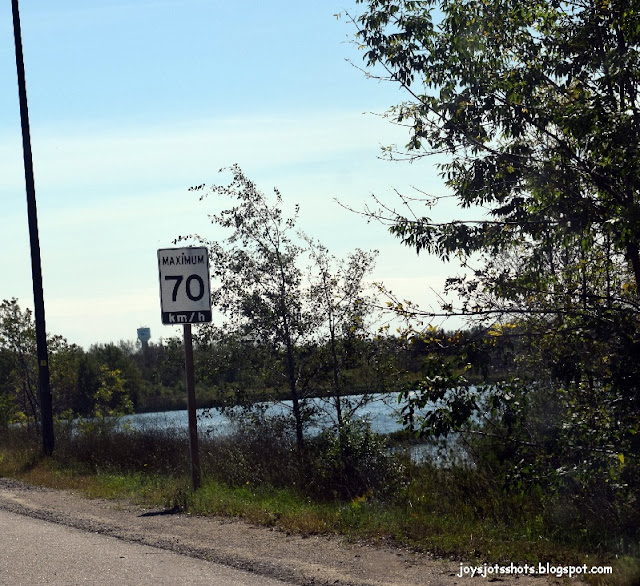 We followed the speed limit exactly,
using our speedometer as they all are marked in kilometers.
Sometimes we wondered though,
if we were reading it right, because it always seemed we were backing up traffic.
70 km/h is actually under 45 mph.
This was open rural highway,
but the blacktop was very rough. 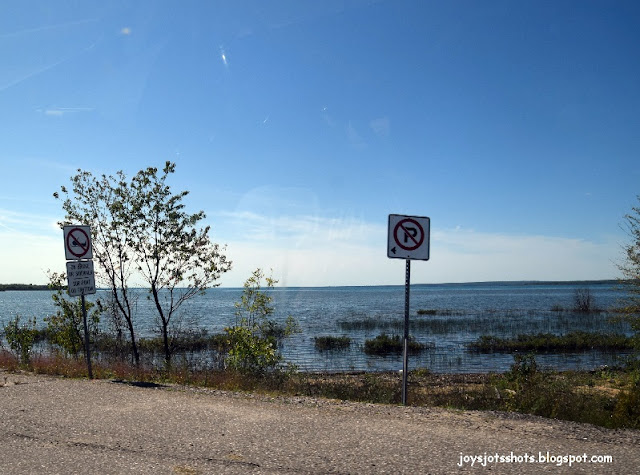 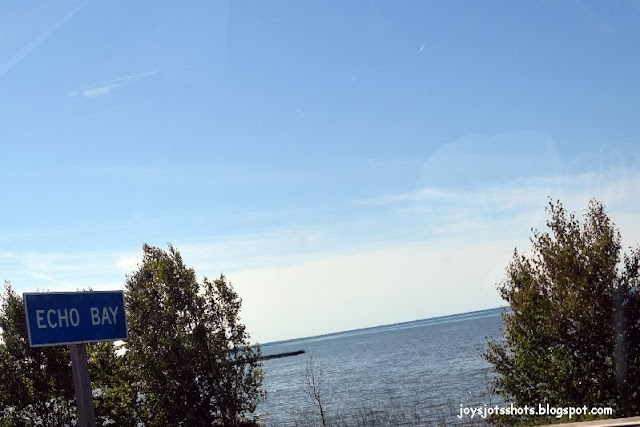 A peek at Lake Huron 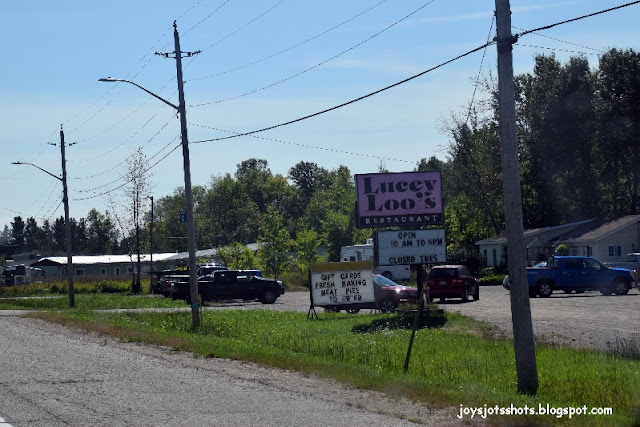 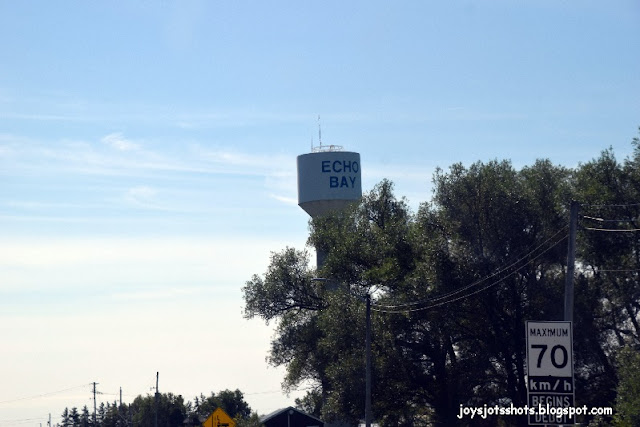 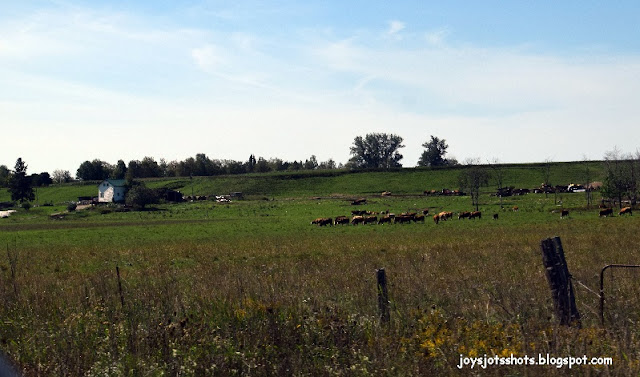 Places reminded us so much of Kentucky. 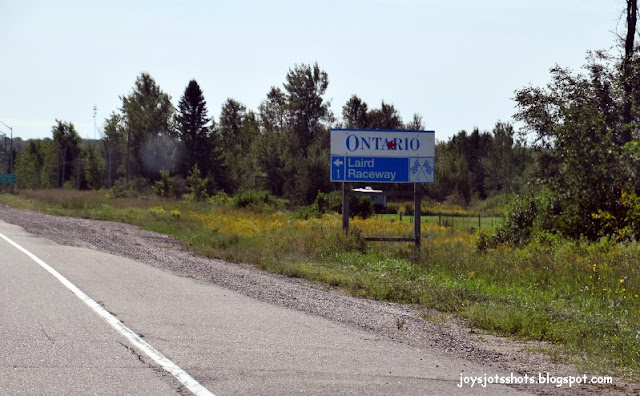 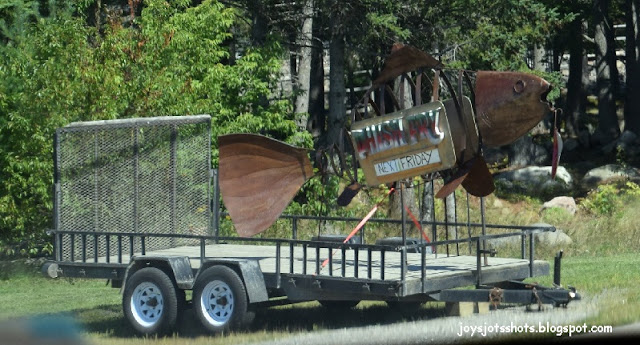 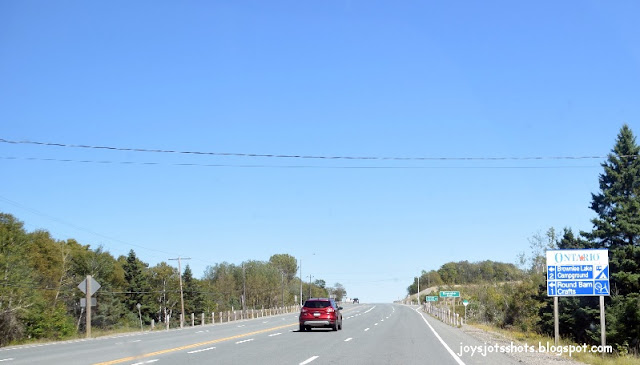 We got to travel about 20 minutes on a new four lane highway,
where the speed was still marked 70 km/h?
Everyone was passing us like we were standing still,
but at least it was a smoother ride. 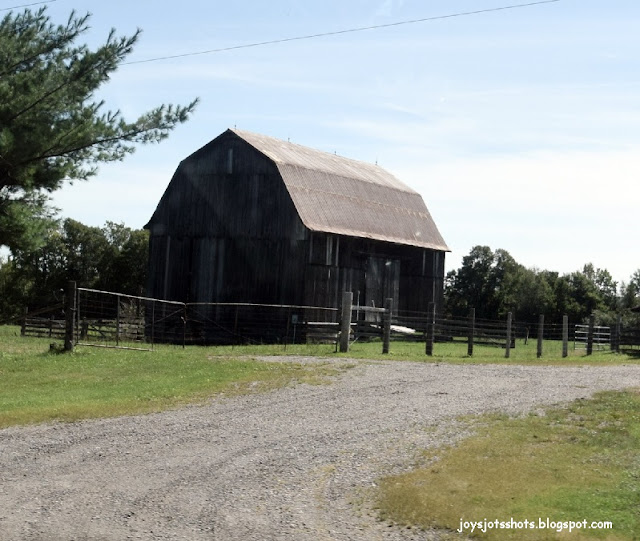 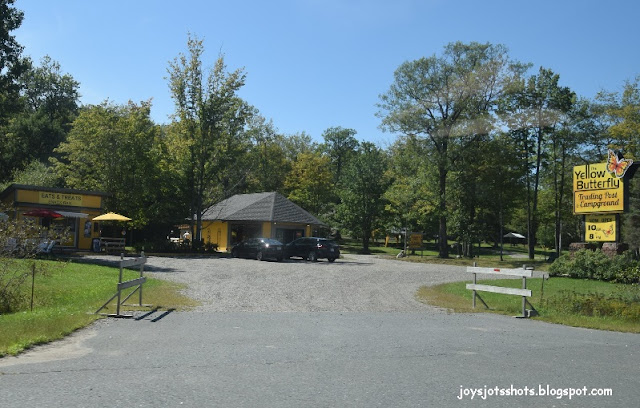 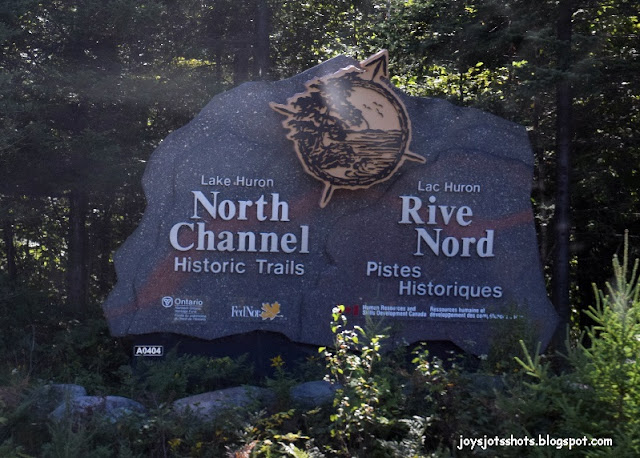 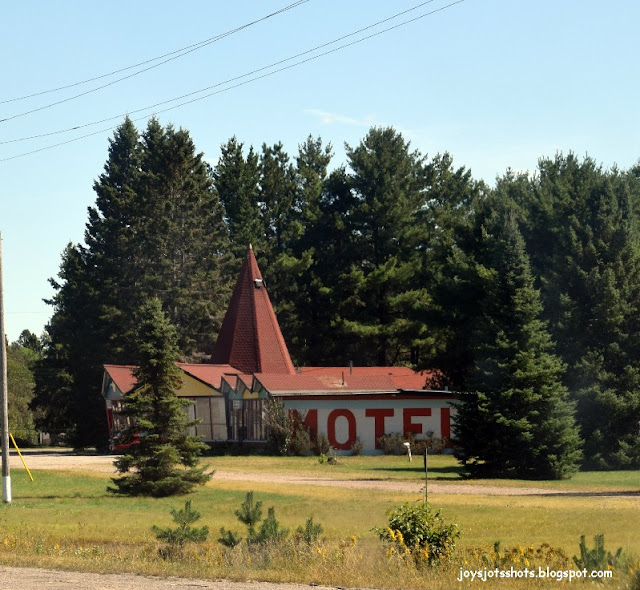 Also, it seemed there were what seemed like a lot of retro places still in business. 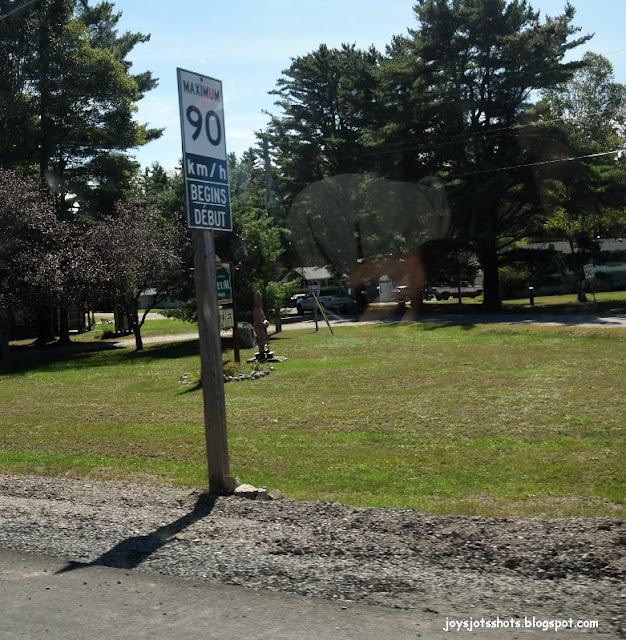 Finally, after traveling over 2 hours in Canada
and partly on a 4 lane interstate type highway,
we got to go 90 km/h ! Hey that's 55 mph !
I have no clue how the reflection of the bear got into the picture?
Possible it was on the other side of the highway? 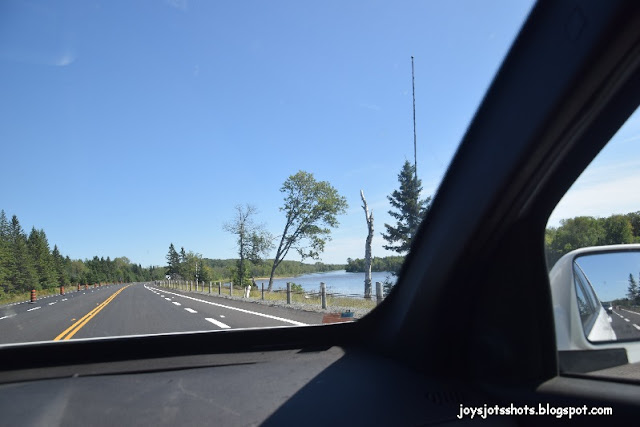 A new part of the road and we were doing at the speed limit
and backing up lots of traffic. 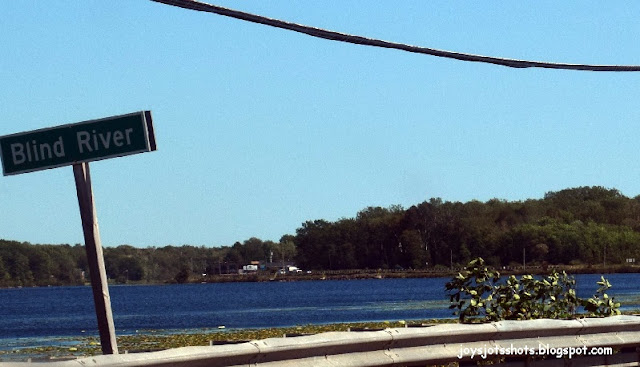 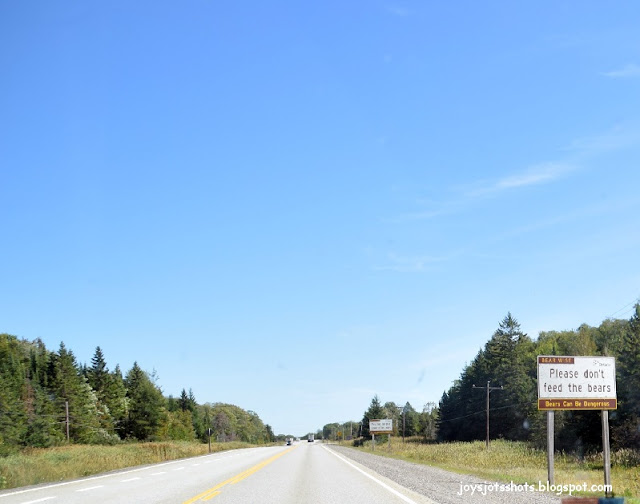 We didn't hang around long enough to see a bear.
We were trying to move along at speed limit so as not to back up traffic any more than need
nor over so as to get a speeding ticket.
However, you would have thought we were driving 10 or 20 under speed limit
as one lady passed us on this busy highway and gave us the most angry look.
Another beeped his horn?
Don't know if it was our speed or our Kentucky license plate
that was causing the reaction, but we tend to think it was our driving? 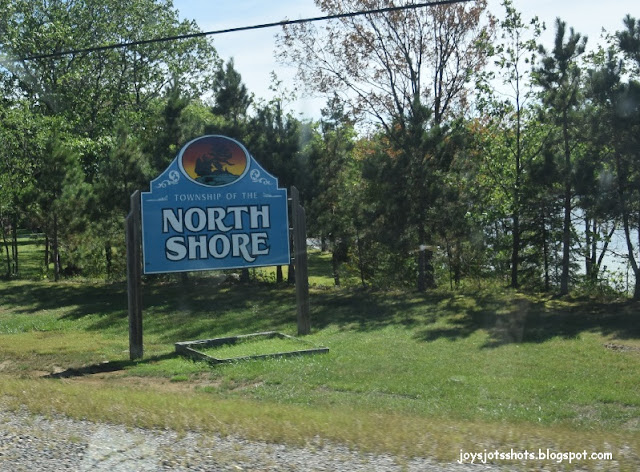 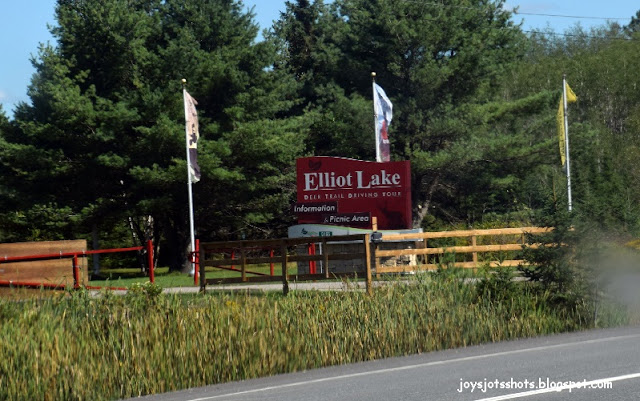 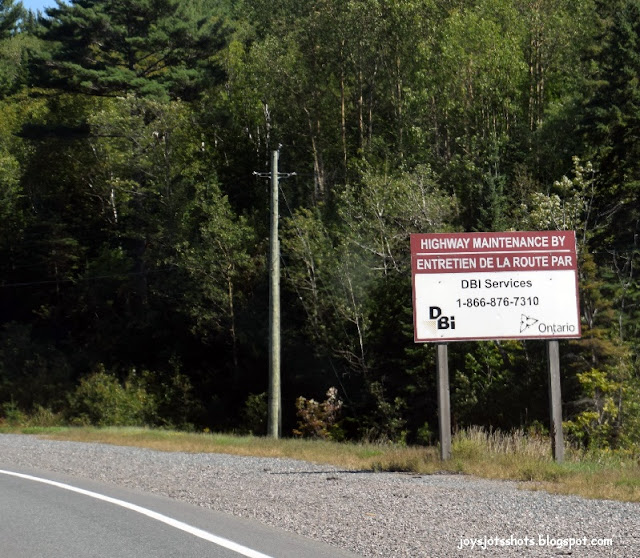 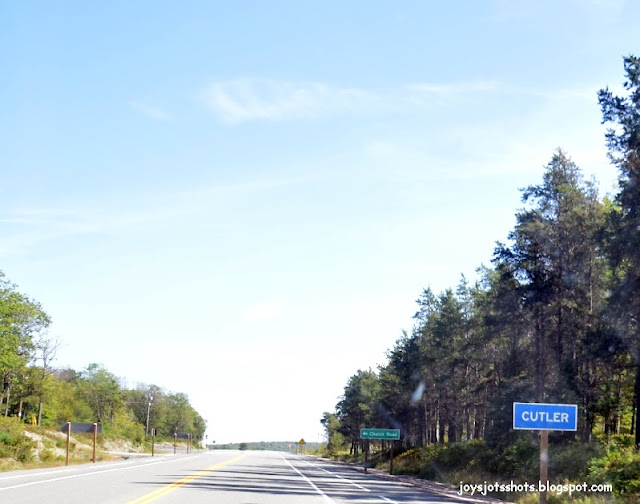 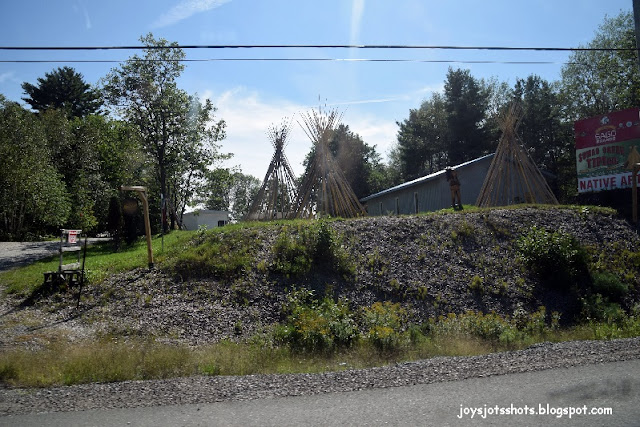