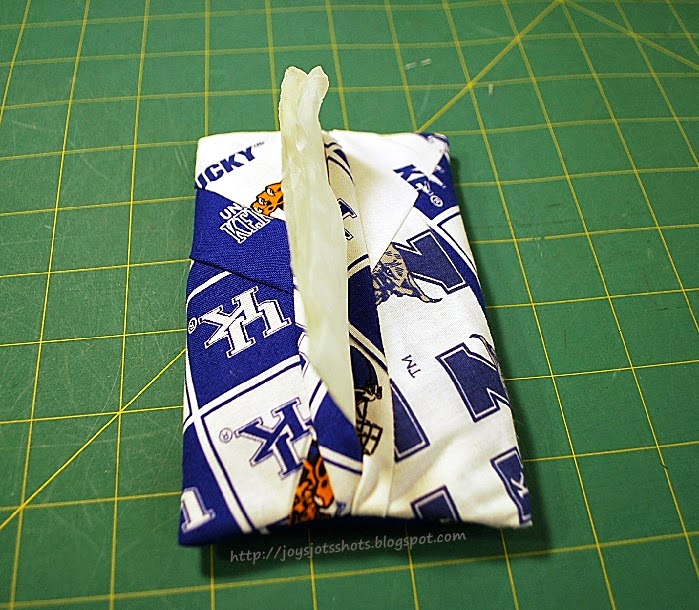 A few posts back, I showed how I did some impromptu sewing to make the fabric for this tissue holder. Some have thought you had to buy the little tissue packets to put in these holders, which you could, but you could also save some money and use the tissue you already have at home. 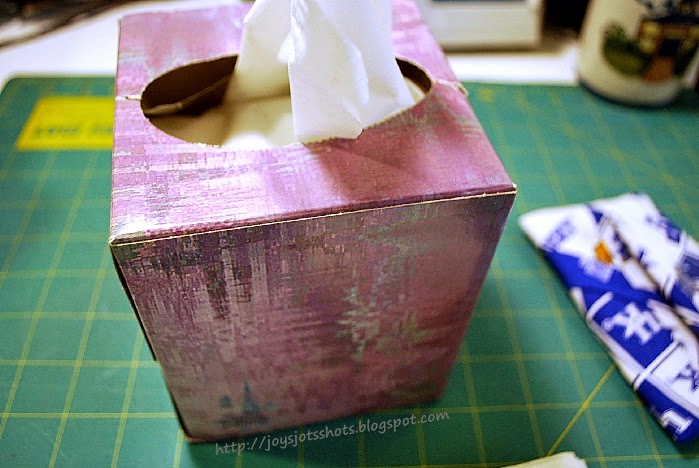 It doesn't matter the size or shape of your in house tissue box.  The tissue in these boxes are all the same size and folded the same way.  You can use these tissues in these little holders & you don't have to put them in one at a time.  You can stack these large tissues so they will pull out leaving the next tissue available to pull out.  Here's how:

Step 1:  Lay out about 6 tissues leaving folded like they came out of the box, usually in half. 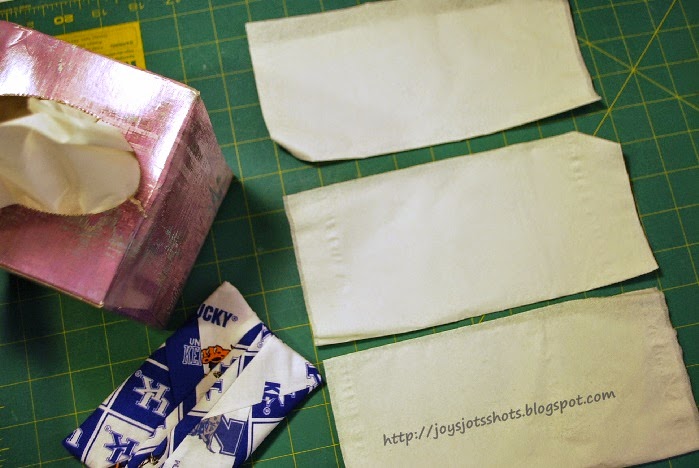 Step 2: Fold each tissue fan fold fashion to about the width of the holder. Notice below the bottom is pointing the the left and the top to the right. 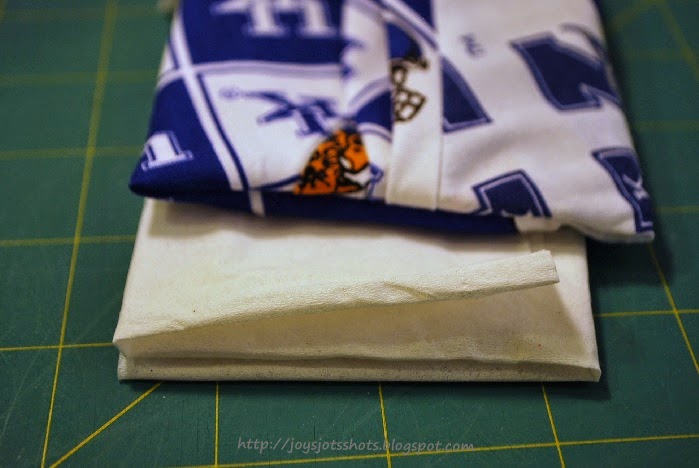 Step 3: Line the tissue up as you see below. 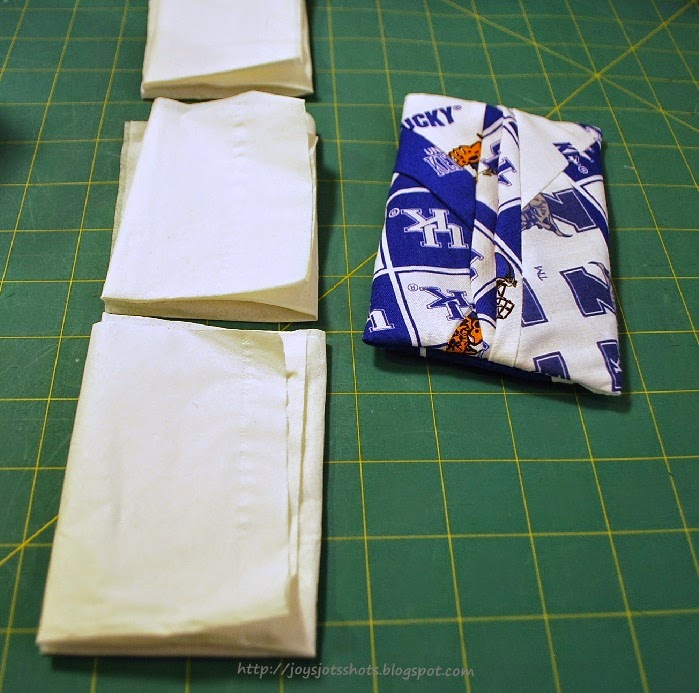 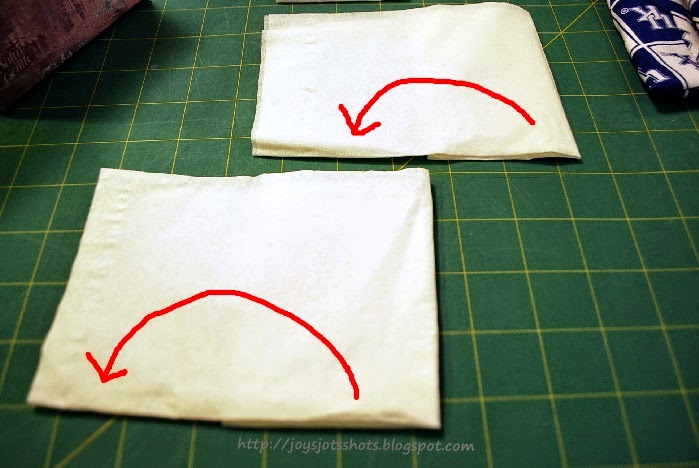 Step 5: Slide the second in row over the top of the first as seen below. 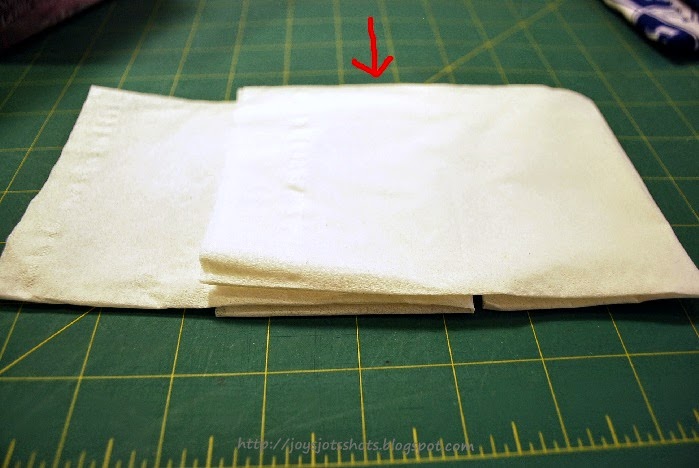 Step 6: Fold the left flap of the first as seen below. 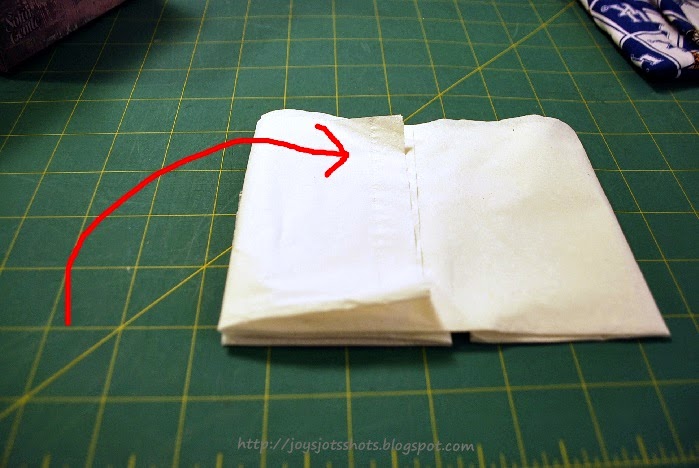 Step 7: Fold the remaining right part of the second over as seen below. 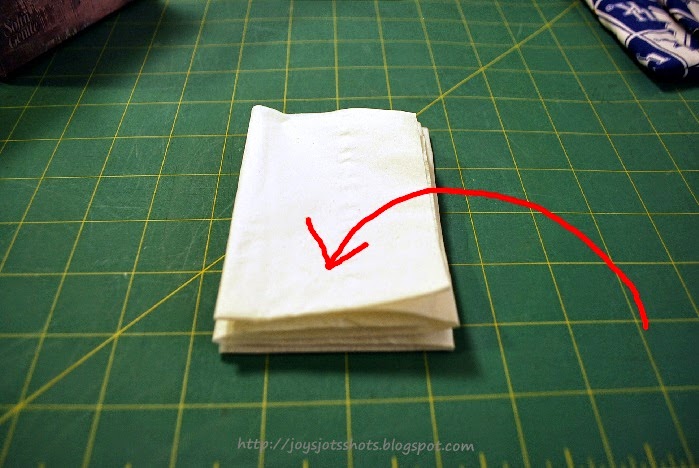 Step 8:  Take the top flap and open to the left as seen below. 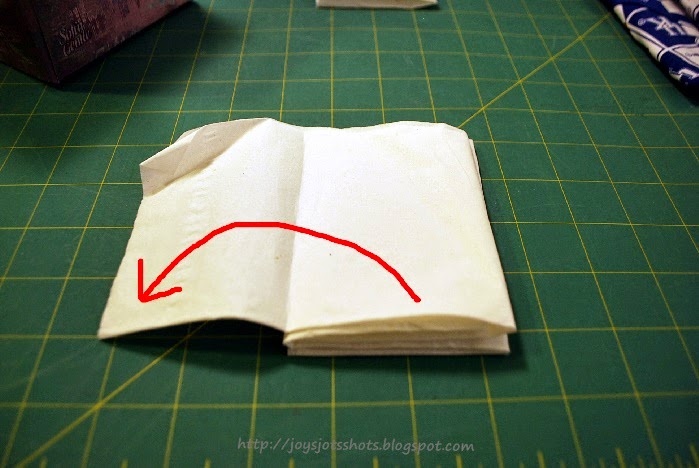 Step 9: Lay tissue #3 as you did in Step 4 above and continue Steps 5-8 until you have as many tissues stack as necessary. 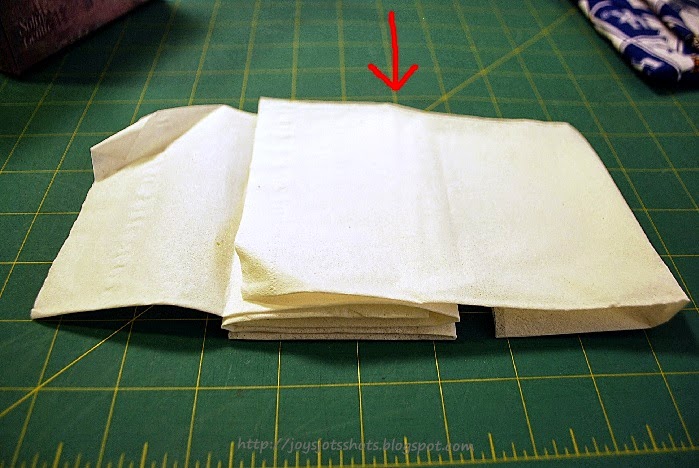 Then you are ready to take the entire stack and stuff into the tissue holder. 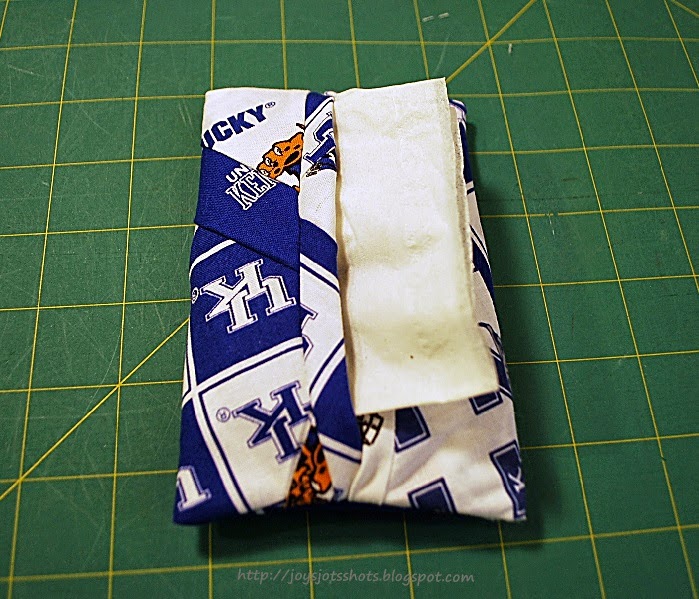 Pull out the first flap. Now, when you pull out a tissue, the flap of the second tissue will follow.