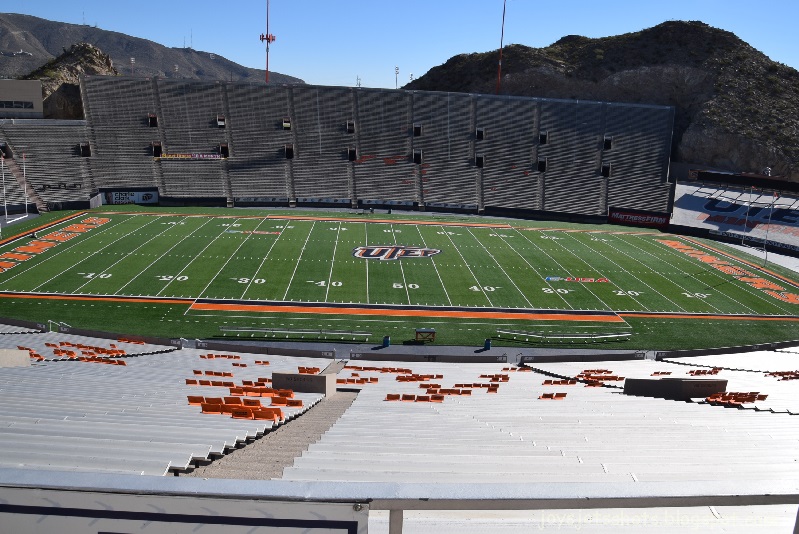 Yes, it's football weekend, but
after breakfast Mr. G wanted to know if I wanted to ride around El Paso.

So I took him to one of my alma maters, University of Texas @ El Paso. 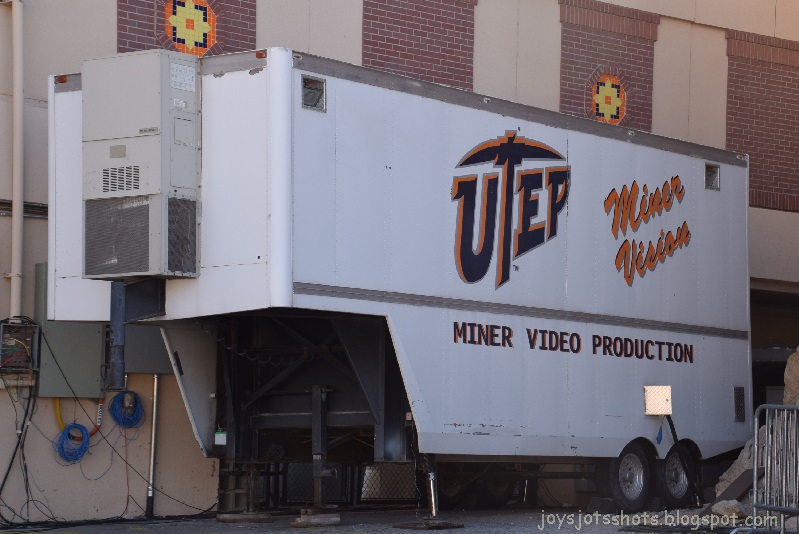 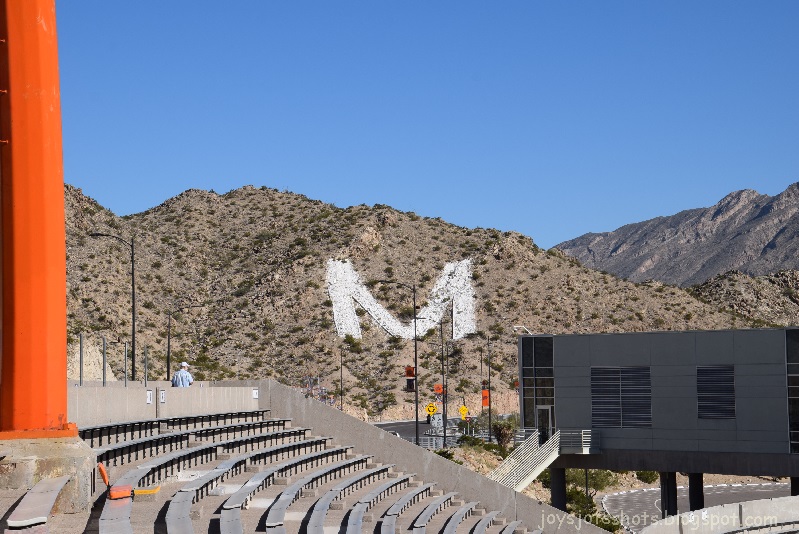 UTEP is where the New Year's Sun Bowl is held. 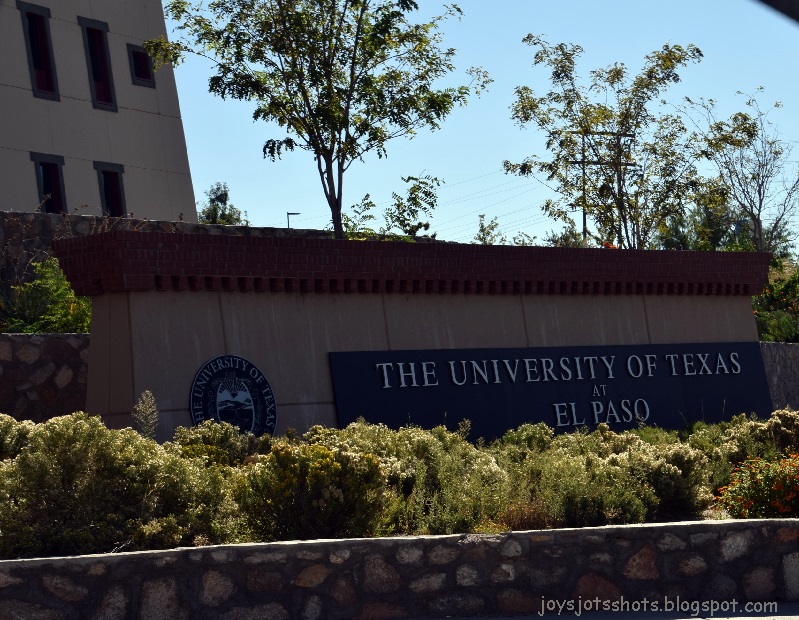 I acquired 40 hours there as an in state since my husband at the time was in the Army at Ft. Bliss.
I got my maximum amount allowed to transfer to Western Kentucky University
in 2 semesters and summer classes. 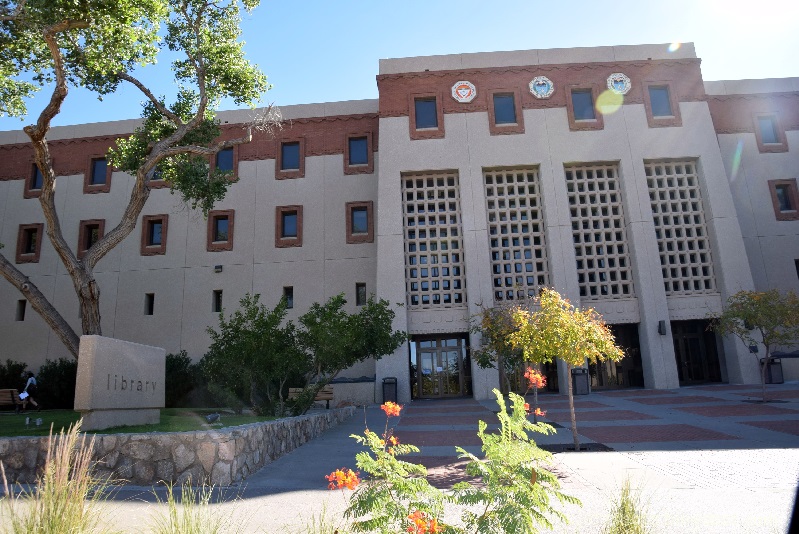 In 1972 the campus was small with small buildings.
The library was the newest building.
Apparently that building has either been rebuilt or increased in size. 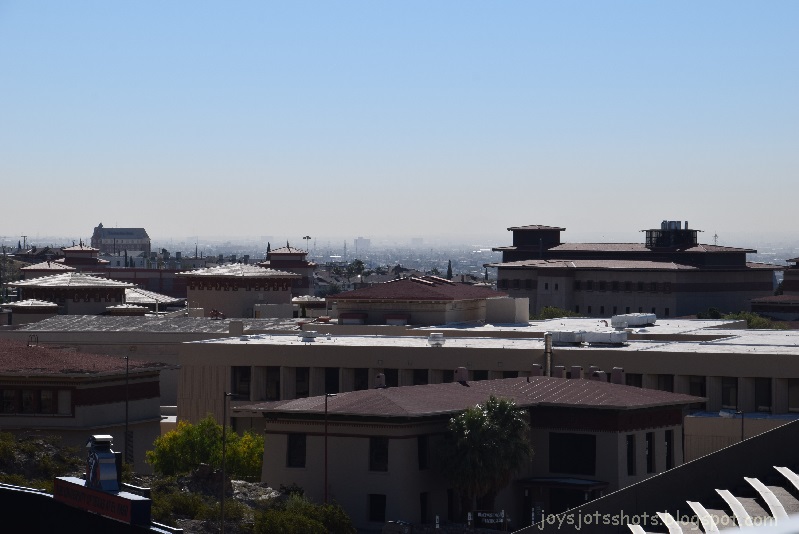 Now there are more large buildings.

I used to sit in the library and look out over to Mexico,
where I would view cardboard shanties.
Now you can't do that because other buildings are in front of the library. 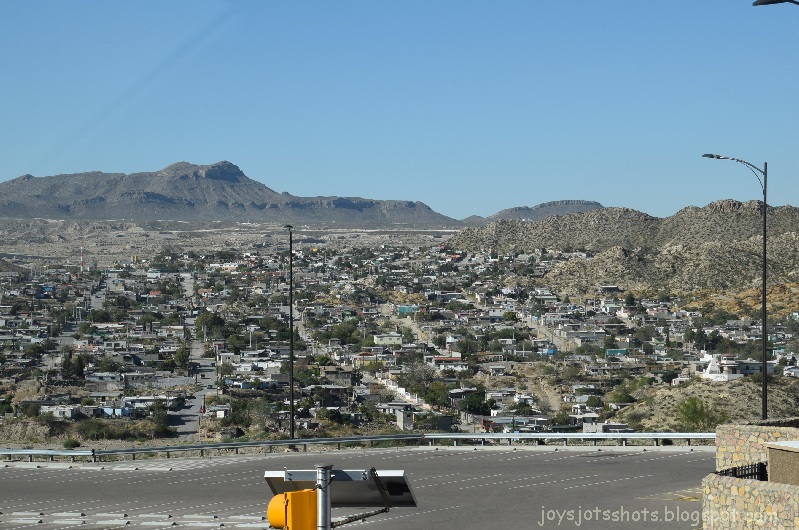 Today, I don't see those cardboard boxes in Mexico,
but rather much better housing. 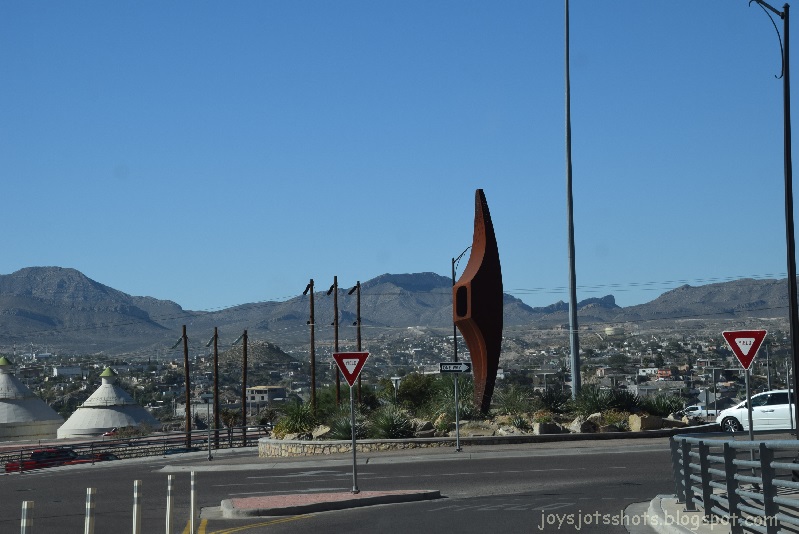 Another view looking at Mexico from UTEP. 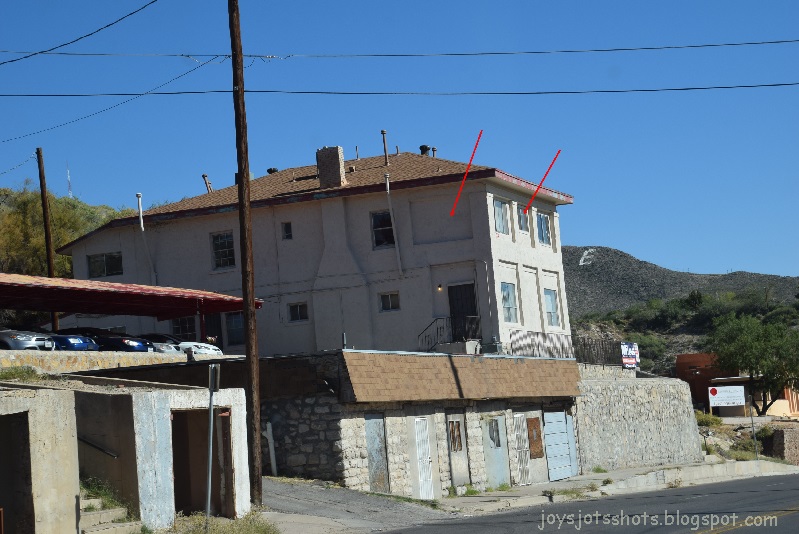 Second Apartment.
We were upstairs, street side 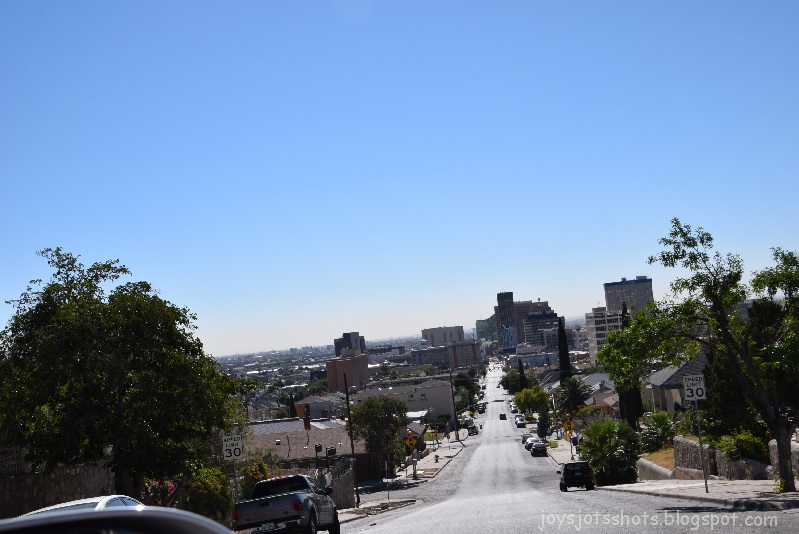 where we had a beautiful view of
downtown El Paso and Juarez at night time.
This was on Shuster St. which was about 4 blocks from campus.
I either walked to campus or rode my bike. 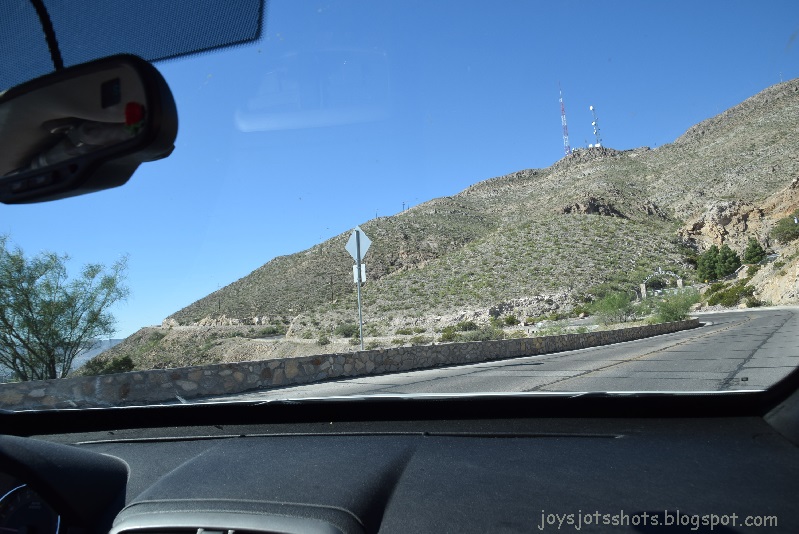 Close by we rode Scenic Drive which ran along the mountain behind the apartment. 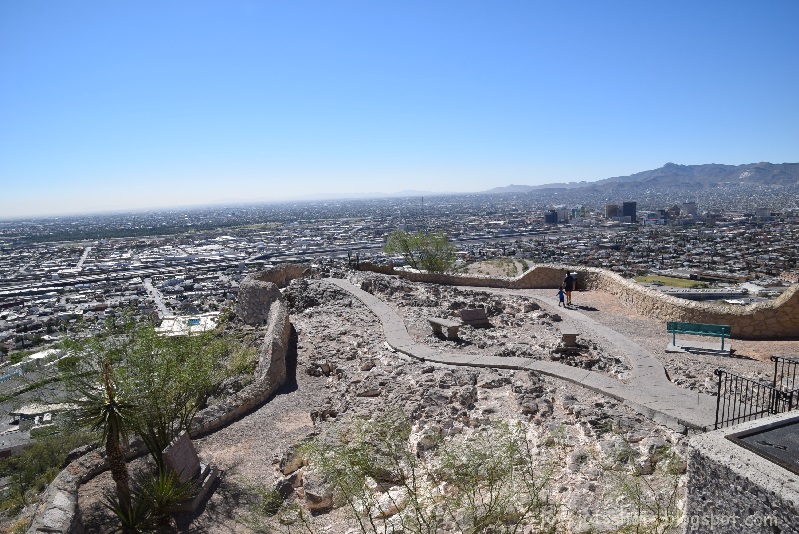 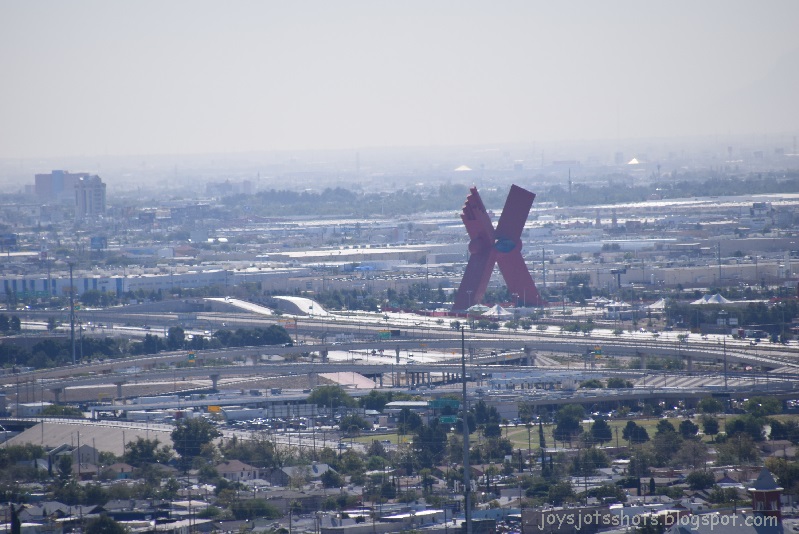 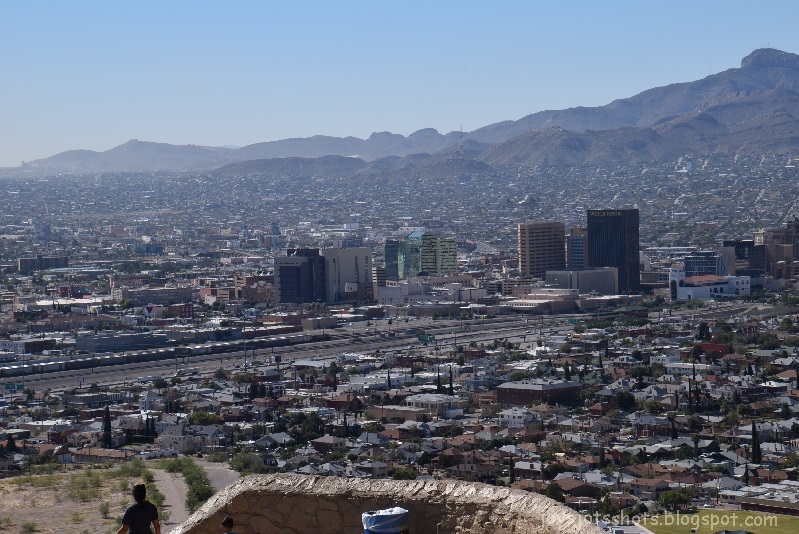 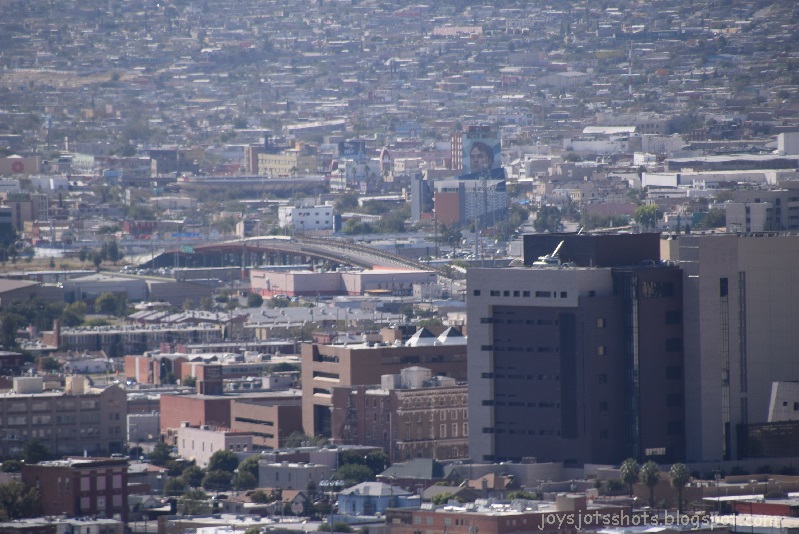 If you can find a bridge, that was the entry when we lived there.
You had to go through downtown to use that entry. 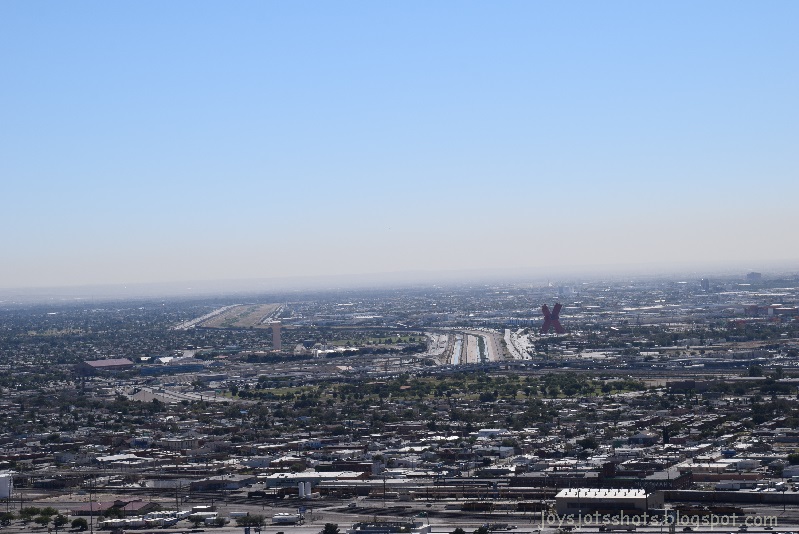 The new entry is much wider.
This view also shows the Rio Grande River.
Mr. G was surprised like I was the first time I saw it.
It's not a large river.
Matter of fact, sometimes it's barely a stream.
Concrete covers the river bed so flooding can't cause the river to change
which would change the border. 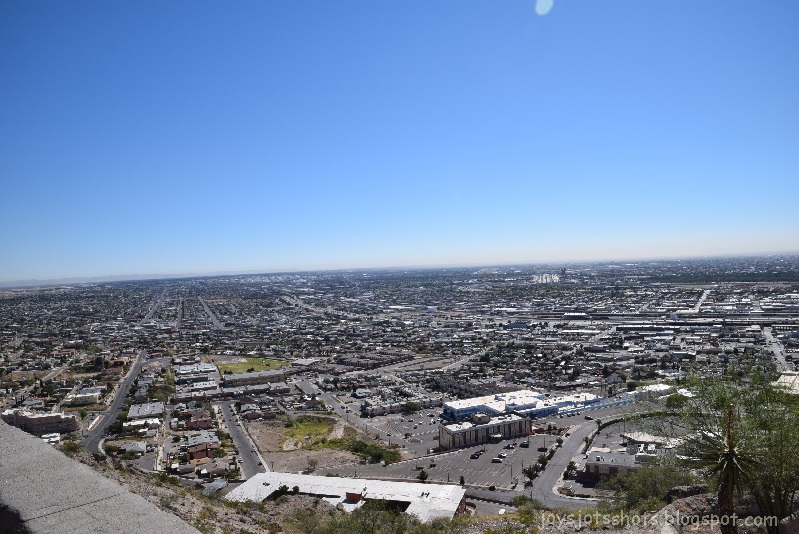 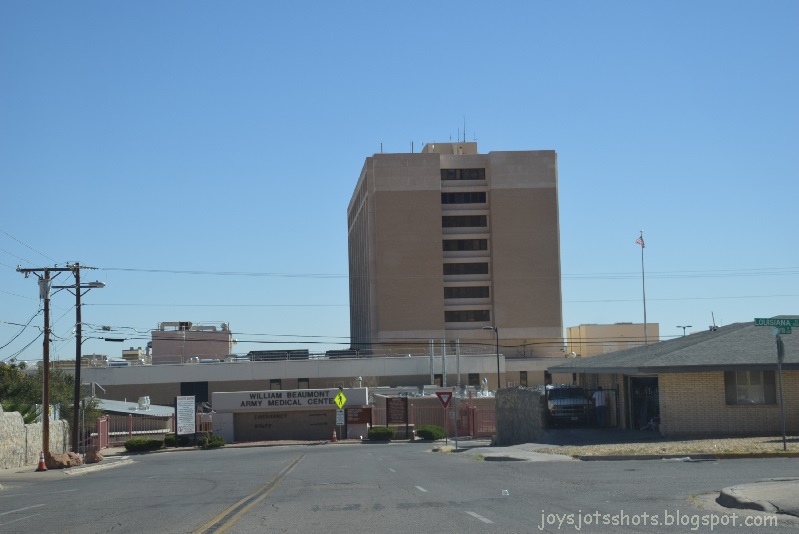 William Beaumont Hospital Army Medical Center
This place was about a month old,
when my first daughter was born.
I felt very lucky. 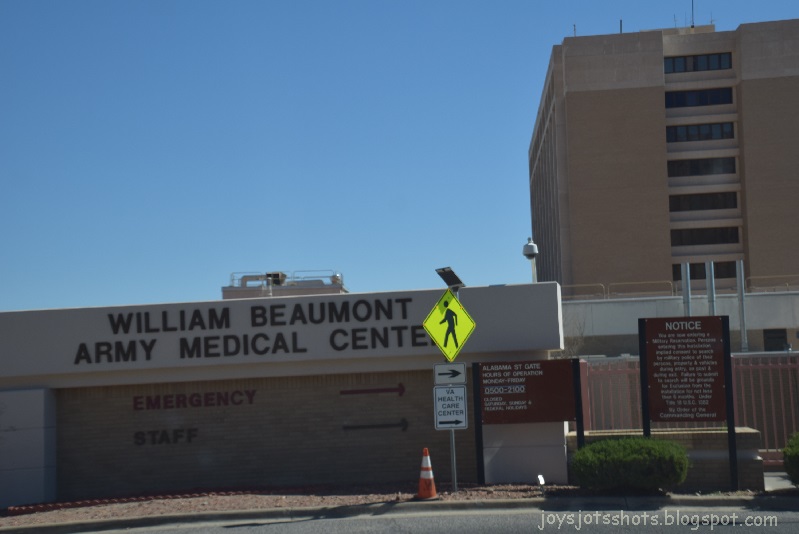 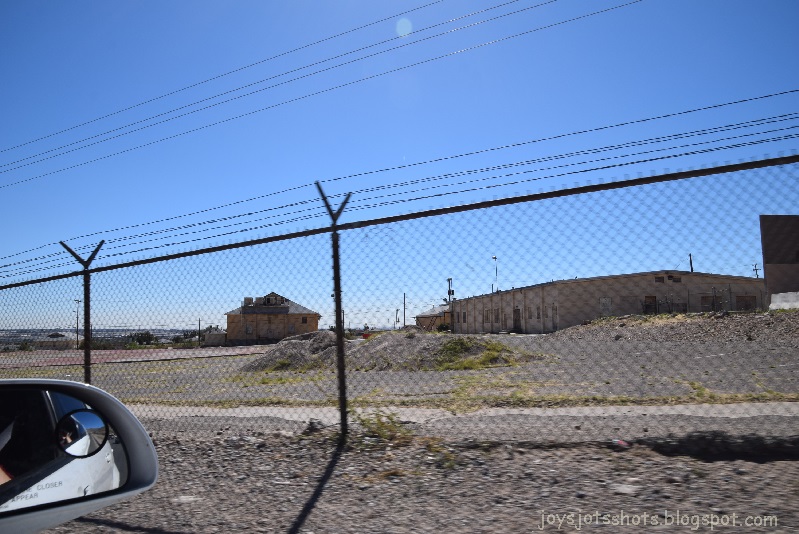 When I started my neonatal care, I went to a building like this one.
Each building was a different medical special.
As you can see, many of the buildings of the medical complex area have been torn down. 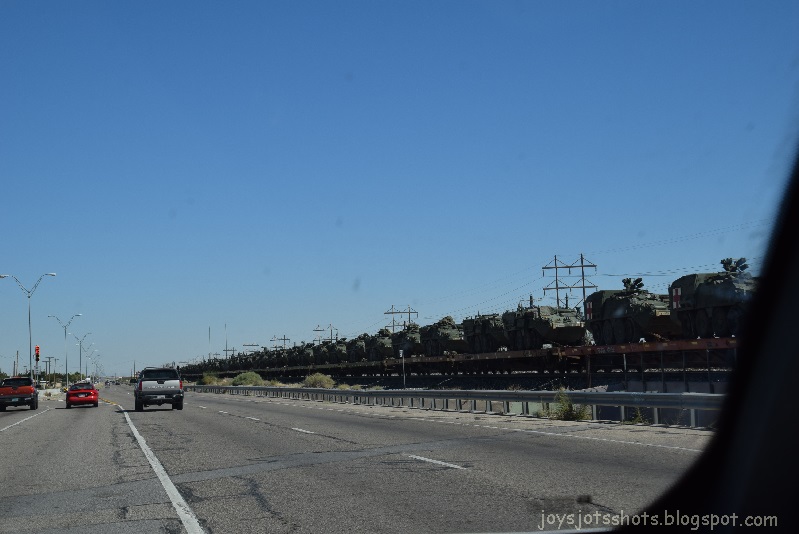 We couldn't find the place where we could get a visitor's pass to Ft. Bliss.
But, it was ok, because in that process, things started looking familiar which was a good thing because
last night I just couldn't think where our 3rd residence was located. 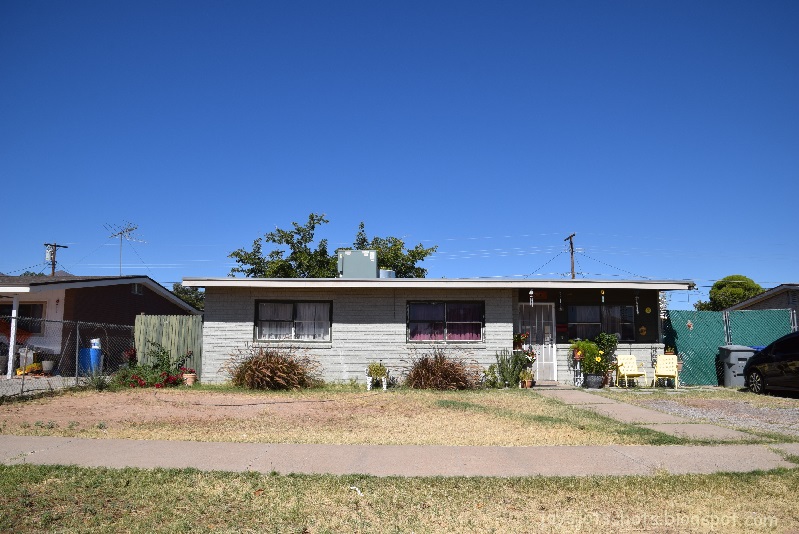 Because we needed more room for baby and I had studied all I was allowed
we found a house to rent.
The house is still green & I believe those are the same burgundy curtains we had?
One thing that helped me identify it was the tree in the back yard.
Not many of those.
Pikes Peak was the name of the street.
This was one of the only houses that didn't have an iron fence
or at the least bars on the windows.
I don't see people walking the street like I used to get out with the stroller. 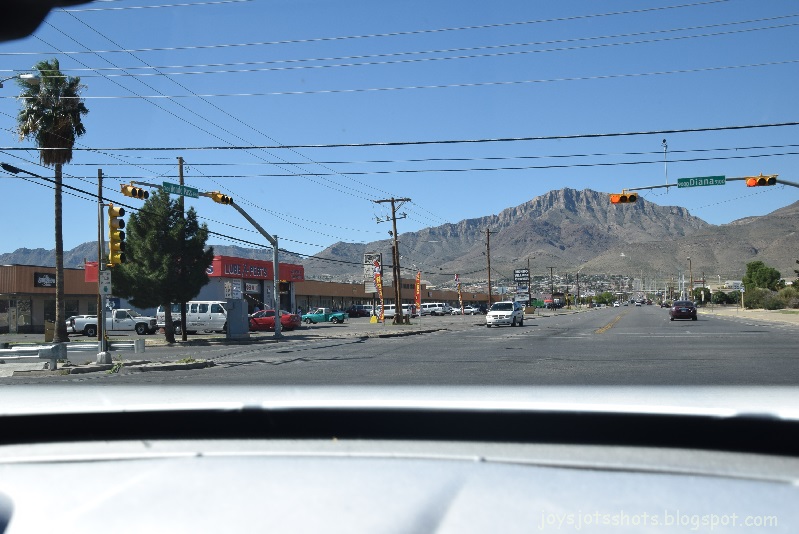 I remember one day, I took little Amy to this shopping center
when she was about 3 months old, to have her picture taken.
I believe it was a Kmart then. 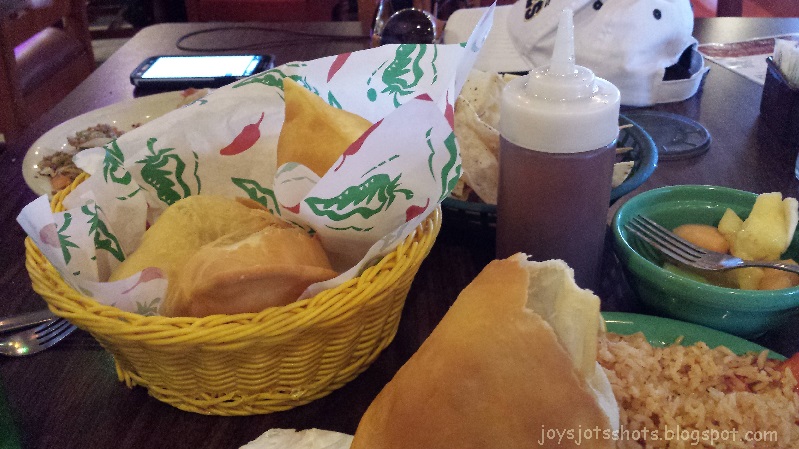 We drove back to the west side through an area that wasn't there 45 years ago.
We found a Leo's there which they say is a chain now.
Chips and salsa came before the meal and they were going to serve the sopapillas after the meal.
But, the old Leo's had served them with the meal,
because you bit off the corner, pour honey inside and ate it with the meal.
As you ate it, the honey would leak all over the food,
especially their baked chili enchiladas both green and red.
I was not a let down like I thought it would be.  It was delicious !
Just not the same as in Kentucky. 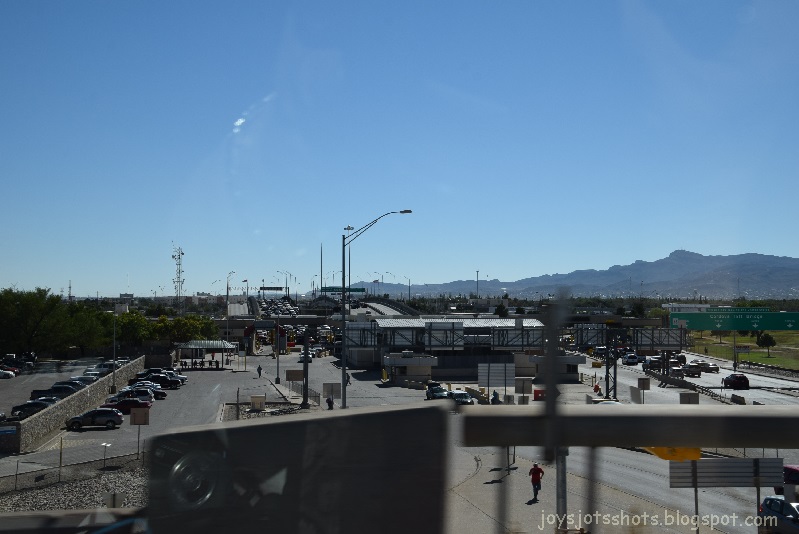 We drove back to the room on the road along the border and by downtown.
We got a peak at the border entry.