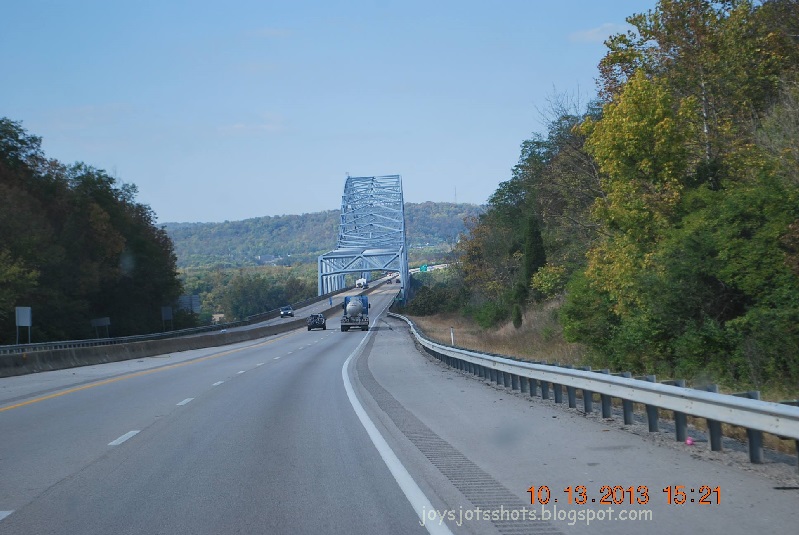 As we begin our next journey in a couple of days,
I can't help but start comparing this trip to our Route 66 trip.
We started our Route 66 trip 3 years ago on October 13, 2013.
Some of the trees in Kentucky on the Ohio river at Cincinnati had just started changing colors. 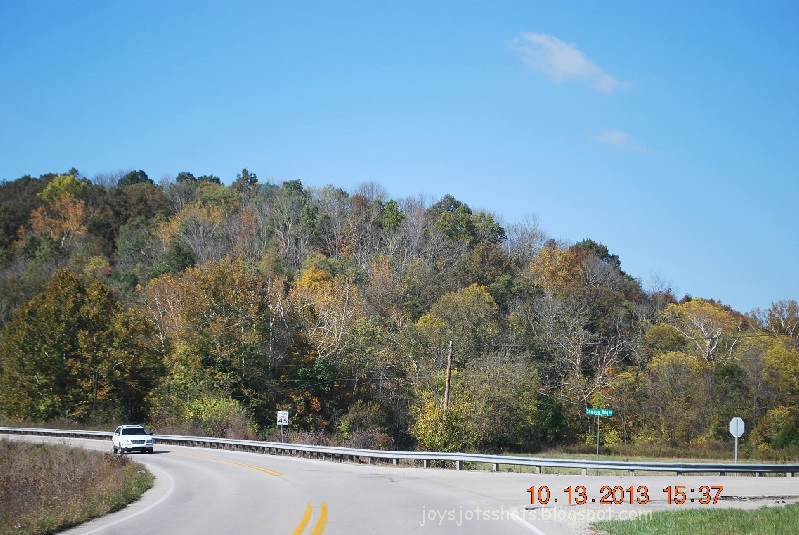 On the other side of the river, it changed drastically.
Notice many trees don't even have leaves.
It had been a dry summer. 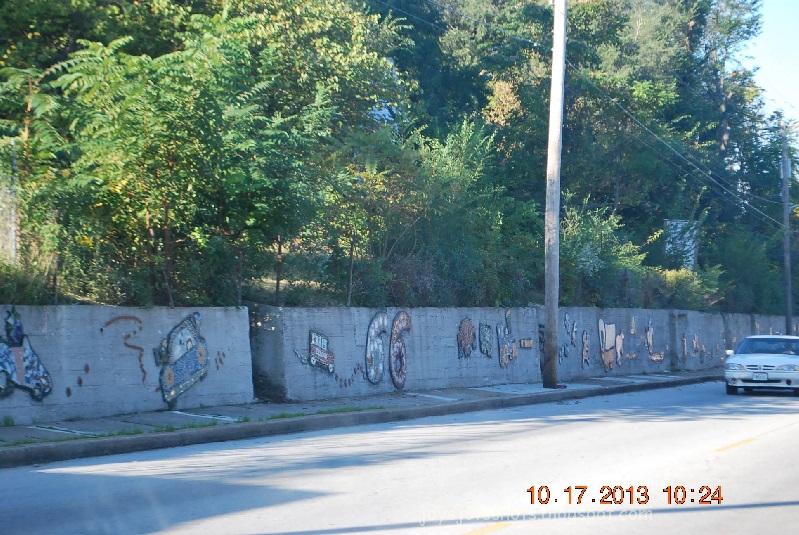 Four days later after starting Route 66 just south of Chicago,
we had ventured south quiet a bit, I believe this was somewhere in southern Missouri,
and foliage became green again. 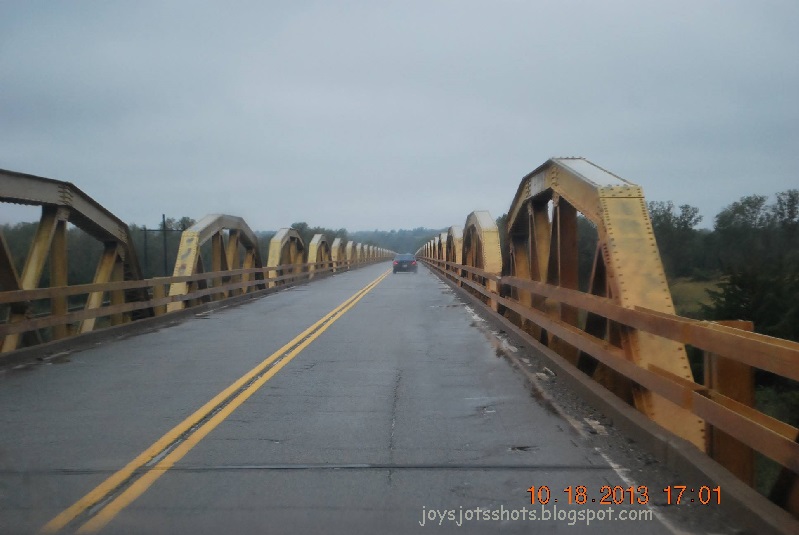 In my memory, I believe there was the only day of the 3 weeks we drove in rain
and drove most all day in rain.
This was a very old part of the Route 66 that included just the corner of Kansas. 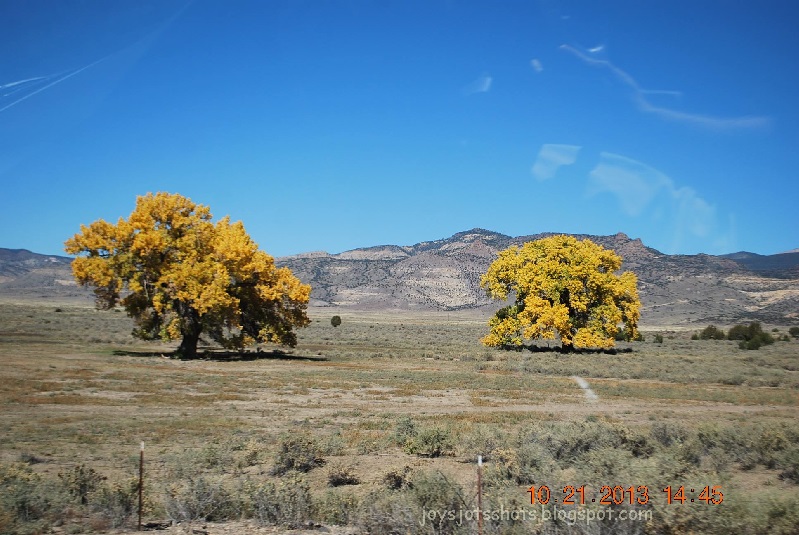 When we got to New Mexico, the most beautiful yellow colors started popping up.
Their complimentary color against the blue sky was spectacular. 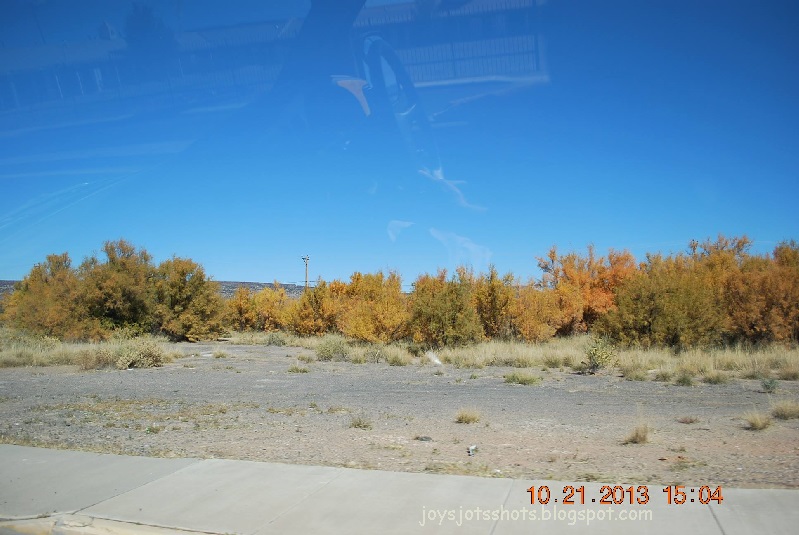 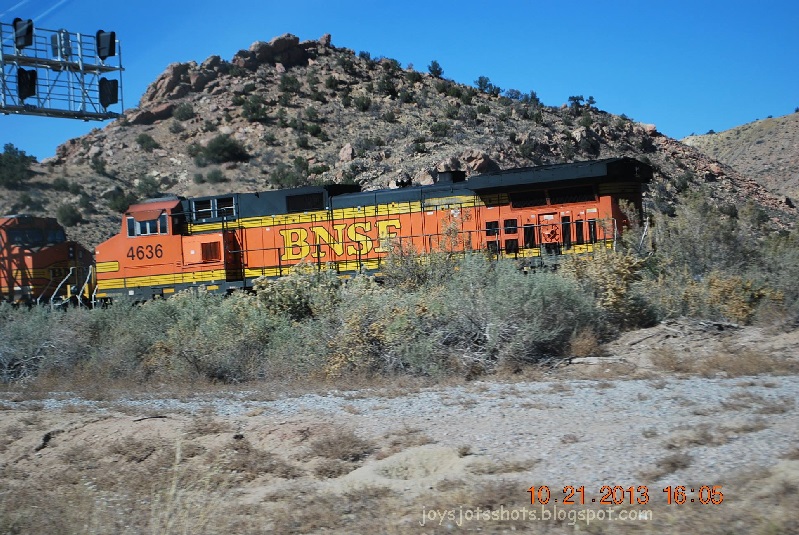 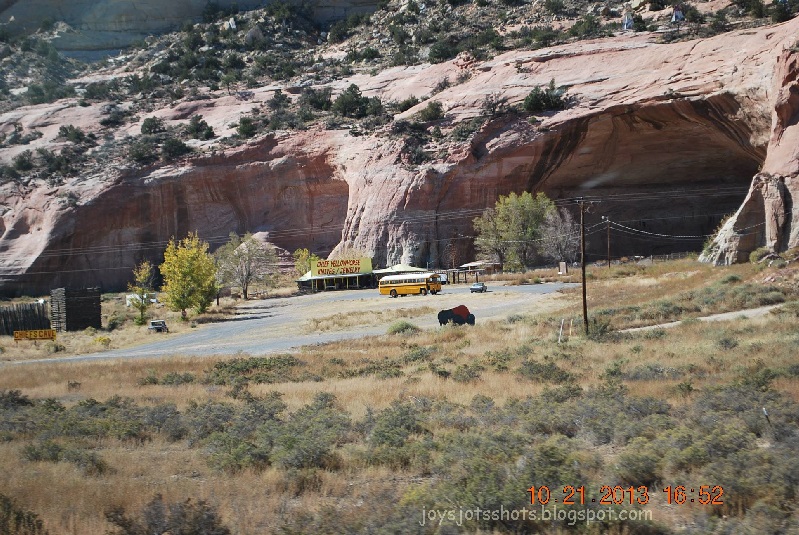 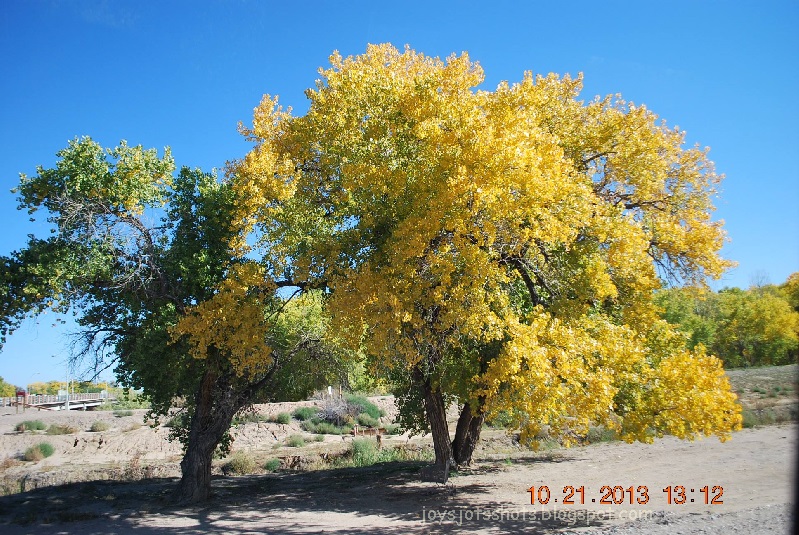 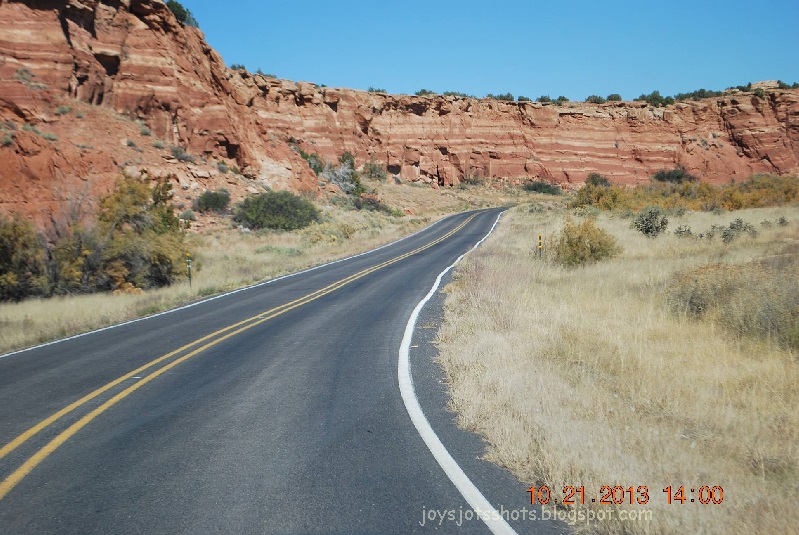 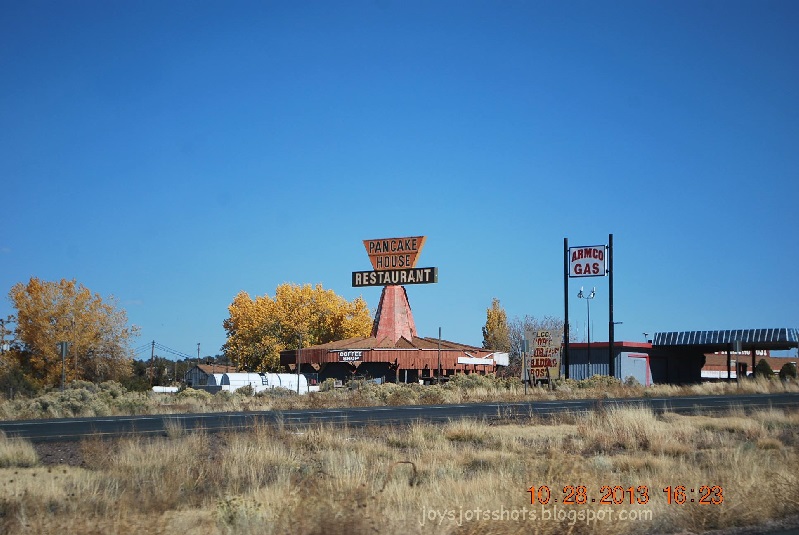 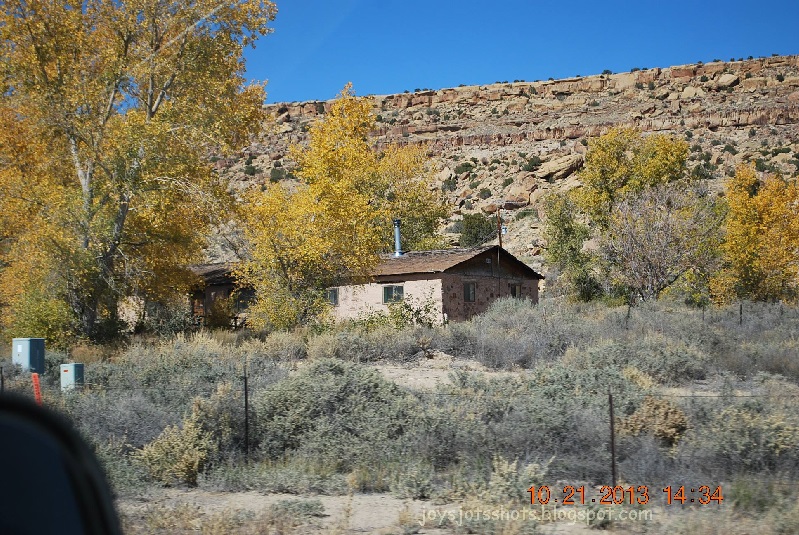 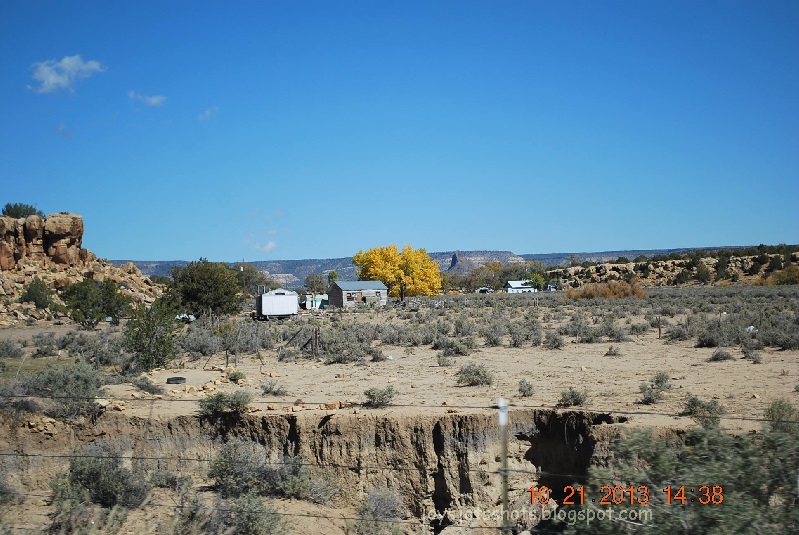 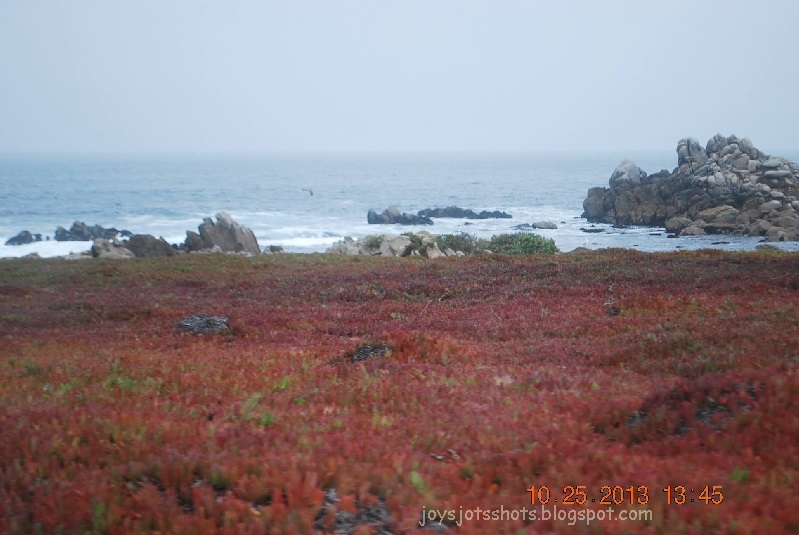 We even found special colors over on the coast of California. 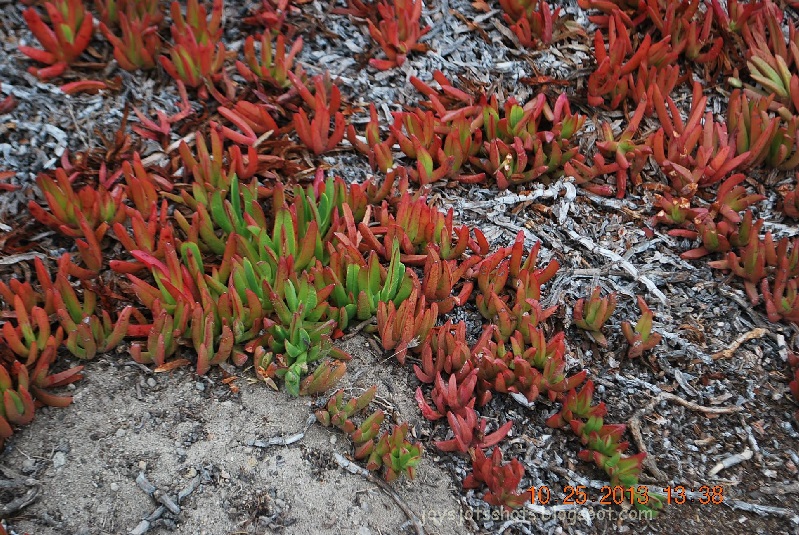 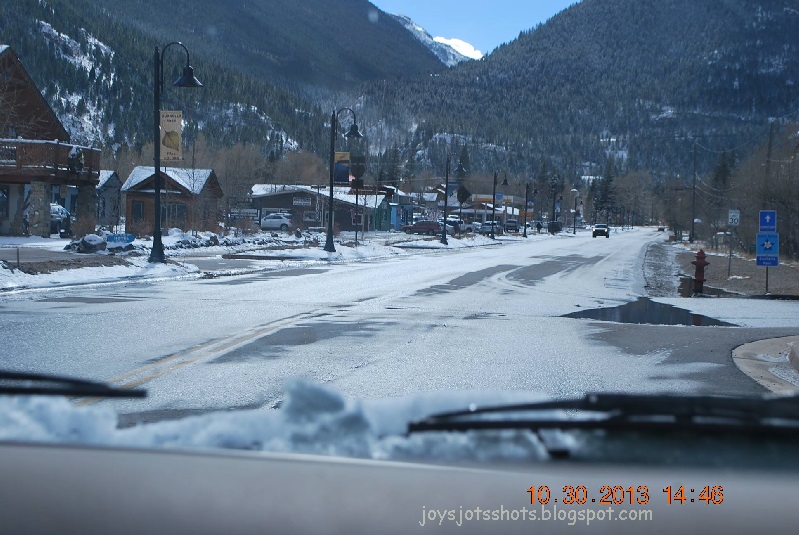 We didn't take Route 66 on the way back home.
Instead we ventured up into Colorado for a quick trip to see my cousin.
That night it started snowing a bit, & by morning they had a covering of snow. 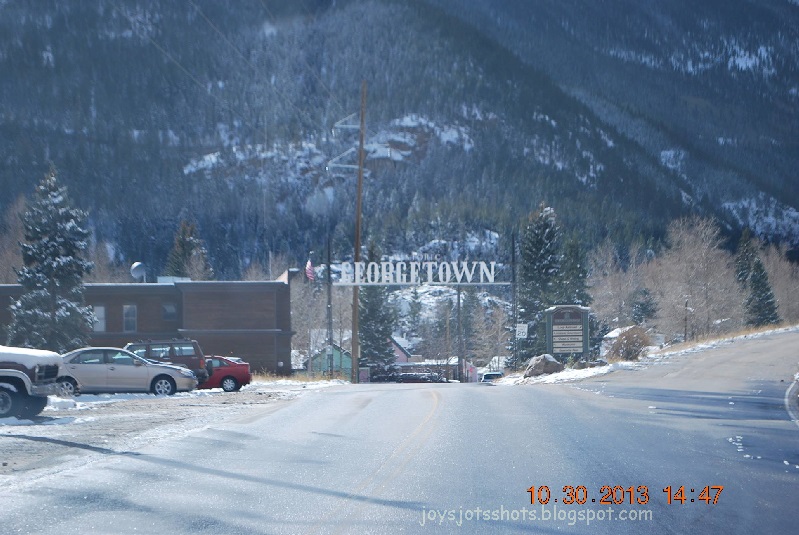 This beautiful little town west of Denver is located in a higher elevation than Denver,
so they do get snow earlier and later than most of us on this same latitude. 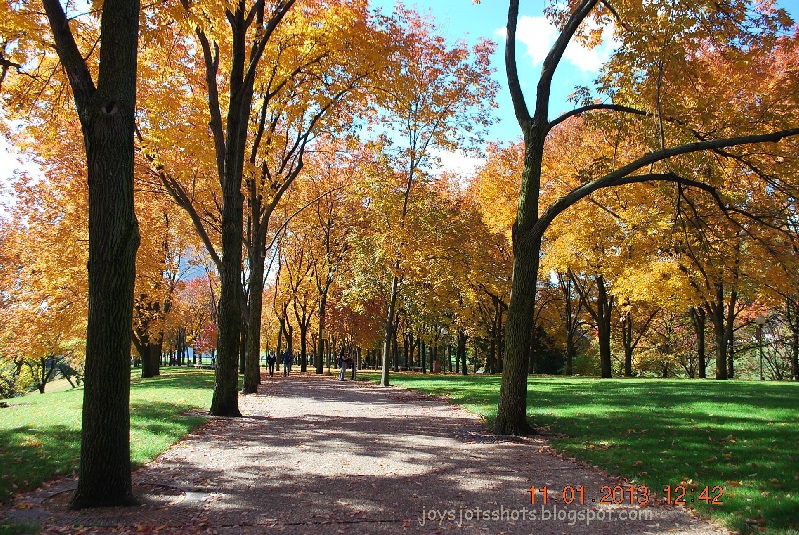 It was the PERFECT time to visit the Gateway Arch at St. Louis!
(which was closed earlier due to the Obama directive on our way out west) 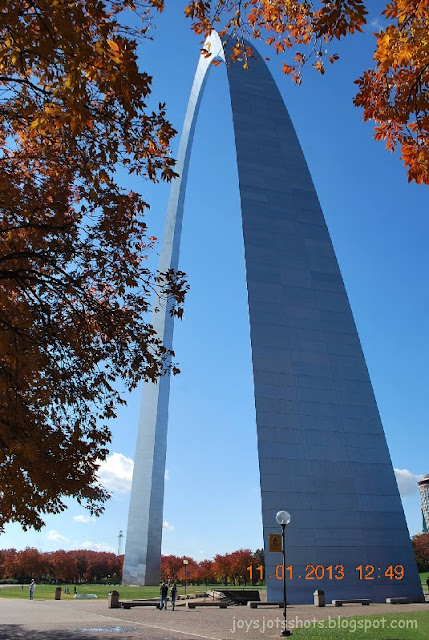 So I am glad we didn't see it earlier when the trees would have been green. 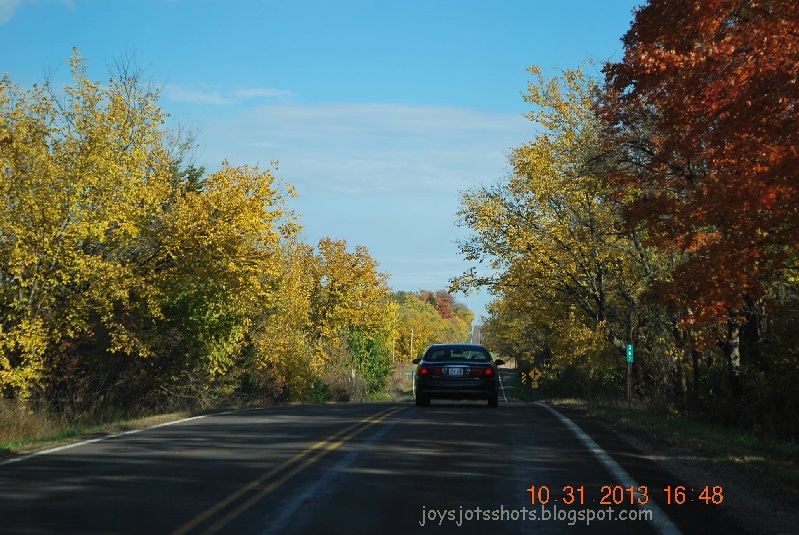 As we returned to Kentucky 3 years ago, the trees were looking beautiful.  As a matter of fact, Halloween had been moved because of horrible tornado producing type weather that developed. 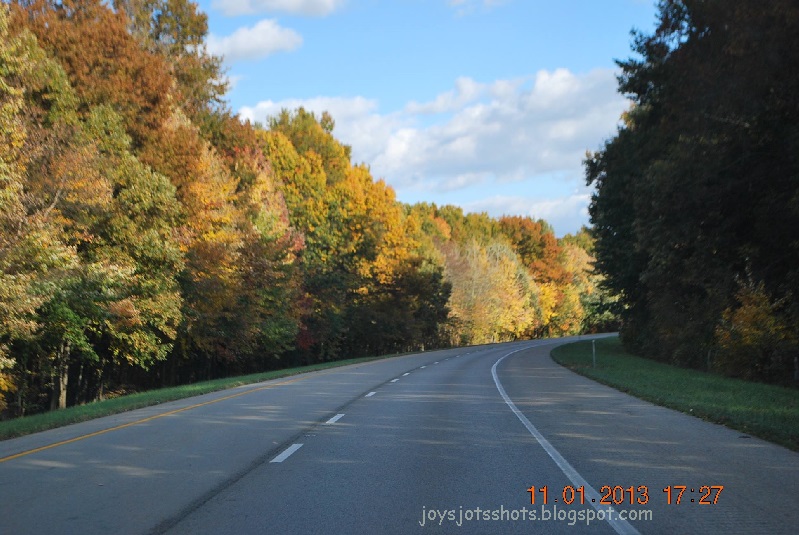 Since the experience of visiting Colorado in late October and seeing snow,
we realize snow comes even earlier in the northern Rockies.
So, Mr. G and I decided to visit the West again leaving right after Labor Day this year.
Hoping traffic will be lighter after the big holiday and
school finally gets started after Labor Day in the North,
(although school has been going on here for 3 weeks).
We love traveling in off season.
I'm SO excited!


We plan to return around the same time again this year that we did 3 years ago.
I'm hoping to see a lot of colorful foliage on this trip.
Stay tune to this blog starting Tuesday, September 6,
and ride along with us on Our Bucket List Trip
as I'll post daily as long as I have an internet link.


Photoscape for downsizing & watermarking photo & other alterations to pictures.