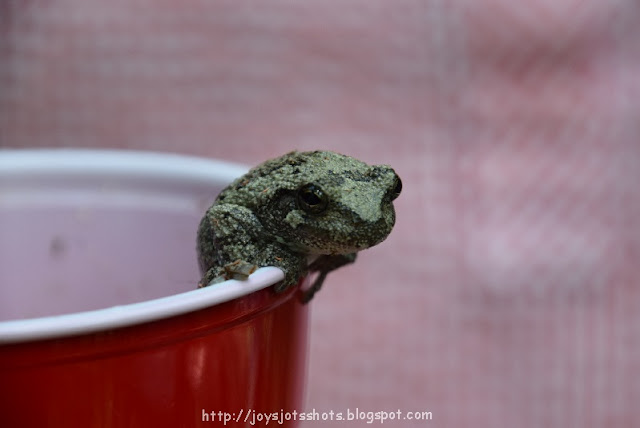 There was a little frog hanging around our conversation area on Father's Day. 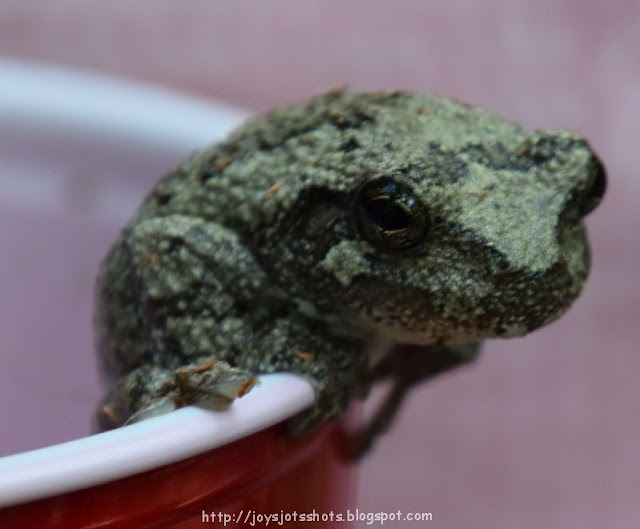 Grand children were afraid of this little creature,
as Grandmothers became curious of the little fellow. 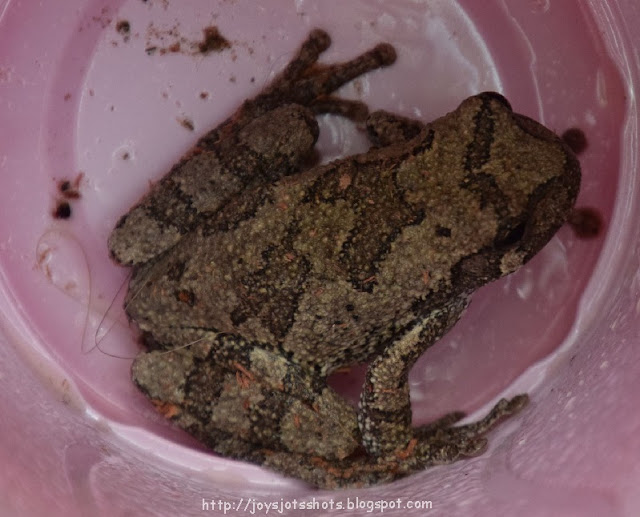 So he was captured briefly by one of the Grandmothers
while yours truly took some cam shots. 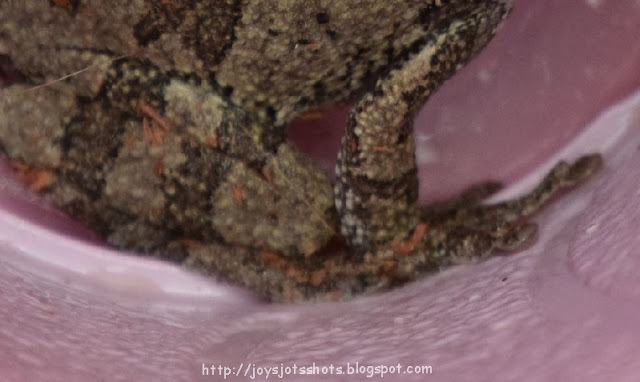 We were hoping to calm some Grand children's fears of this little fellow.
Actually, we were checking out those feet. 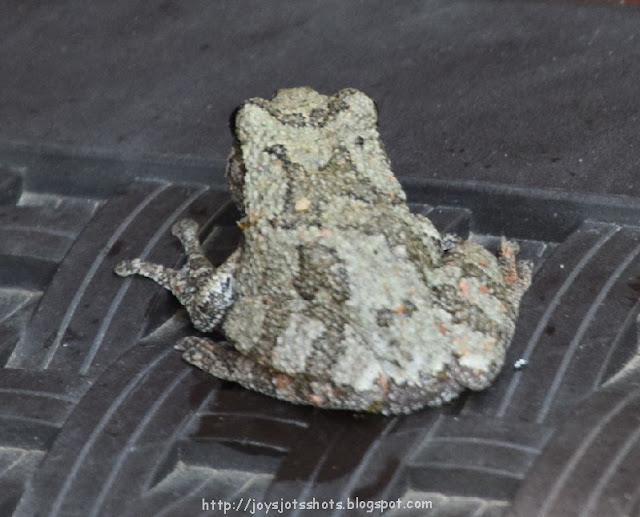 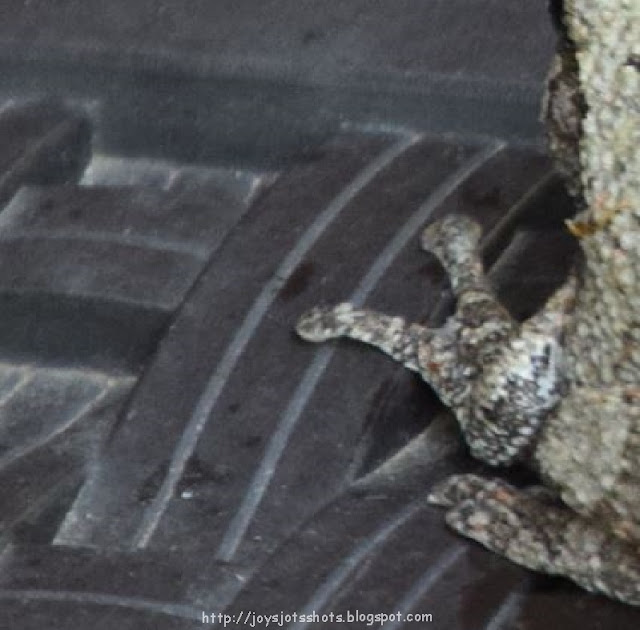 As the Father's Day Frog moved on,
and our discussion about the useful little insect eating critter continued, 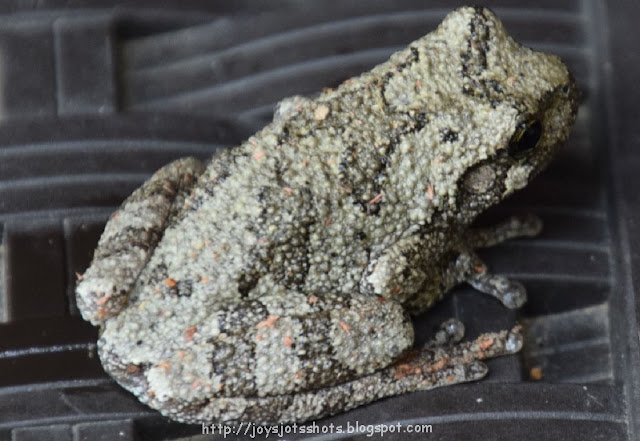 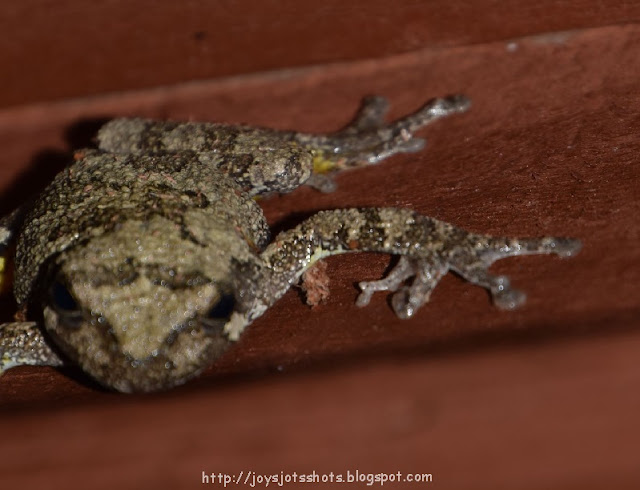 to accept this little thing with suction cup feet,
making his way up the wall.
Can't you see that smile on his face?
Just one of God's little creatures.


Photoscape for downsizing & watermarking photo & other alterations to pictures.