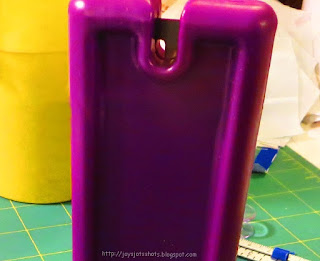 What is it?  Take a guess. It has been named Gizmo.
I used to use a razor blade as a seam ripper a lot.  I never used it to cut threads and never thought about it.
This is one of those, "Why didn't I think of that?" More importantly I'm saying, "I can't believe I bought such a simple thing."  It's only a razor blade stuck between 2 pieces of plastic.
(No I'm not being paid to write about this. I wish.) 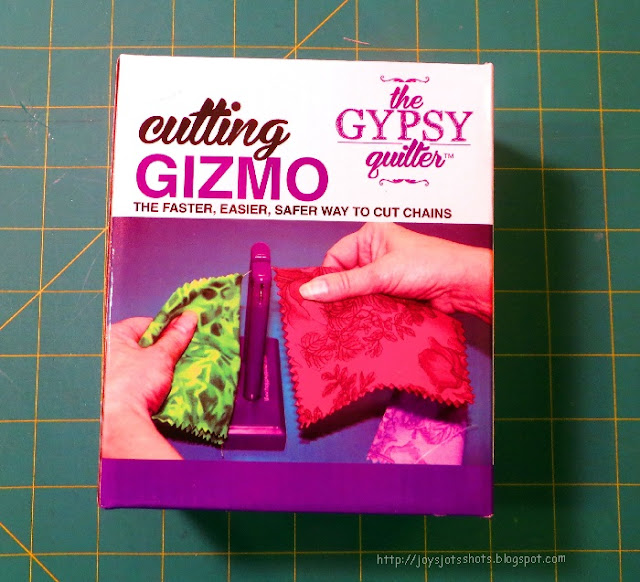 This is one of those "souvenirs" I bought in Florida this past September.  Mr. G was with me in a quilt shop, and brought this over to me.  He's a great shopper & many times sees the necessity in such things.  I'm slowly learning that when I turn away his suggestions, I'm soon wishing I had bought it.  At first I did say no to this simple idea, then second thoughts started happening.
The lady at the store I bought it from, said she felt the same way for a couple of years as well. Then she broke down and bought it and couldn't believe how much it sped up her chain sewing process. 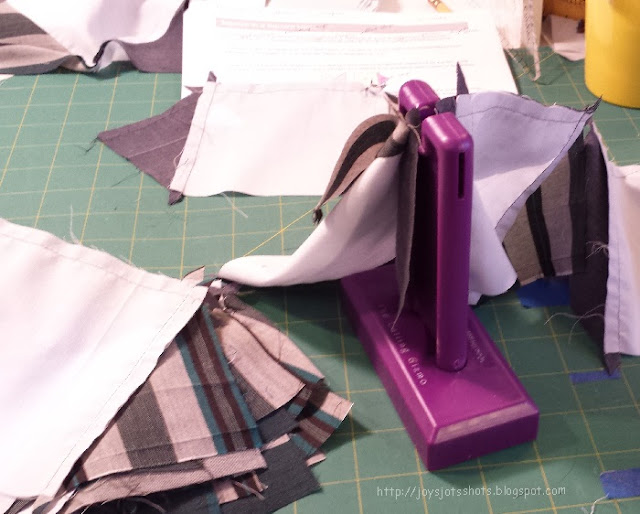 I do like to chain piece quilt blocks as much as possible as I've been doing with the #midnight mystery quilt. 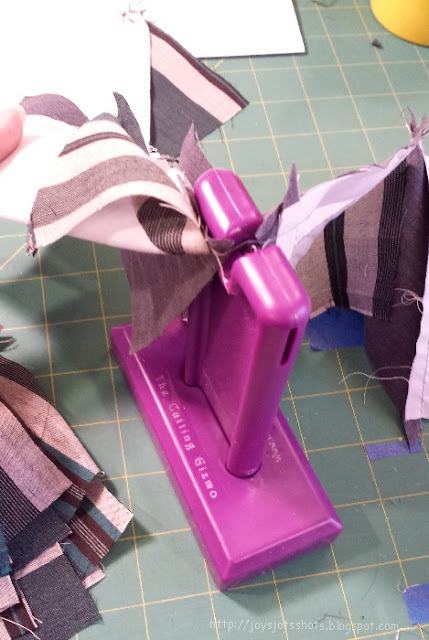 The Cutting Gizmo sits within reach as soon as I take my row of chain stitched pieces from the sewing machine. 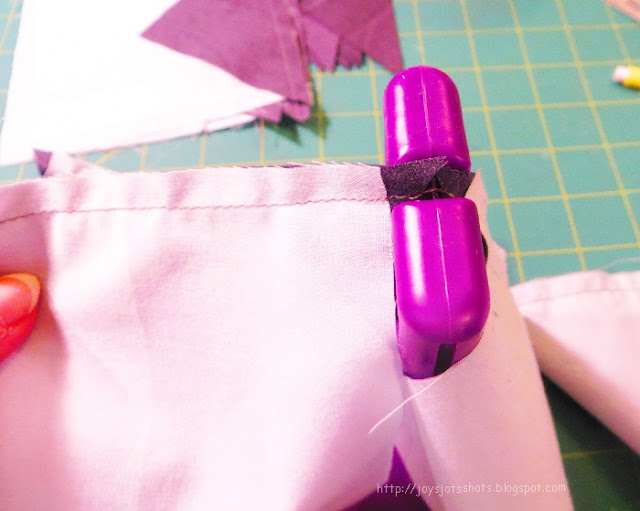 Then it's just wap, wap, wap as fast as I can run the string of pieces through my hands.  It's easy with 2 hands to pull the pieces apart and lay on the blade. 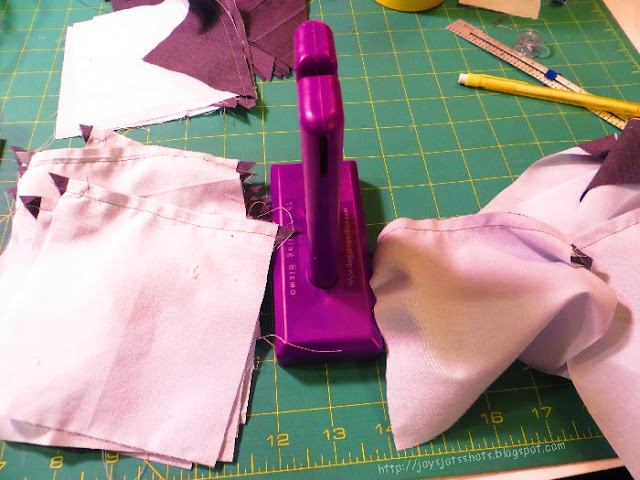 Whereas with the scissors, I had to hold the strip with one hand and the scissors with the other hand.  If I've chained stitch the pieces close together which is the purpose of chain stitching, it takes time to pull them apart and position the scissors in the correct place before I snip. 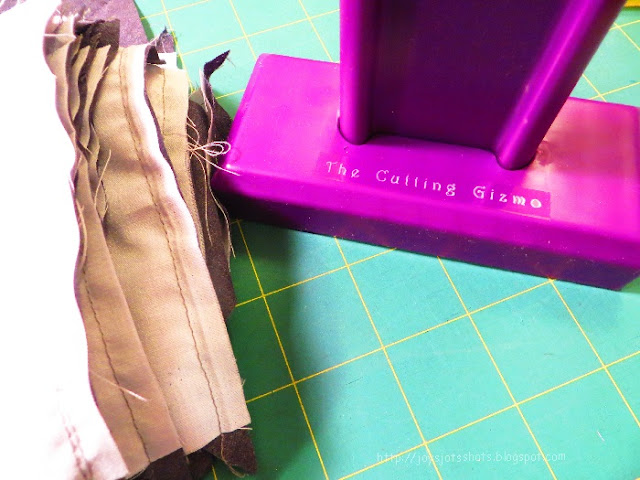 I don't think I could have thought of a better name for a razor blade between plastic either.  Such a simple idea that does make a Quilter's life more simple.

Thanks Mr. G for finding this souvenir.  Every time I use it, I think of you and me in that Florida Quilt shop in September of 2015.