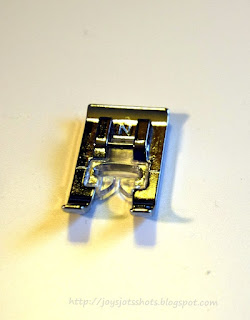 While in Florida last February, I broke down and bought an old fashioned zipper foot, because the old ones I had just didn't fit right on my Ellisimo and I've never liked the new zipper foot that was created. It just doesn't snug up against the zipper for control close enough to suit me, plus the new one definitely doesn't work when making cording. So I forked out the money to buy the individual zipper foot.
Recently I was doing some applique with the zigzag stitch and had a hard time seeing the stitch line with the applique foot that came with my machine.  My machine did come with a generous amount of feet, but this one was another one that didn't suit me. 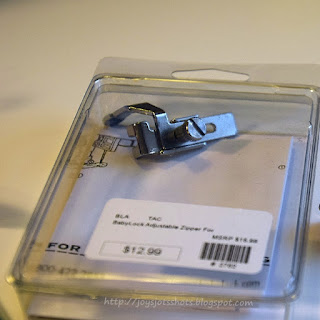 As I checked prices, I began to realize that buying sewing machine feet one at a time, could get rather expensive.  Actually, to buy the applique foot I wanted combined with the price of the zipper foot I got in February (above), I found would almost pay for a total of 32 feet.  The shipping for this set was free through Amazon, so that made it costs as much as 2 feet! 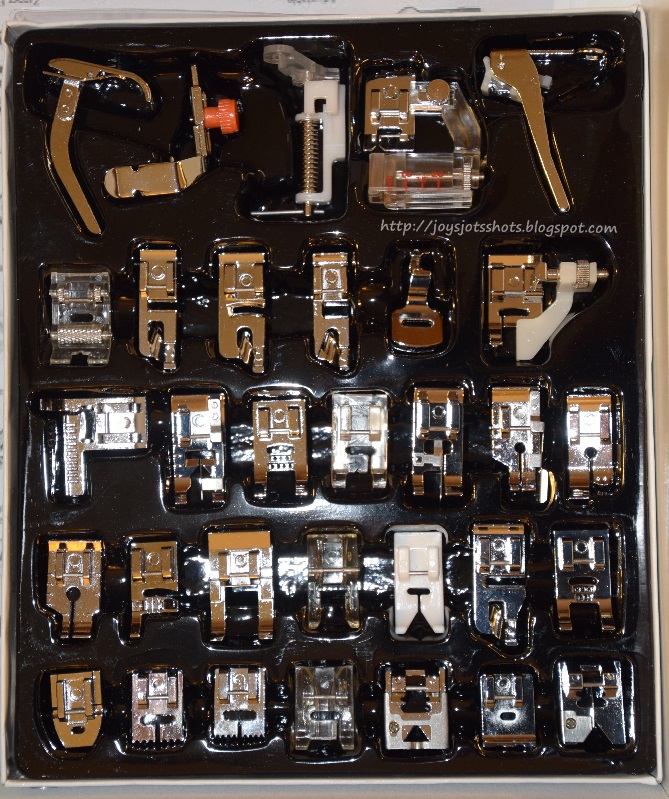 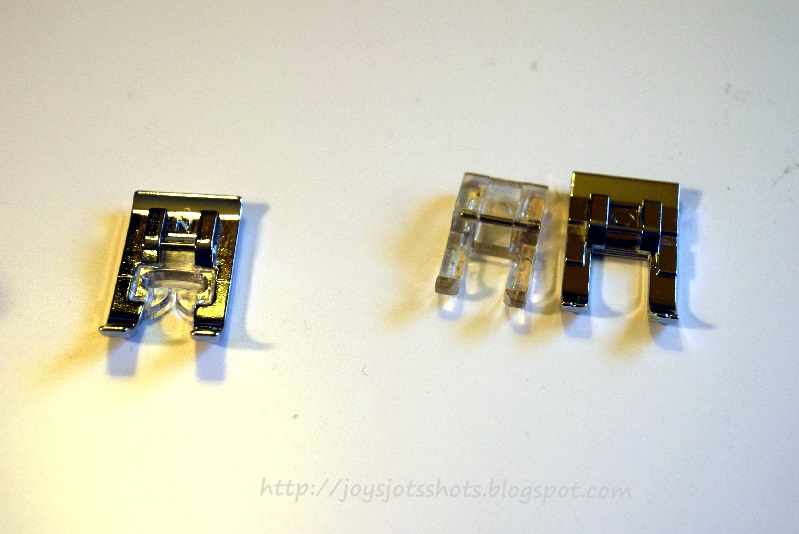 They are both opened toed, not like my old one on the left. 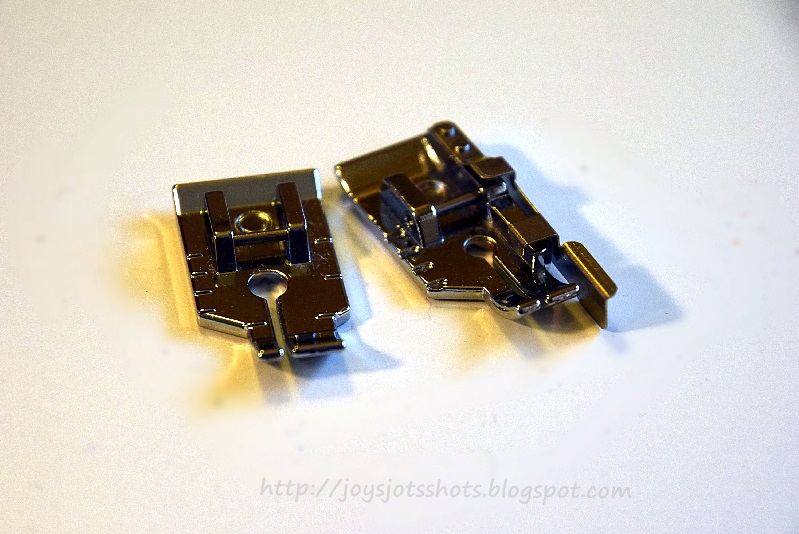 The quarter inch foot for quilt piecing was on my list.
Again, I didn't know there were two of them!
I've now used both & they have made a big difference in my piecing accuracy. 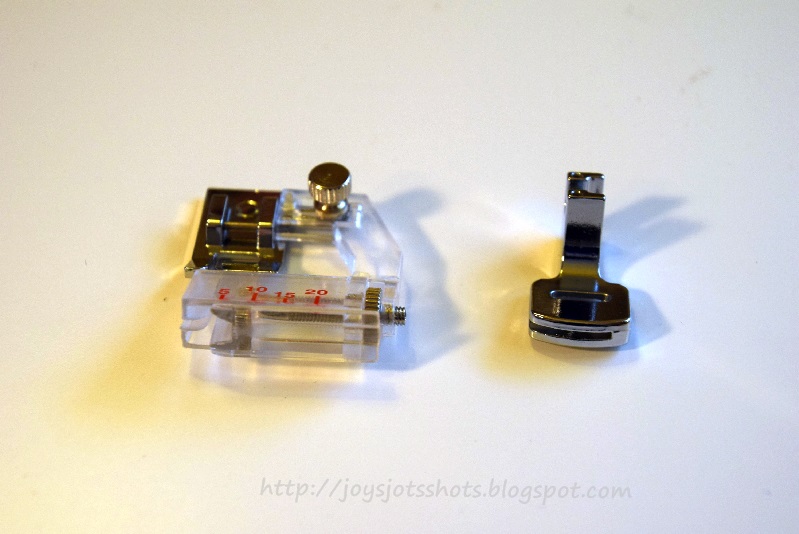 Two more on my list I hadn't bought, because I didn't think I would use them enough to justify the cost were the ribbon foot on the left and shirring foot on the right.
A group called "Sewing Parts Online," has a set of 40 tutorials on You-tube that show you how to use several sewing machine feet.  I think all of them in this set are covered.


As far as the quality of this set of feet, I think they'll last as long as the feet that came with my machine. The only place I see a difference is the zipper foot had a plastic screw, whereas the one I bought in February was metal. 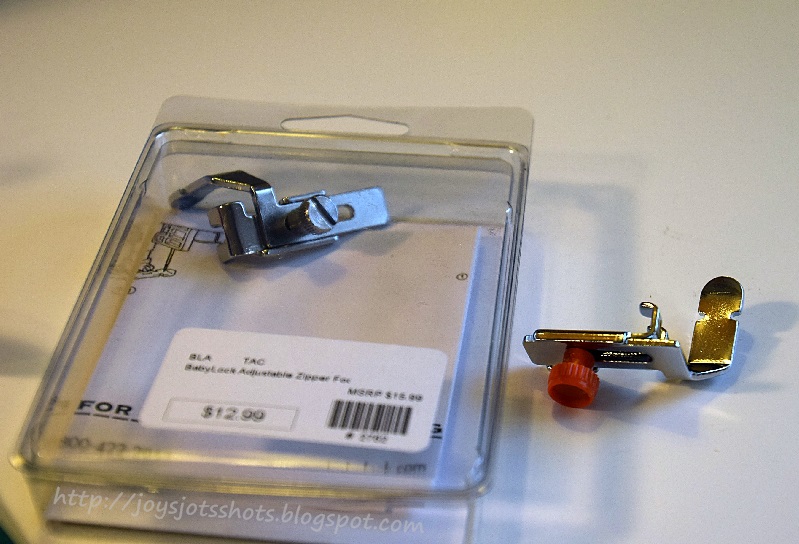 The darning (free motion) foot is also plastic, but I won't be using it, and I won't be using the zipper/cording foot everyday either.
I wished the boxed had labeled each foot or at least came with a reference sheet in English, but it was only labeled in some Oriental language. I went online to find a reference sheet.  I did find one at Embroidery Wishlist, but I had to reformat it & upsize it so I could read it.  I placed these reference sheets in the drawer with this wonderful collection.
What's on your wishlist?
&&&&&&
Reference Sheets 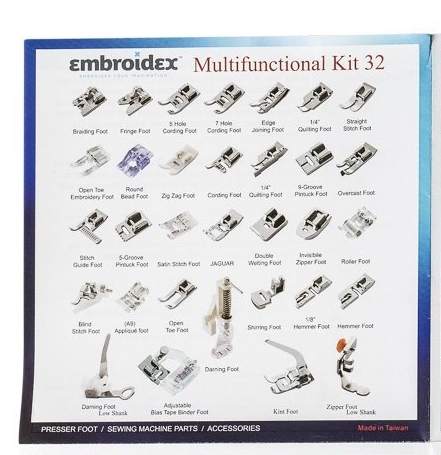 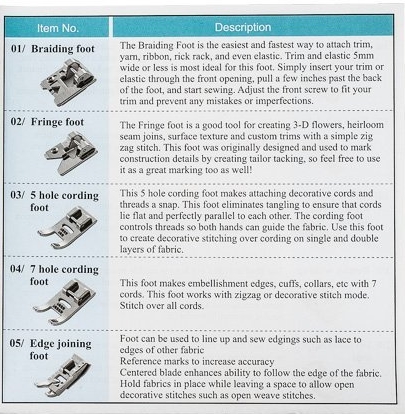 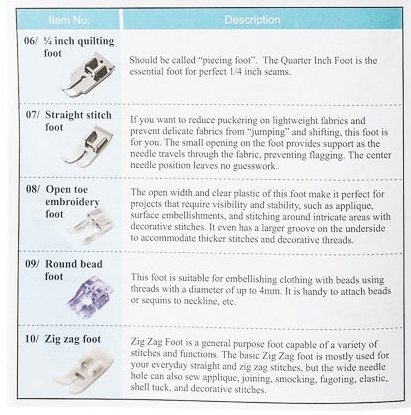 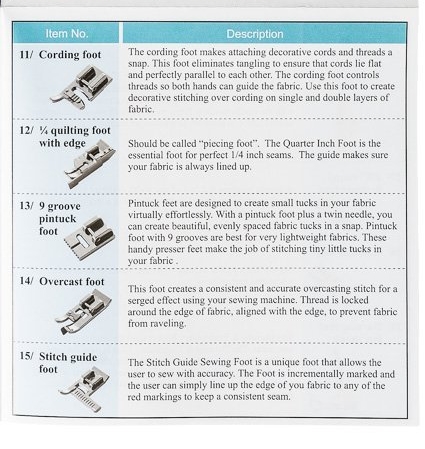