I had an elephant in the room. It was a large roll of upholstery fabric that had just the right colors for Christmas. However, there was a problem with the print. 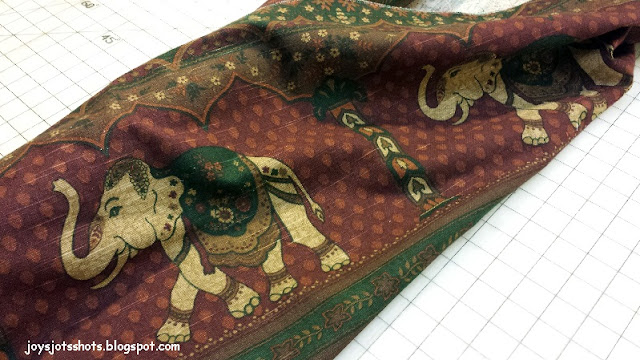 It had elephants! Not a Christmas figure. 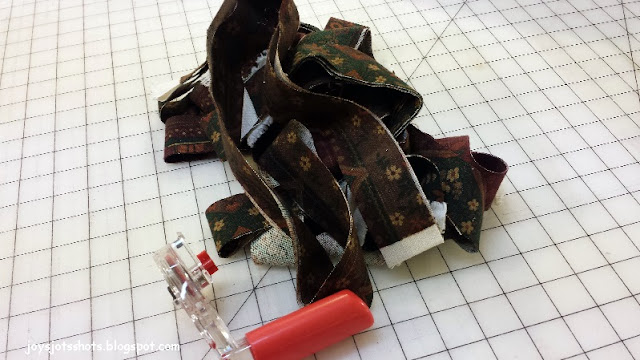 There was a strip in the fabric that I wanted to retain the design.
I cut all strips the width of that strip across width of the fabric. 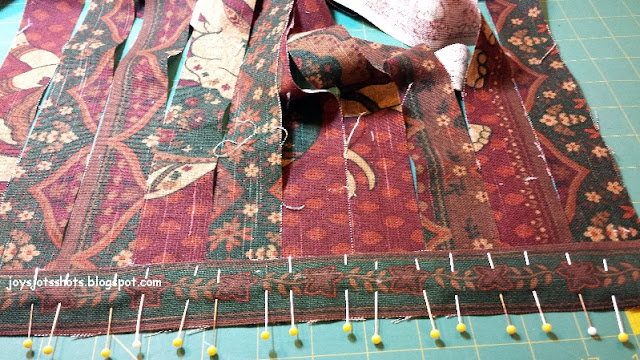 Strips were reorganized so as to "lose" the picture of the elephant. 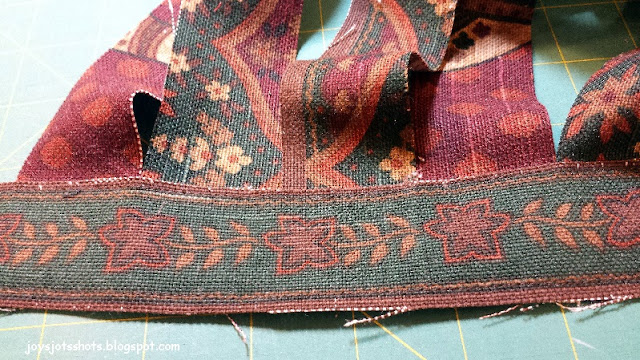 The top of the strips were sewn to a border strip. 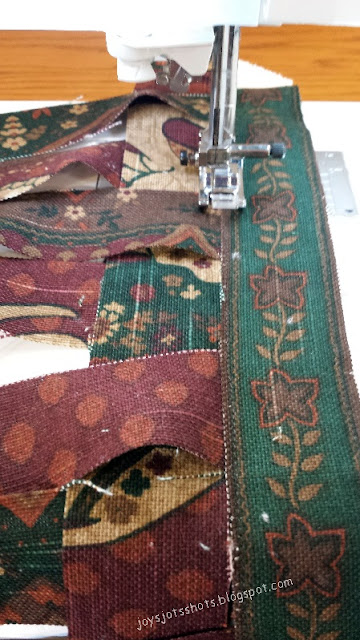 Then each strip was woven and sewn into place one by one using a long and wide zig zag. 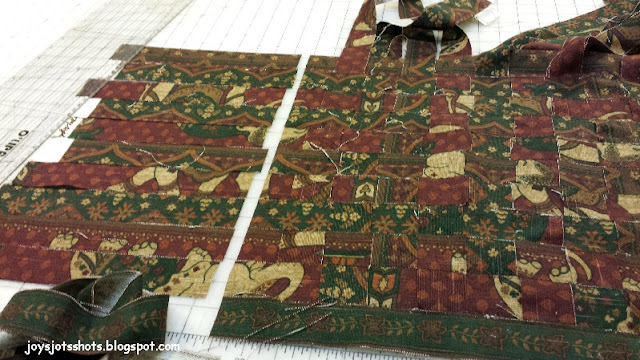 When the size was achieved, it was trimmed. 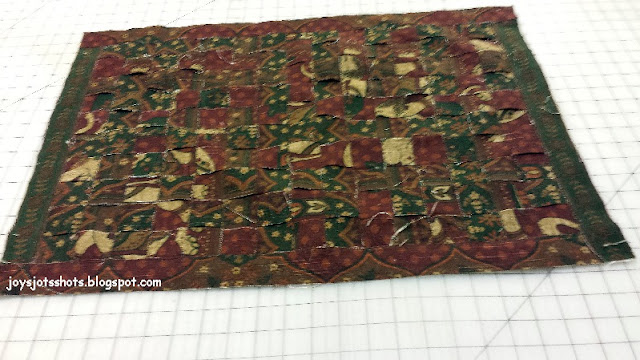 Then border strips were sewn to the other 3 raw ends. 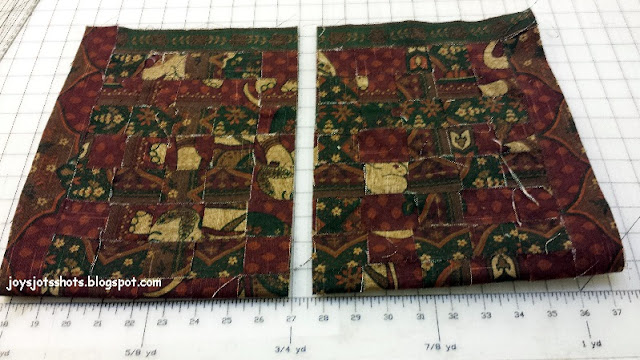 Once I had the piece made, I realized
the piece was large enough to cut in half for the 2 bags that I needed.
I cut the piece in half and zig zagged the edges
to temporarily hold things together while making the bag. 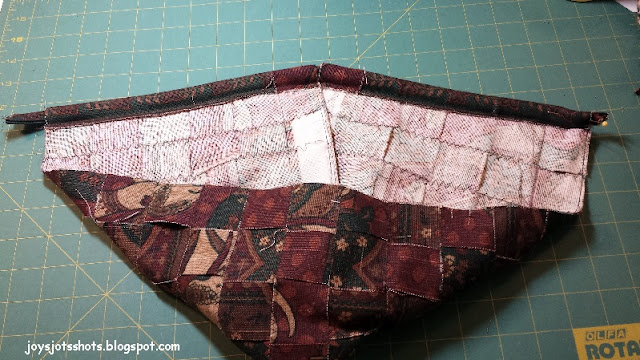 One long edge was sewn right sides together.
Two cords were made and laid on the edge where the border was folded over
and stitch without catching the cords. (I do this rather than pulling cord through a sewn channel.)
The cords were long enough to go across the entire top edge. 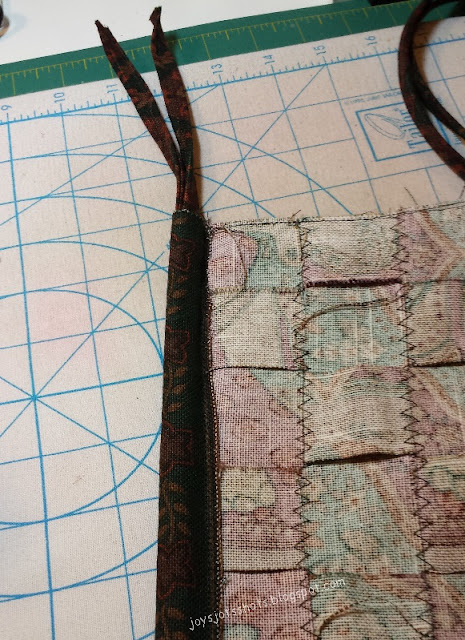 Notice the zig zag stitches used to combine the strips. 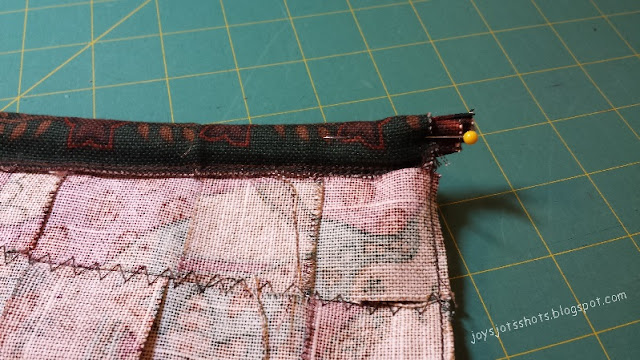 Be sure to pin at one end.
On the opposite end, pull each cord at least half of possible distance.
Pin that end, then pull the other.
Join each cord with a knot.
You should have 2 cords to draw top of bag.
This ended up too bulky, so one cord was removed. 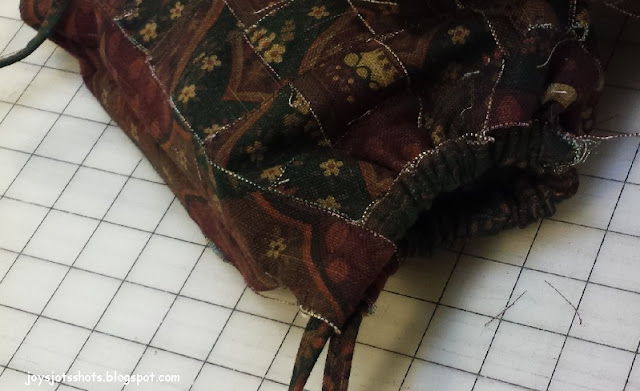 The remaining side is sewn right sides together up to the cord opening. 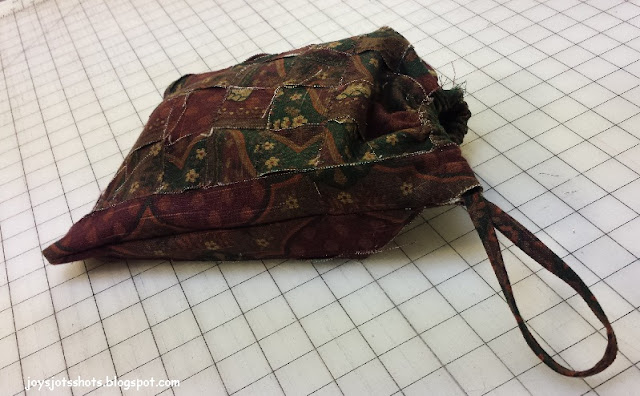 Now the elephant in the room is gone. 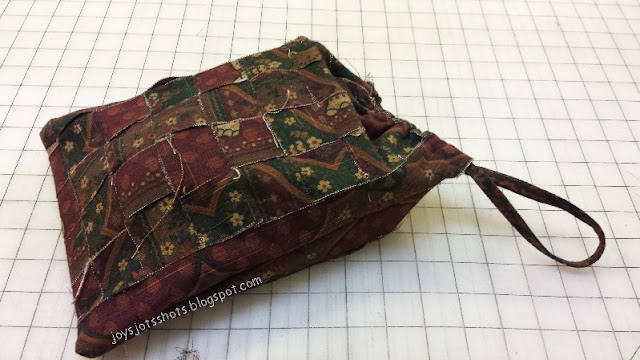 We have a Christmas gift bag
of the old fashion colors of "Home Alone." 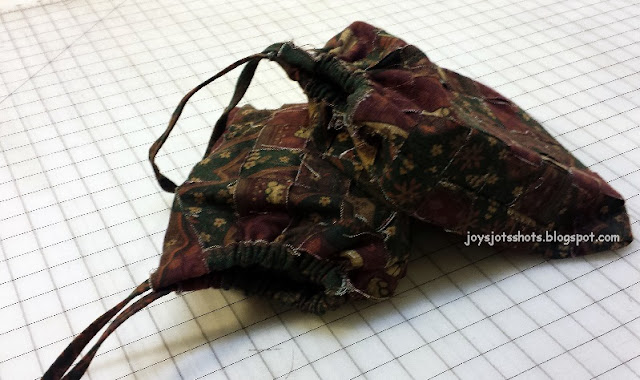