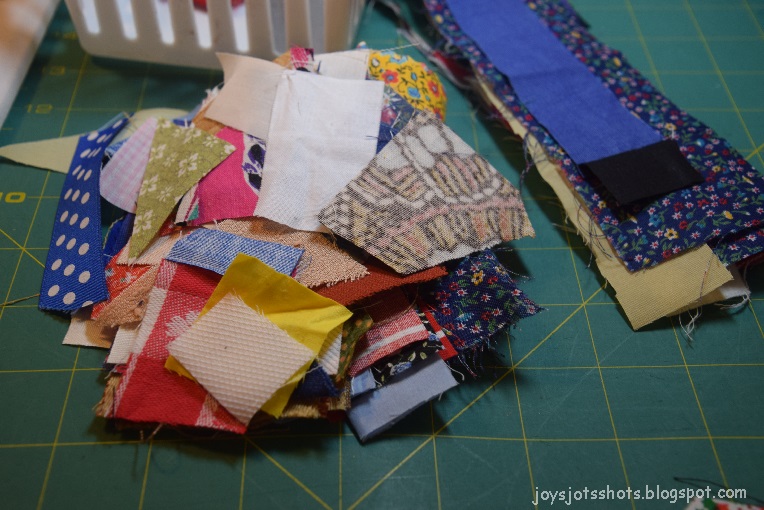 Last Friday I mentioned I worked with scraps
and Saturday I showed a block made from those scraps.
Funny thing about those scraps. 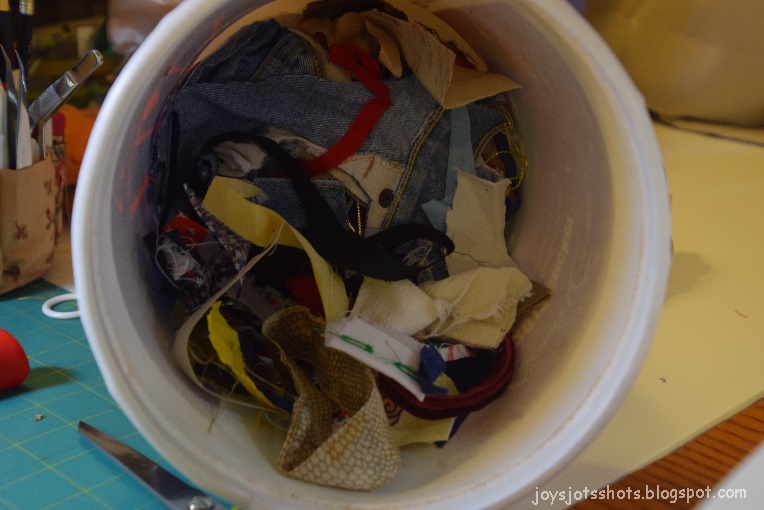 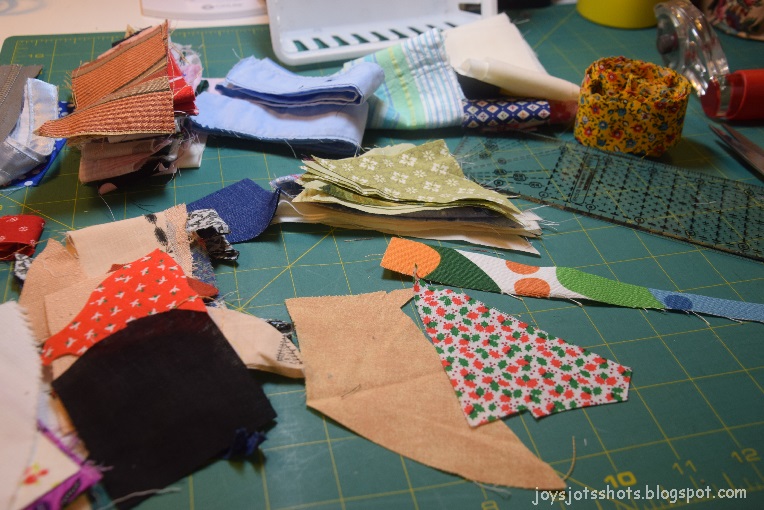 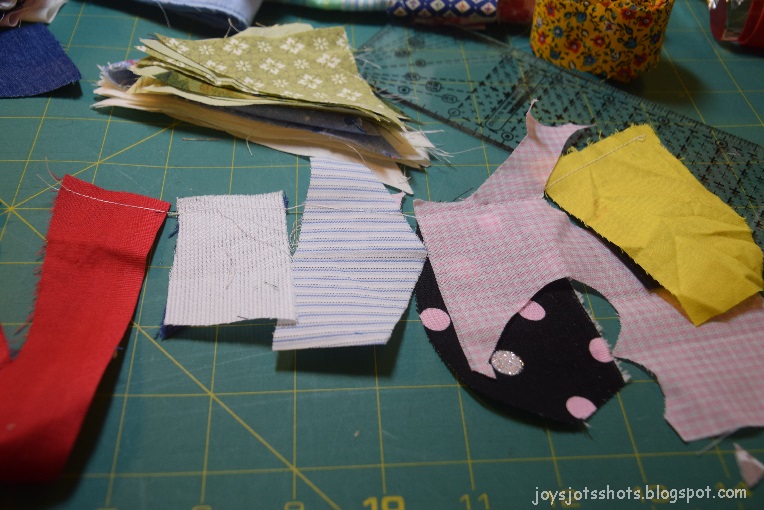 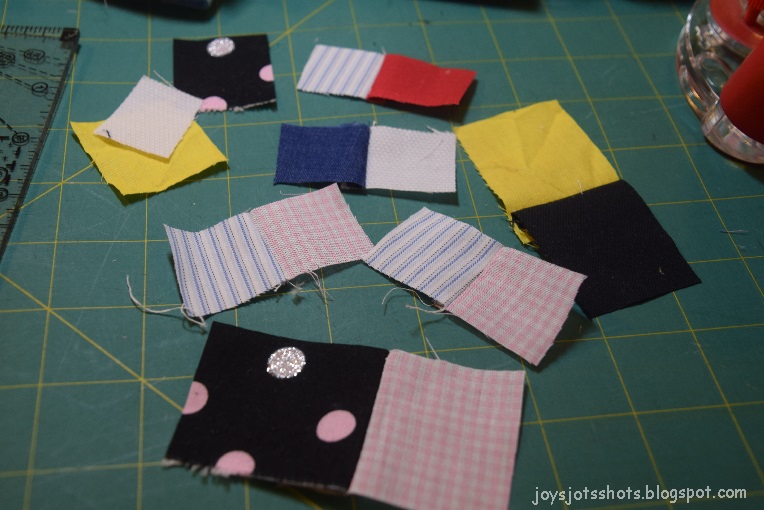 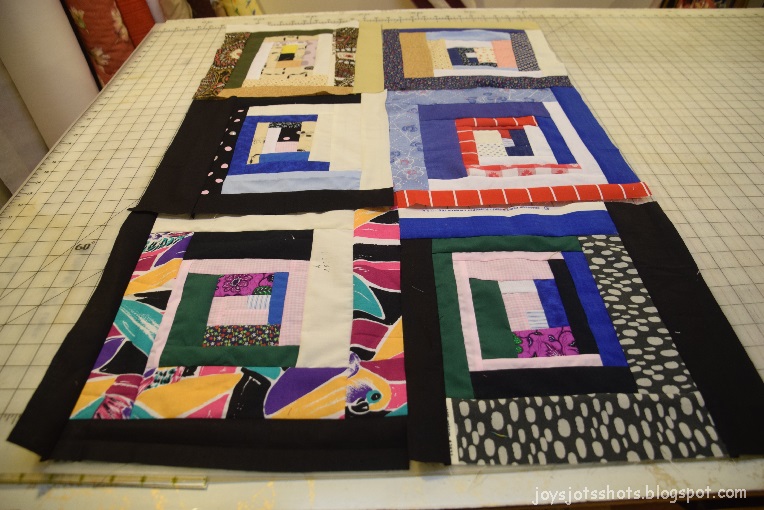 for about 90 minutes and turned out 6 twelve inch blocks
and still had this! 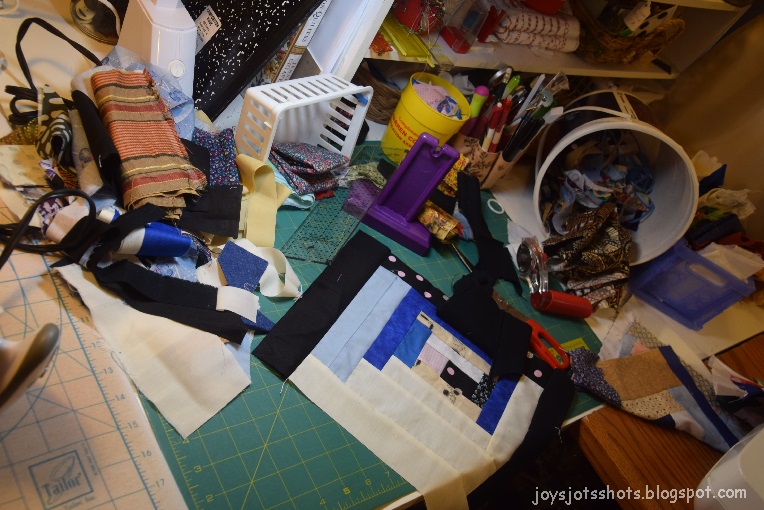 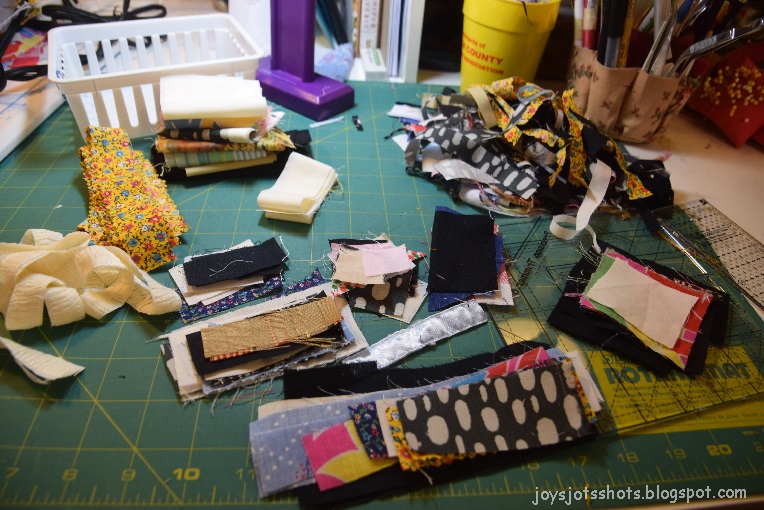 after another 2 hours of matching, sewing and trimming and
when what to my wondering, blurry eyes appeared?
this↓ 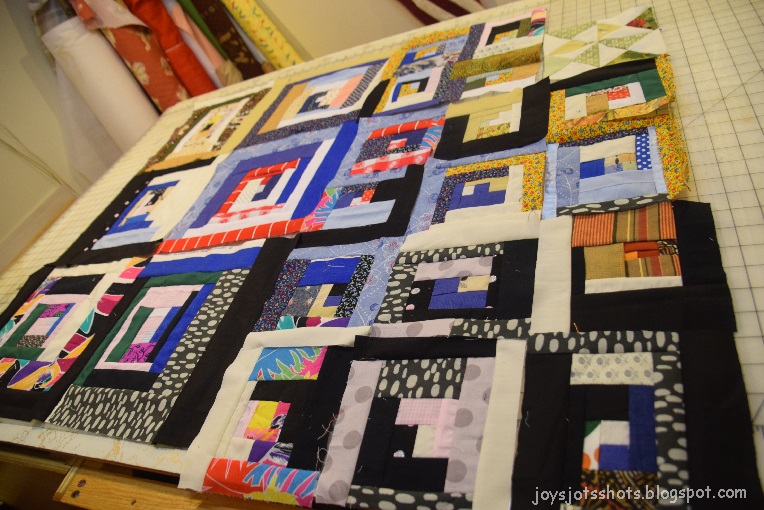 AND I still had this!↓ 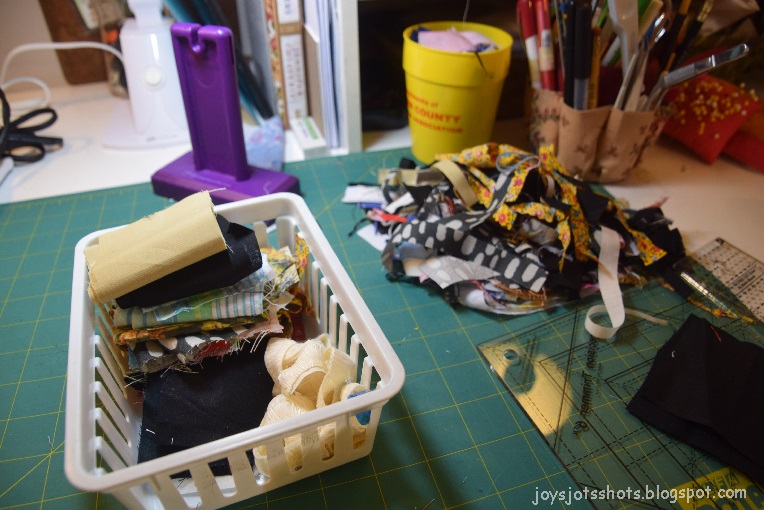 I thought about the fishes and the loaves written about in John 6: 1-14
and retold several more times in the New Testament,
because when I finished I still collected 2 baskets of scraps!
I THINK my scraps were multiplying on the table before I could use them?
When they do get down to be so small that a quarter inch seam would eat them up,
they go to the "Doggy Bag" at the local quilt shop called Birdsong.
"THINK about it."