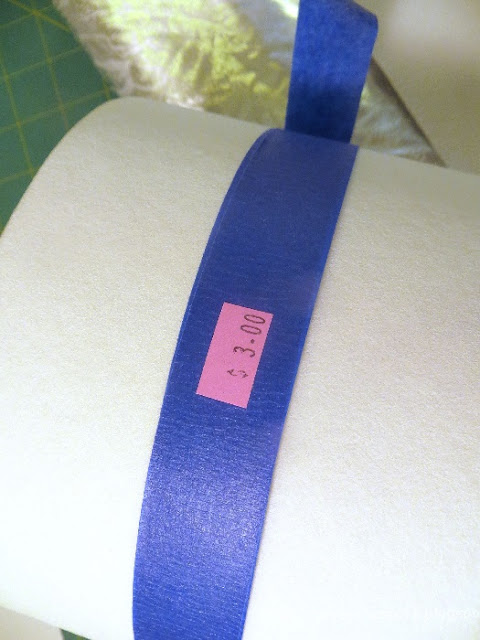 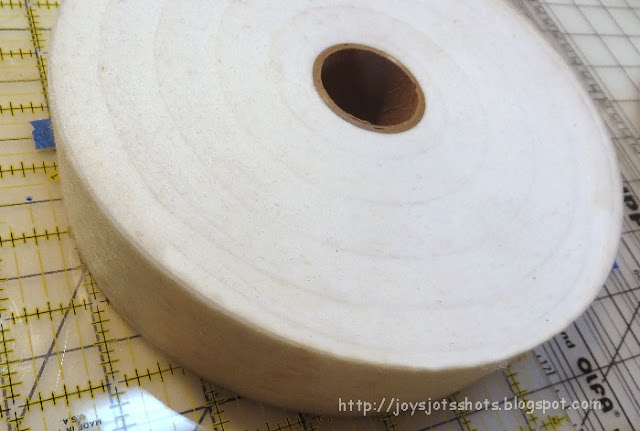 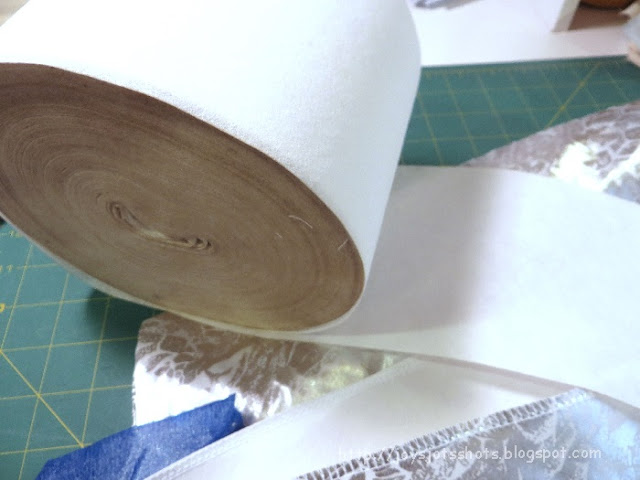 I have no idea how many yards were in each roll. 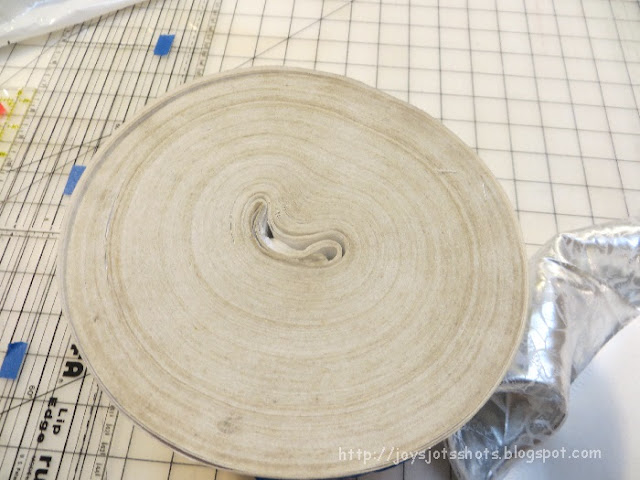 Each were a bit soiled from dirt on the outer edges. 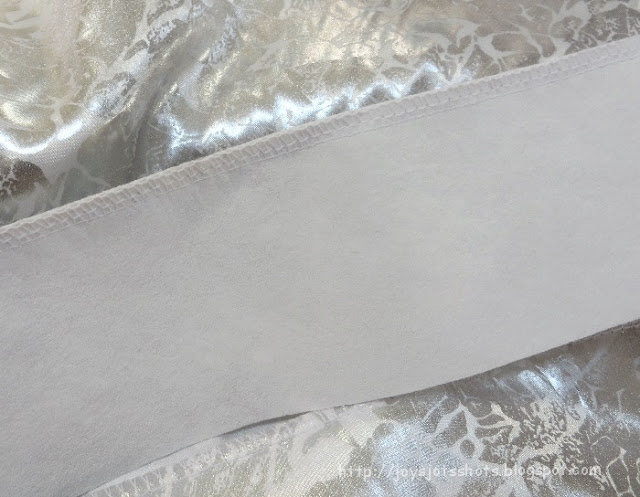 When trimmed off by the serger you can't tell. 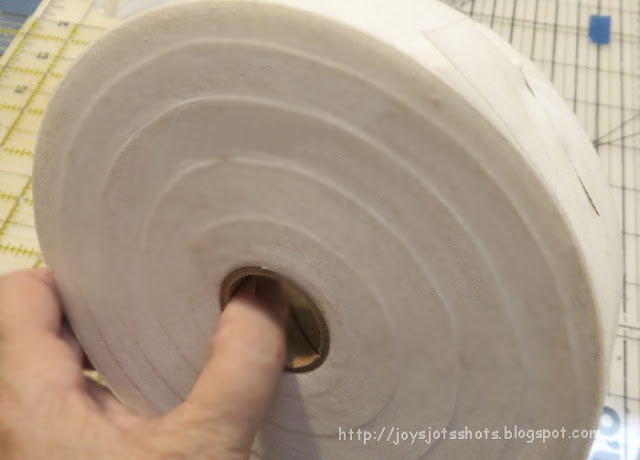 One is perfect width for front interfacing or purse straps. 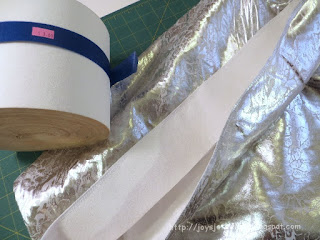 The larger one came in handy for interfacing the top edge of a gift bag.  I cut the stiffer wide strip in half. 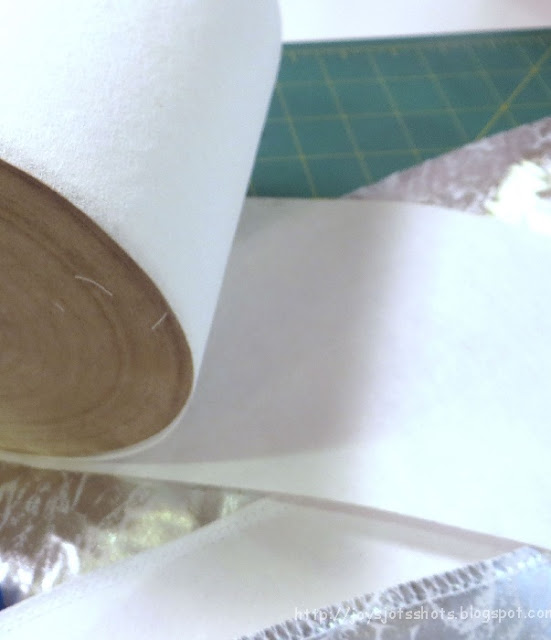 Sharing at several Linky Parties.
Thanks to the FREE program: 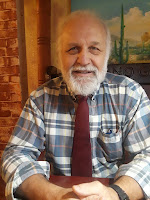