How to Make Your Digital TV Smart

and your Smart TV smarter.  (A "Whatnot" which I rarely post.) 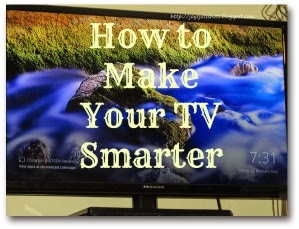 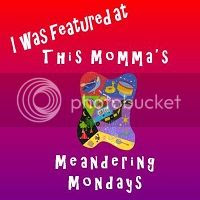 I so despise the fact we were forced to switch from analog to digital TV reception.  I still can't figure out where the "better" is found in this reception.  When it works, the picture is better, but that is where the problem lies.  I live about 15 miles from the nearest TV towers and can't get reception with bunny ears in my new home. Research on the net led me to the FCC site and determined I needed an outdoor antenna on a pole.  Guess what?  No one installs that kind of stuff.  If someone wants to start a business, there you go.  I have found a lot of the younger generation doesn't know you can use an antenna to acquire local TV reception for free.  When they hear about a tool that lets you view TV for free, its not called an antenna, and therefore some folks feel they are getting some kind of cable box.  Don't be mislead, its just an antenna.
I REFUSE to turn to cable or satellite to solve my TV viewing problem, because I feel like they are the major cause of this problem, and I don't want to be handing them around 100$ month to watch advertisements.
So for almost 3 years, I didn't have a TV in my home.  For 3 years, I didn't feel left out and was able to view a lot via my internet connection & laptop and enjoyed a monster size view through the projector on the wall.
Then for some reason, over the last 6 months, things have developed, and I now have TVs in my bedroom and living room.  (I started to tell that story, but decided not to bore you.)
Part of this developing process was fate.  My home WI-fi died and I had to replace it and something in my head told me to spend the money and to go with a strong signal WI-fi system.
The living room TV is a Smart TV I found for half the cost of comparable TVs at Best Buys or other major TV sales stores.  The bedroom TV is not a Smart TV.

To Make my TV Smart

I had purchased an HDMI cable and watched from my computer a few nights, but plugging and unplugging soon became old, and I feared I would soon mess up my connections.

After LOTS of research, I bought a 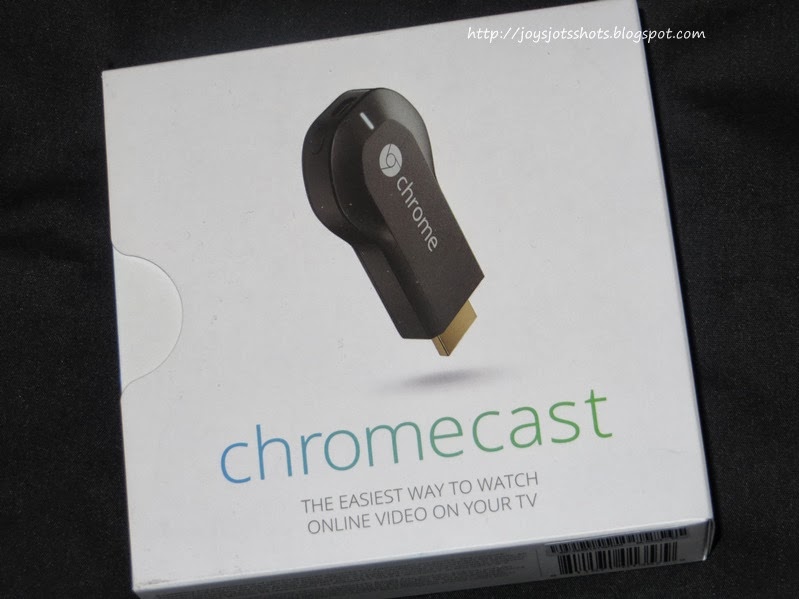 for $35. (+tax)
No, Google did not pay me to write this.  Wished they had.  I'm just excited I found a one time pay to view programs without paying cable/satellite an outrageous monthly fee to watch free TV.

Why did I choose this over the other online streaming video connection boxes like Roku, Netgear Neo TV, Apple TV, WD TV and even DVD and Gaming Boxes?  First it was the cheapest.  Most importantly, it let's me watch things my computer let's me view that all these other boxes with required apps and purchases don't let me view.  For example, to view HULU on all of those pieces of hardware, you have to purchase HULU Plus and I'm not buying commercials.

It was super easy to install in about 15 minutes.  I did find in research that if you have an old WI-fi it may not work, but it worked smoothly on my new WI-fi network.  The program automatically pops up and helps you install it and the add-on for Google Chrome Browser which you have to use to make this work. You do have to be patient and wait out some of the black screens.  About the time you think it has quit working, it pops up and its ready to go.

A feature I absolutely LOVE is how it works with my Galaxy smart phone, and I'm sure would work with any smart phone.  Because of the price, I did give in and got Netflix.  Well worth the money for me considering how much money we do spend on going to the movies and most of all, unlike HULU Plus, NO COMMERCIALS.

The Netflix and Chromecast apps are installed on my Galaxy phone, AND my phone is connected to my home Wi-Fi. 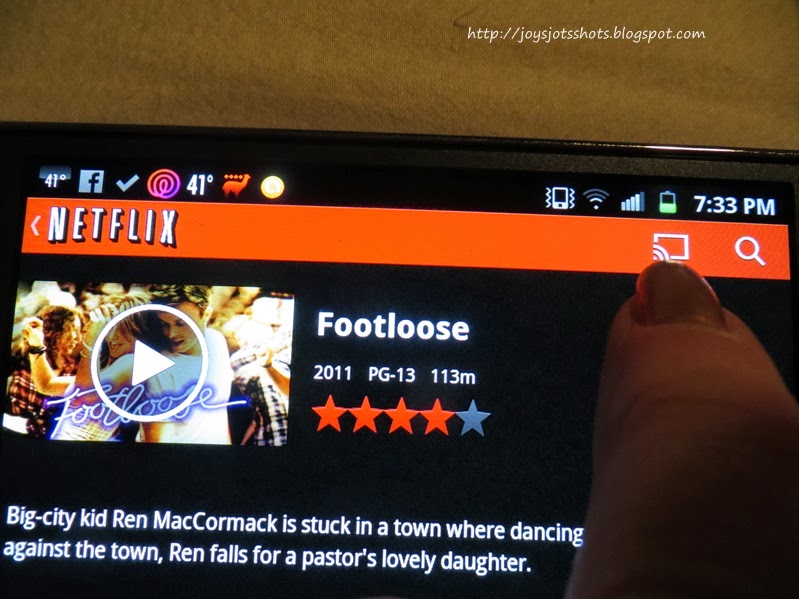 After I locate a movie I want to watch, I tap on the little rectangle. 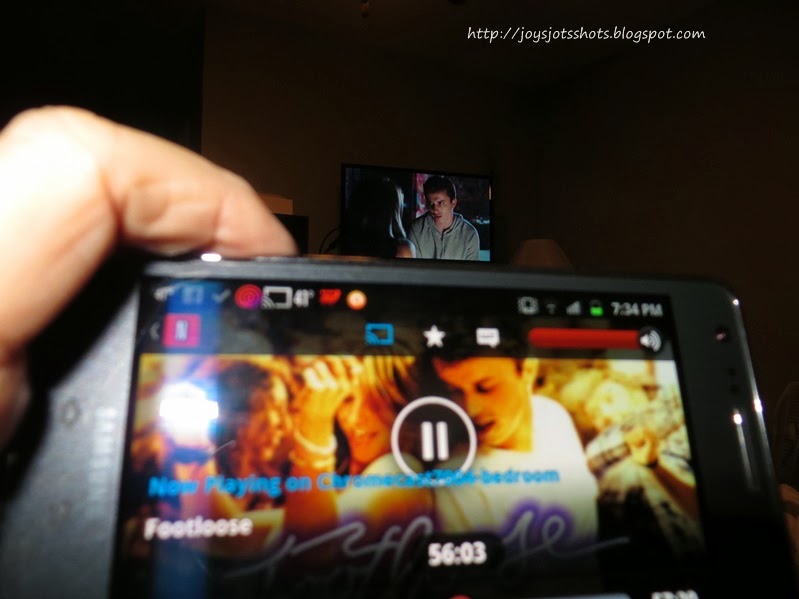 and I'm up and running on whichever TV I want to connect, but especially my bedroom TV.  NO CABLE running around my bedroom! I plug the phone into the power source on my night stand so the power won't drain out during the movie. Remember, the phone is connected to my home Wi-Fi to find the TV.  If I so desire, when I finish watching, I simply turn off the TV and don't worry about the phone.

btw, extra tip, I've installed my Smart TV remote on this phone, so if Mr. G is watching football in the living room a bit too loud, I can turn it down from my living room, brewhaahaaa.  I can't power on the TV with the smartphone remote.
Unfortunately, there is not a remote for the bedroom TV, yet.


How I Made my Smart TV Smarter

My Smart TV can't view HULU (not HULU Plus) but with Chromecast it can. 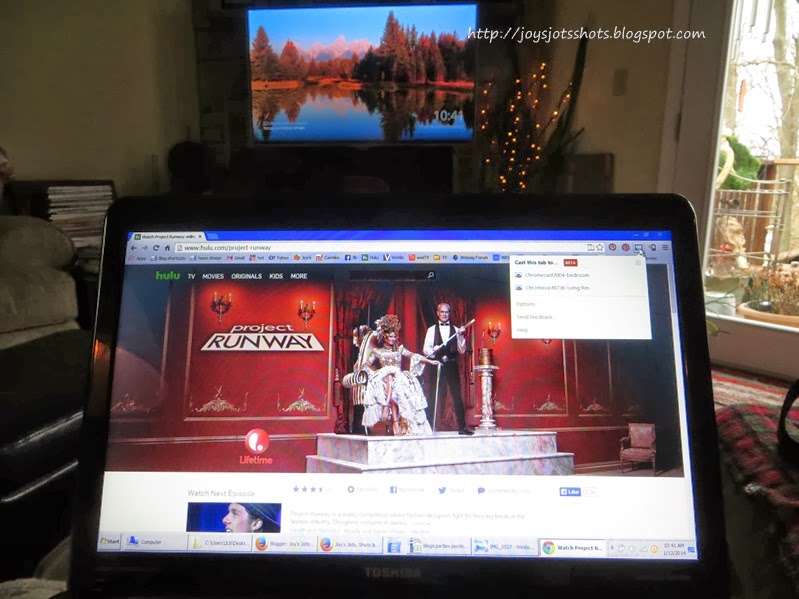 This is a shot showing me viewing HULU (not HULU plus) on my computer. I found no way to pull up Project Runway on my Smart TV even through the Lifestyle website. 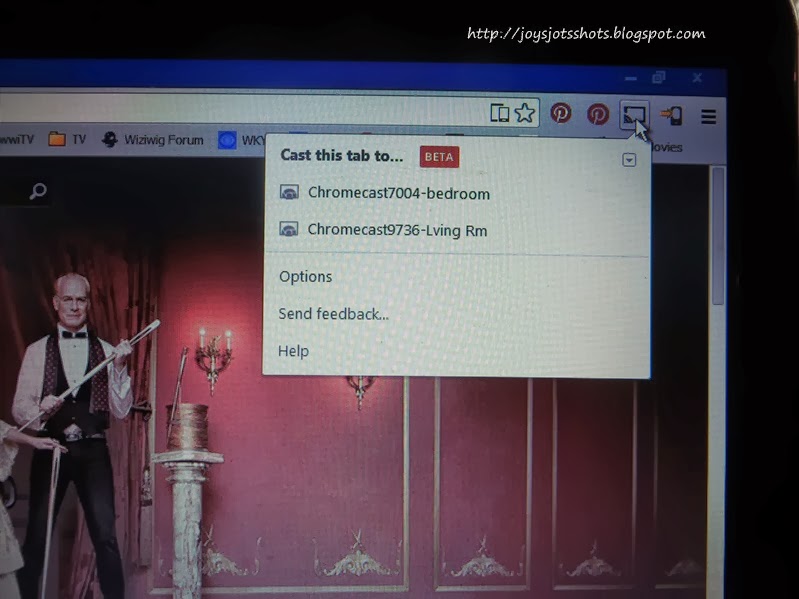 See the  little rectangle I clicked on?  That's the Google Chrome add-on button from Chromecast. When you come to a website with a video, that button will appear to let you connect to your TV.
I have both TVs connected to that input, so you can see both listed.  However, I don't know of a way to cast to both at the same time.  Hopefully, this issue/idea can be addressed in an update by Google someday. 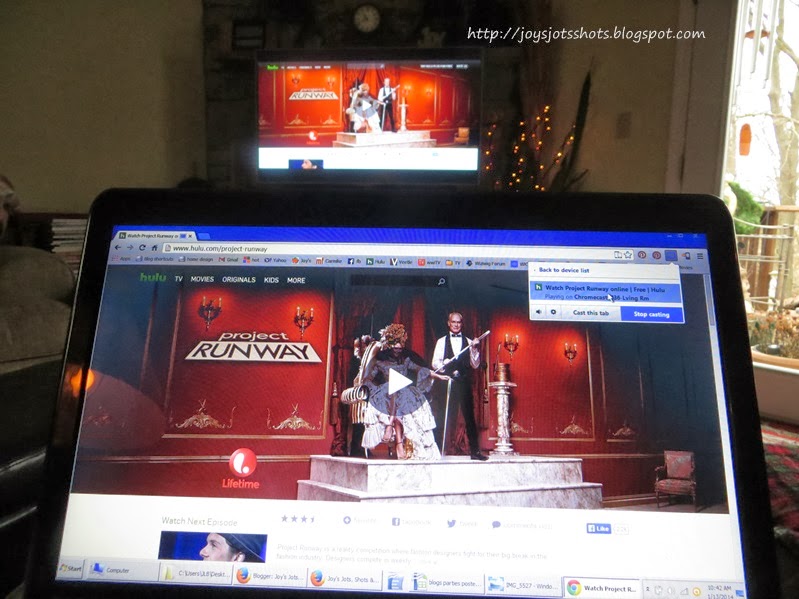 Notice the Smart TV in the background is picking up the reception.  Because this goes through a DCMI connection, the sound is played through the TV and no longer the computer. 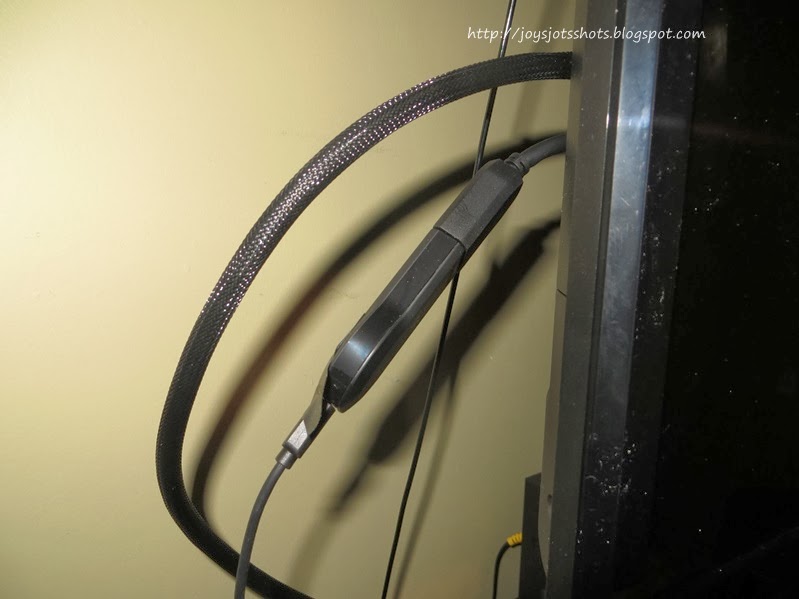 The Chromecast comes with an extension that gave an option to use.  I found I got MUCH better reception by using it.  Without it, the Smart TV had a 'double' play problem.
Also, the bedroom TV didn't have the required USB port to use as a plug in for a power supply.  It has one, but is labeled "service" and the instructions told me I couldn't use that.  So I had to plug into an electrical plug.  However, on the smart TV, I was able to use a USB port and didn't have to run and extension cord to a power supply.
The Chromecast has a 1 yr. limited warranty. 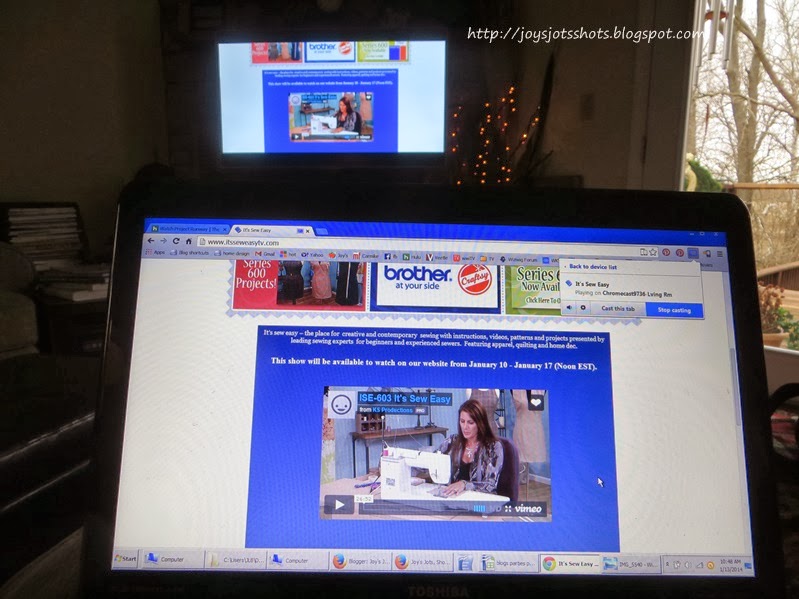 So far, I haven't found a site with a video I can't run.  Every Friday, "Its Sew Easy" runs a new video which I enjoy. Again, my Smart TV couldn't run it.  Said it didn't have the right flash program. Now I can watch it via the computer. 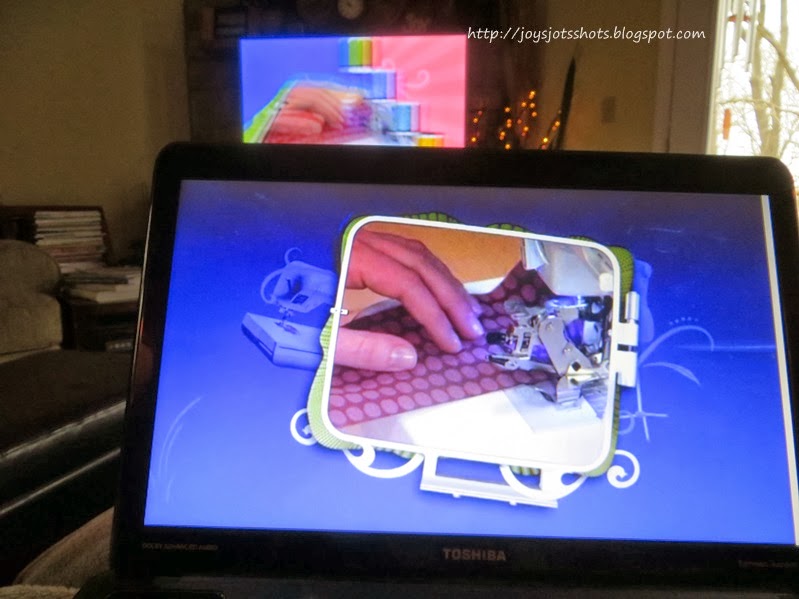 This means, since I still can't get our PBS stations, which is less than 15 miles from here, I can now view videos from the PBS web site and watch "Masterpiece Theater" and "Sewing with Nancy".  Yea!

ALSO, sometimes we might be viewing a ballgame on a major network, but because of rain or wind, even a helicopter, the reception keeps breaking up.  Occasionally, the networks, especially NBC and CBS, will stream the game on their website, which means we are able to view it through Chromecast via the internet and forgo the terrible digital reception.

Note:  Chromecast does not totally mirror your computer.  You won't be able to see Facebook. (and I don't care.)

Just how much TV & other videos can you watch
via the Internet with or without commercials,
legally or not legally?
Who knows?
Here's a very inclusive website that lists a ton of web sites you can use for viewing.
Word TV PC

So to the cable/satellite companies, you can keep sending me your fruitless advertisements in the mail every week.... nanananana nahhhh......
Now, excuse me while I go watch "Downton Abby" and "Revenge"
which I missed last night.

Thanks to the FREE programs:


GIMP for cropping & other digital effects