Don't Throw Away Those Mums

Sharing at several Linky Parties.
.....At least stick them in the ground to wish them well, and just see what will happen.  I cringe when I see folks set dried up pots of mums on the curb.  It's like throwing money away, because they'll buy them again next year.

Chrysanthemum is a hardy flower.  I remember when I was a little girl, these were definitely perennial flowers and didn't even bloom until AFTER frost!  Now folks cover up the blooms when there is threat of frost. 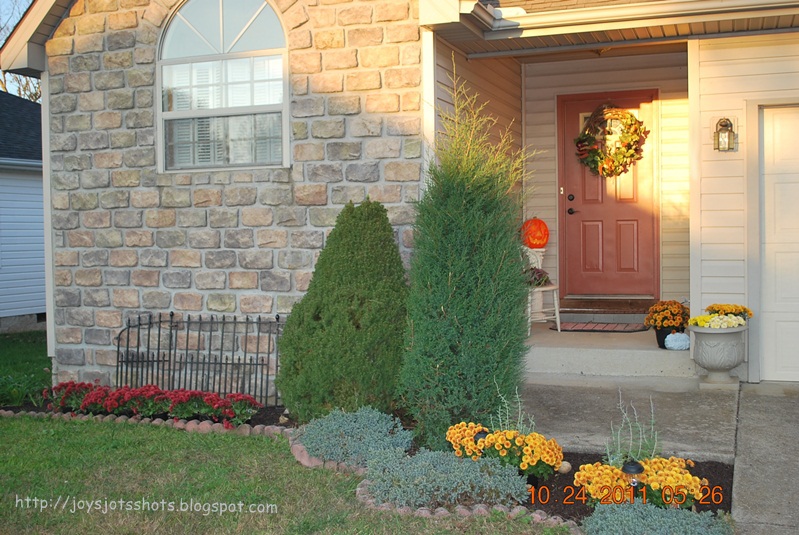 Last year toward the end of the season, I bought small pots for about 75% off. I never pay full price. I only buy flowers marked down and if they are perennials.  Petunias are the exception, but they have to be marked down. 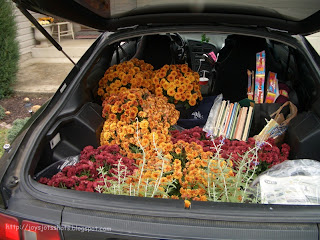 I just auditioned the flowers in their pots to see if I would like the arrangement.  After the flowers had been spent and even mostly died out, I dug some holes and set the flowers in them.  Most of the time, a big spoon is my spade.  When I set out plants like this to wish them well, I do give a good watering after setting plus 2 more times if it doesn't rain.

These flowers sit on the west hot side of the house, and I never watered them during the summer, even during the drought.  Because we had such an early warm spring, they sprouted early, and some never died down completely.  Since they did sprout early, I did have to pinch blooms 3 times instead of the usual 2.  Pinching stops them them from blooming early, but most importantly, makes them fuller.  I had read this past summer to stop pinching after July 4.  So I did.

Here is how they turned out this year. 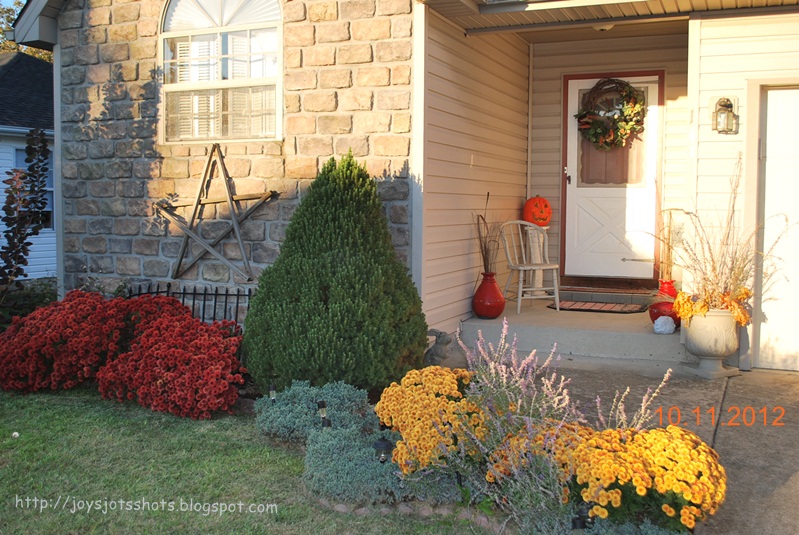 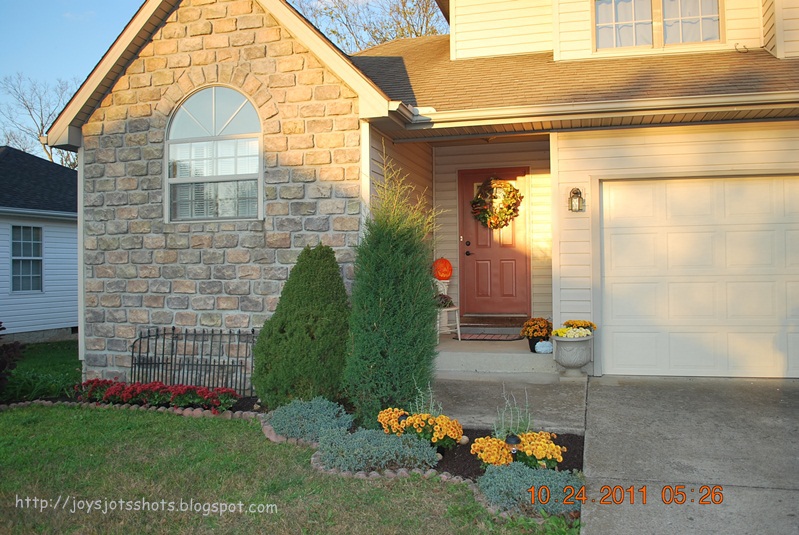 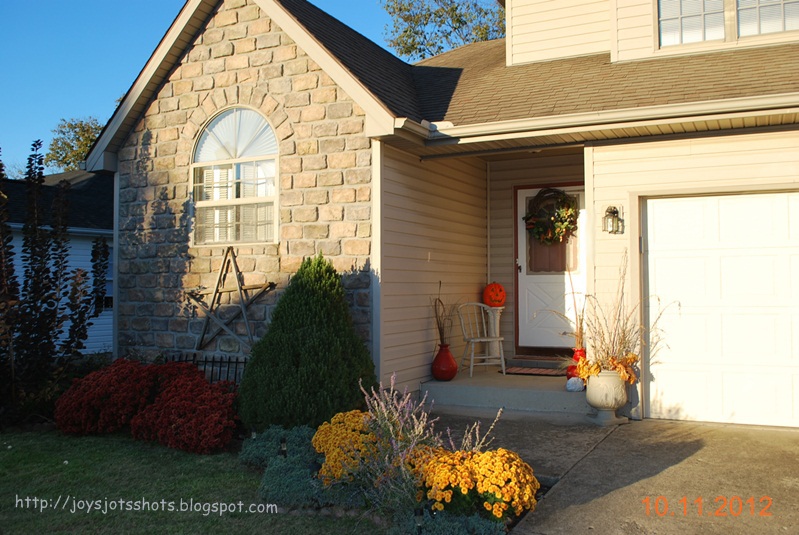 Glad Mr. G cut down the cedar tree.  Not sure why the previous owner put it there.  I didn't want the root base or the tree that close to the house. 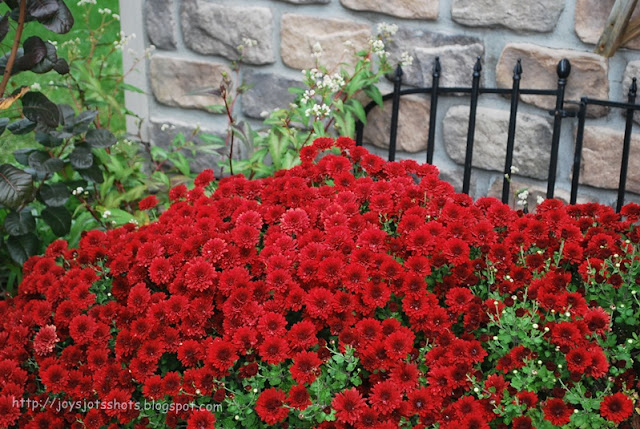 The bush with the white bloom, I bought at a Peddler's Mall this past spring for a couple of dollars from a lady that was thinning out her flowers.  She called this "Cotton Candy."  ???? 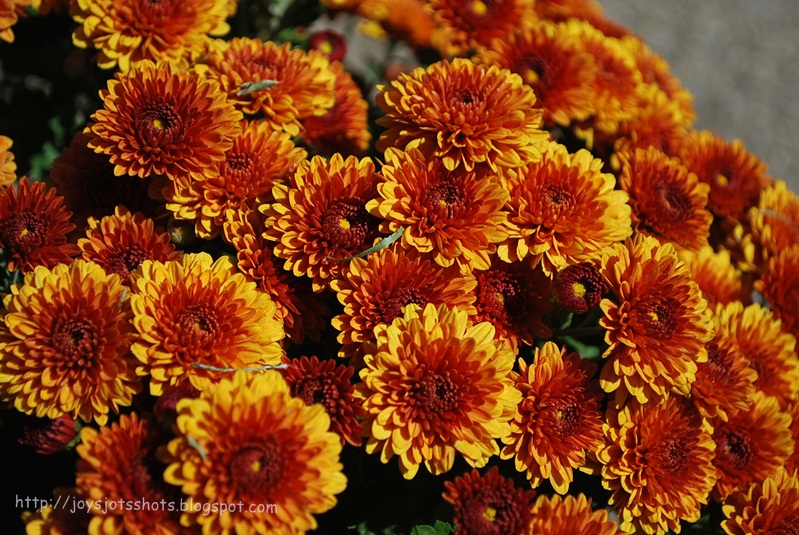 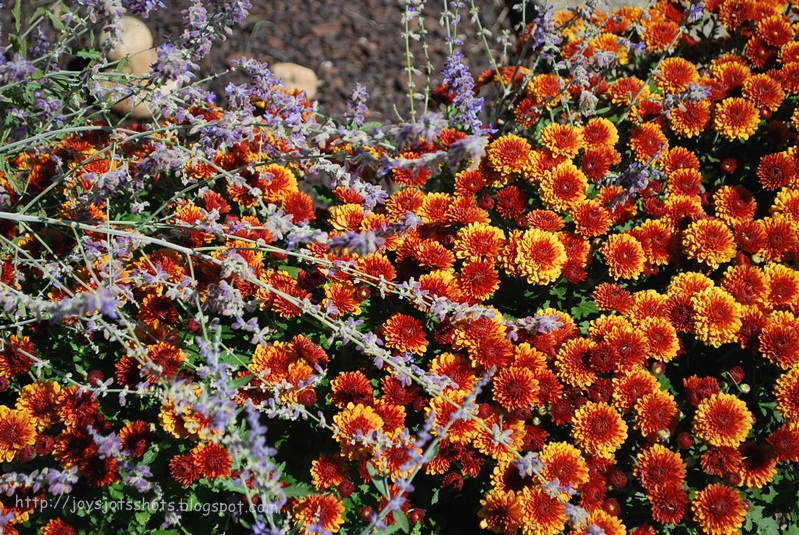 If you noticed the picture of the flowers in the back of the car, I bought this purple sage (?) the same time I bought the mums.  There is always 1 or 2 bees hanging around these purple blooms.  They lasted most all summer and now through the fall.  I liked the contrast of purple against orange. 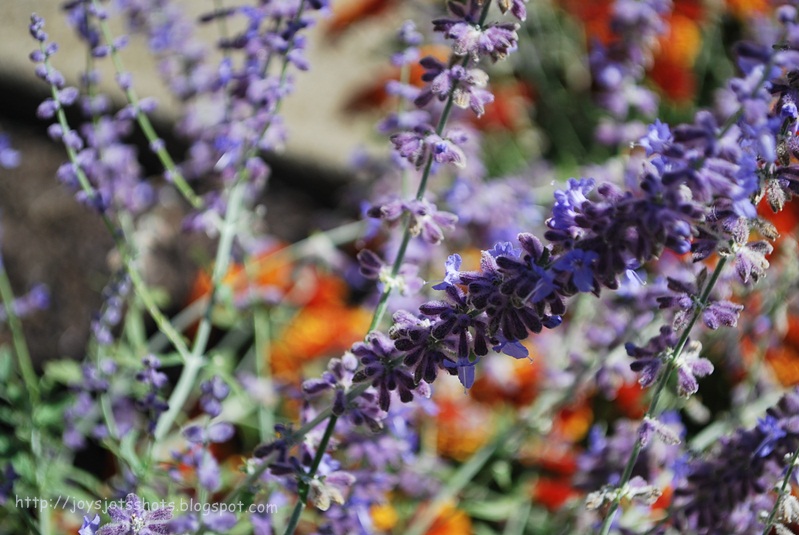 Side note:  I got tired of setting all the flowers and just simply took one out of the pot and set it on the ground in the corner of the fence in the backyard.  It survived but very weak looking.  It had about 5 flowers about to bud when Mr. G. ran the week eater over it.  It will revive next year with a bigger root base I'm sure.  Just need patience.

You'll find this post at several Linky Parties. Please check them out for some great ideas.
Thanks to
Photoscape for downsizing & watermarking photo 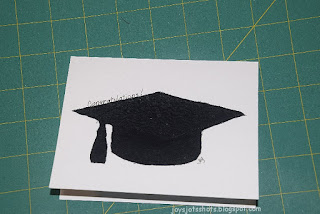