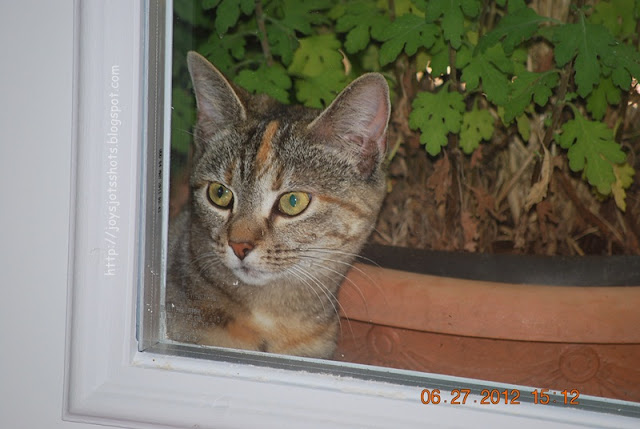 Seems like Cats know just the right time to come to my doorstep, like the one that came to my doorstep on a Christmas Eve I had spent alone.  After Christmas day, he thought I was ok, went to the door to ask out, never to be seen again.


Well, I've been experiencing a lot of heartfelt moments lately & the weather here was cool Wednesday morning, and not long after opening the french doors a cat appeared. 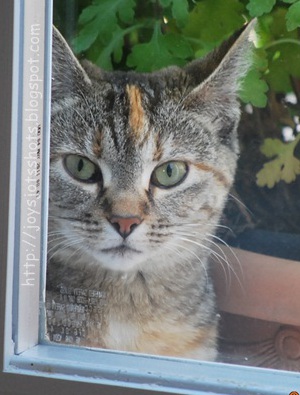 I was busy blogging, so I let her (?) take a tour of the house.  About an hour later she seemed done and acted like she wanted to eat.  I offered bread and she wasn't interested which told me she wasn't starved.  However, she quickly lapped away a saucer of milk and most of another.  Around 3:00 I started getting ready in my bedroom to leave the house.  I stepped back on something warm and fuzzy.


The Cat had brought me a gift! 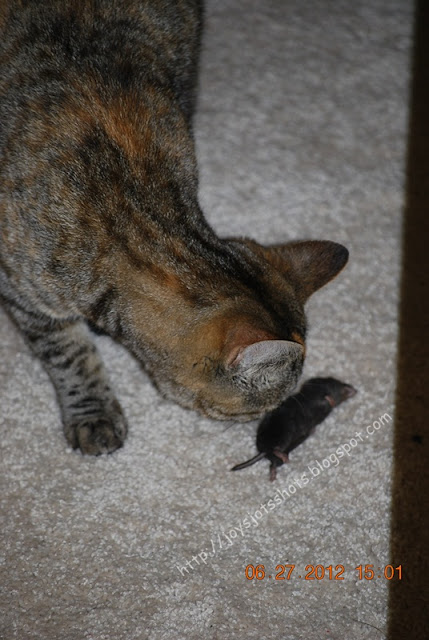 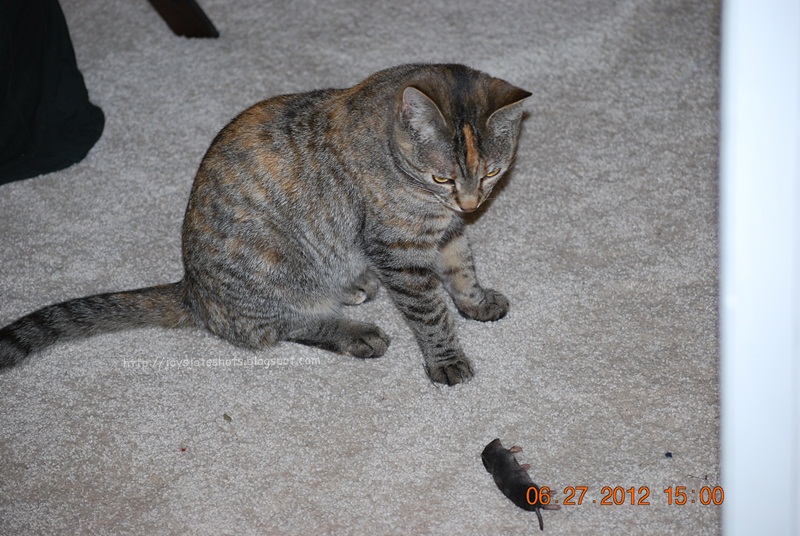 It was one of a family of moles totally tearing up my yard! 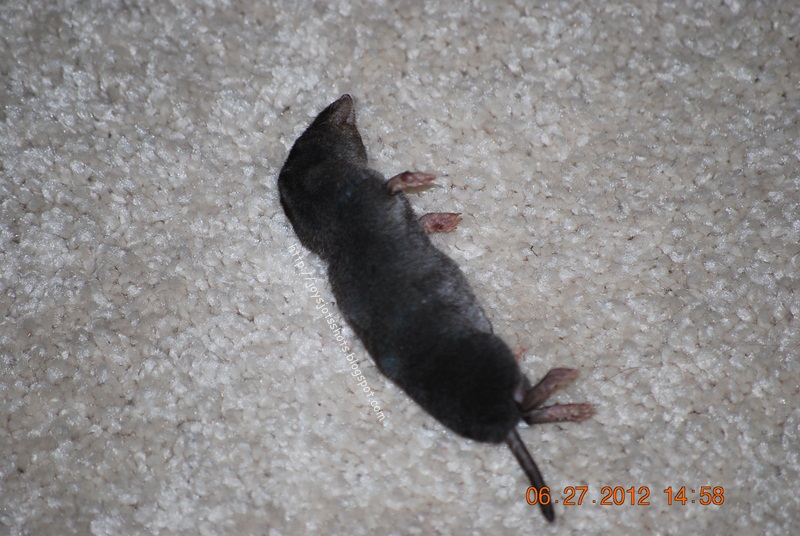 She was so proud of herself! 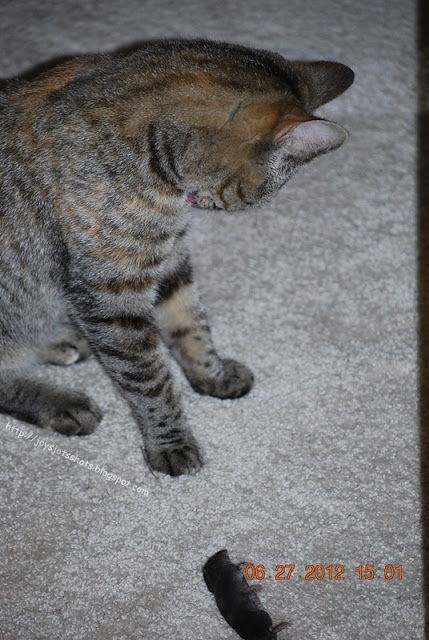 I had to award her with a can of tuna, because I would love for her to catch more of the moles.  She ran circles around me before I set her bowl down.  (A cat's way of saying, "Thank-you, thank-you, OH thank-you." ?? 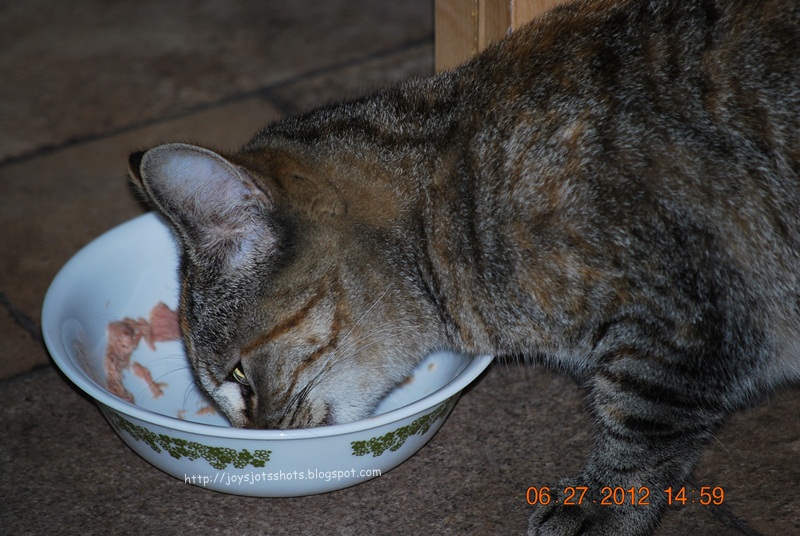 Before I left, I put her back outside for fear she might be a loose cat and some sad child was looking for her.  I think I've seen her around the house 2 doors up.  Thus, the name Miss Loosey.


When we returned home about 4 hours later, she was waiting around the garage.  She helped herself back into the house, as we opened the french doors again.  At bedtime I couldn't find her, so I closed the doors only to find out this morning she had stowed away in the house somewhere.  When I opened the doors again this morning, she helped herself outside and then posted herself to watch the birds, which I won't be very happy about if she keeps them away from the bird feeder. 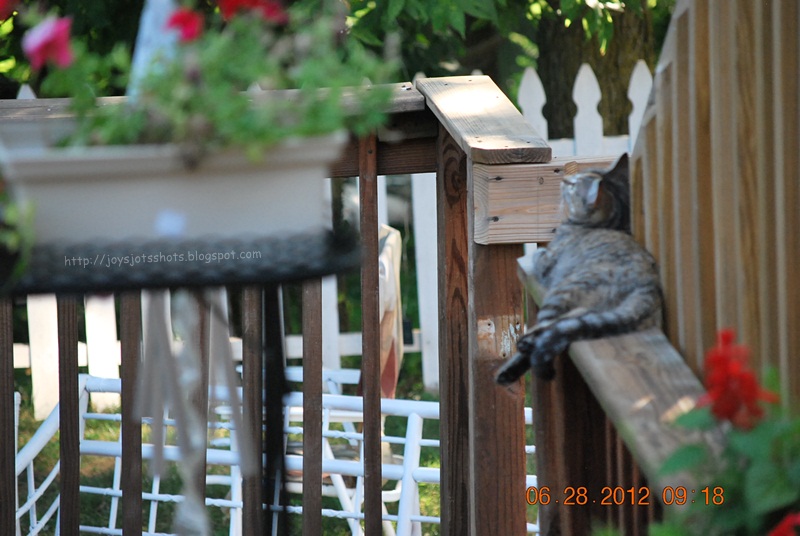 If she keeps the squirrels away from the bird feeder, that's another thing. 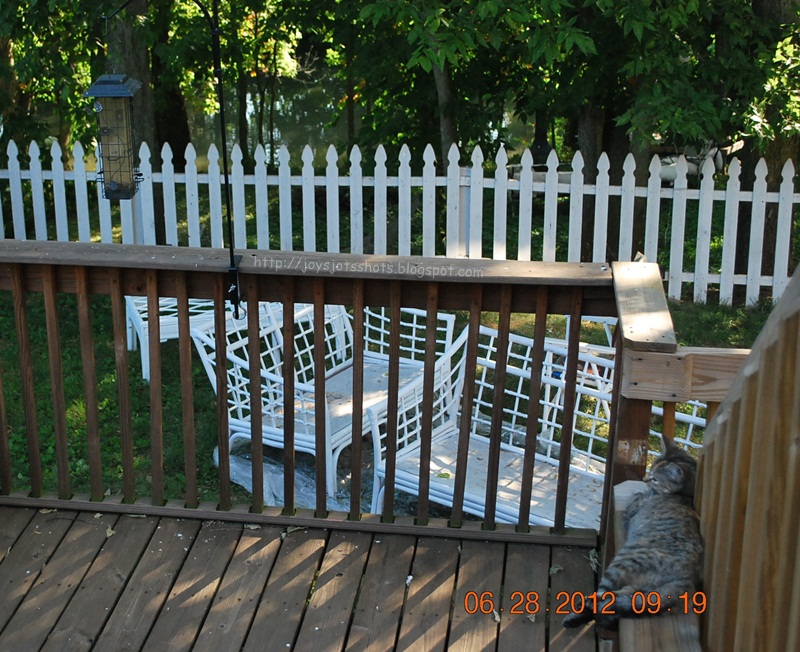 (Mr. G. has been repainting the deck furniture.)
Also, where she was posted was probably giving her a fantastic view of  "Mole" land which I hope she will revisit soon. 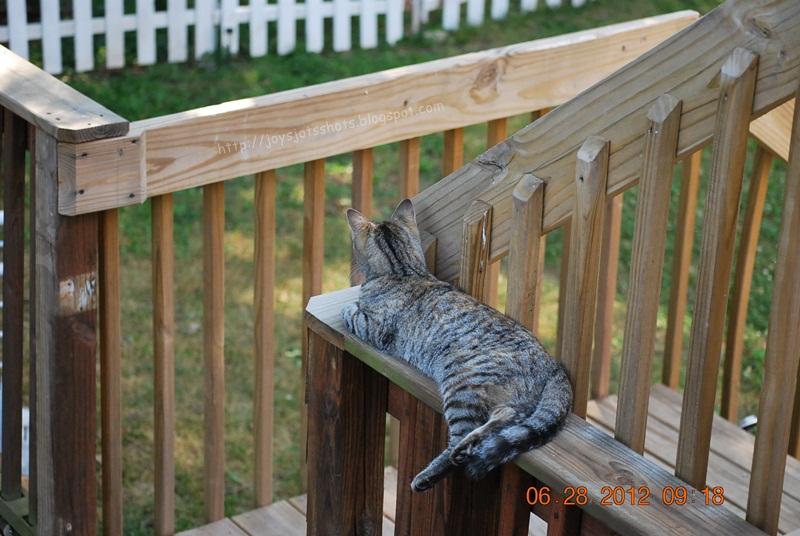 ....if Miss Loosey keeps coming back? 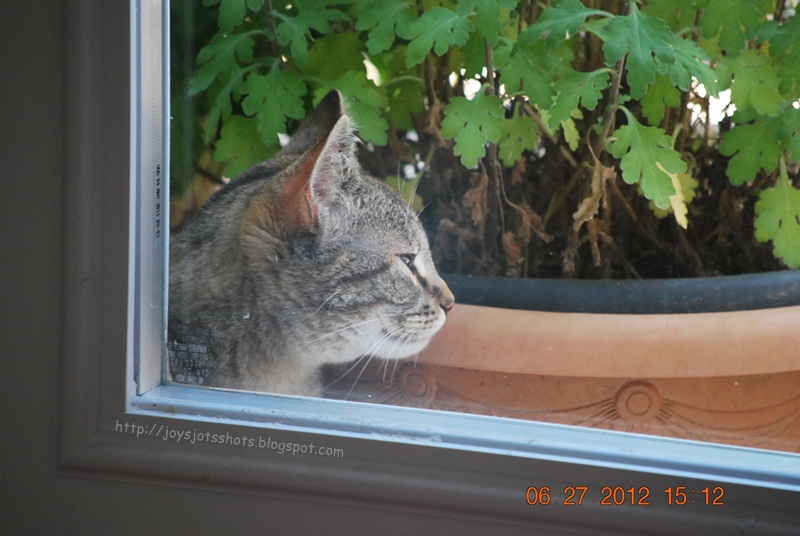 ~I'm a barn cat hostess, not a house cat owner.~

You may find this post at several Linky Parties.