You'll find this post at several Linky Parties. Please check them out for some great ideas.
Misspelled a name when I embroidered a towel, so I used the towel to make a neck roll. 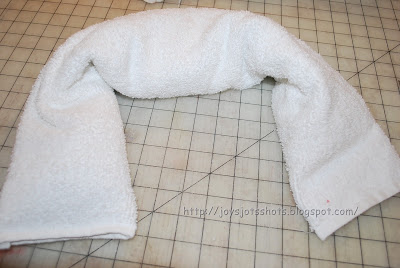 Measured the width of the towel and cut a lining that long with a width of about 8". Sewed one end of the lining and up the long side.

Cut the bottom off of a plastic cup to use as a funnel to put rice into the tube. 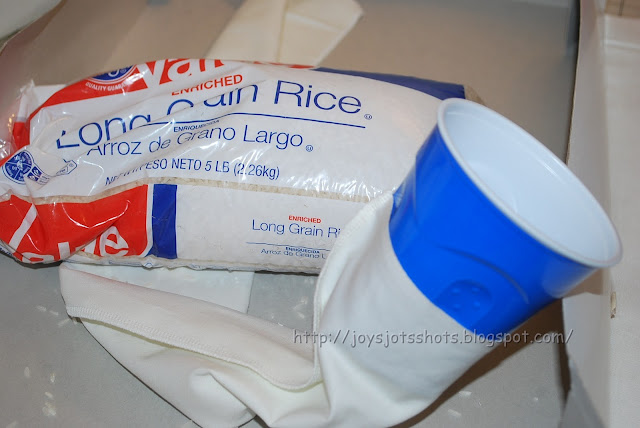 The first time I filled it too full because it would not lay snug around my neck.  Removed rice until it did. 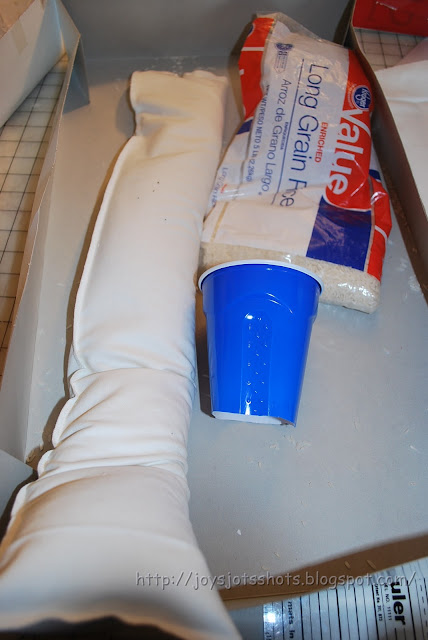 Also, because it's not filled to the brim, I could serge the end closed. 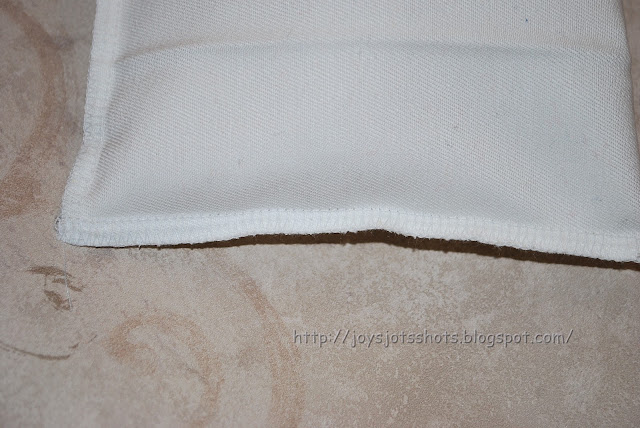 I wanted to make the outer layer (the towel) so that it could be removed and laundered.  I cut the towel piece about 9" wide (1/2 inch seams).  The length of course was already determined by the width of the towel. 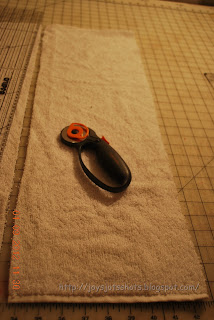 I unzipped the zipper and sewed each side separately, not the traditional way when sewing a zipper into a garment.  Note: A lot of the zippers I use, came from old clothing before I discarded them.  That was before the days of Goodwill.  I still keep an eye out for clothing that can provide a lot of notions in one garment such as zippers and buttons.

First, find and mark the center. 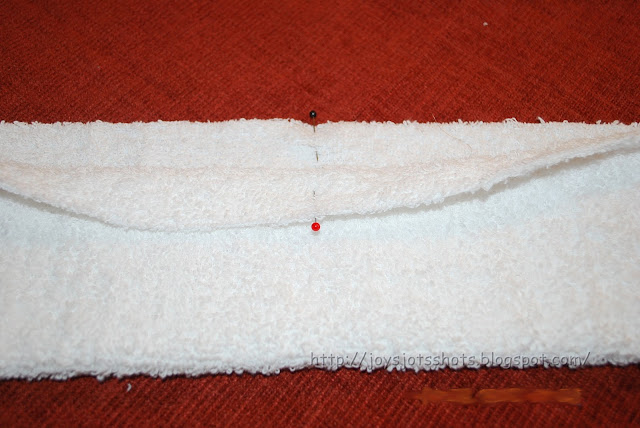 I used one pin to mark center and where I began stitching. 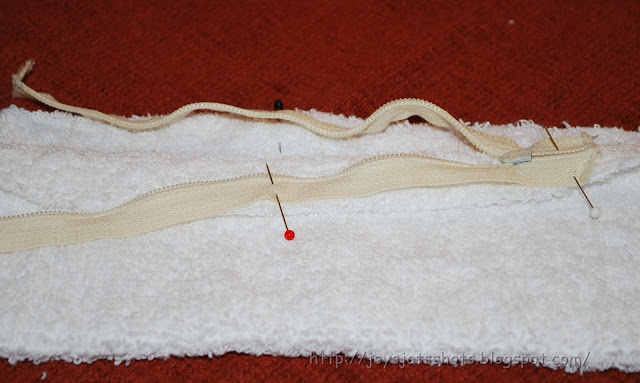 I finger pinned as I machine stitched using the zipper foot.
Sewed all the way to the end of the zipper tape. 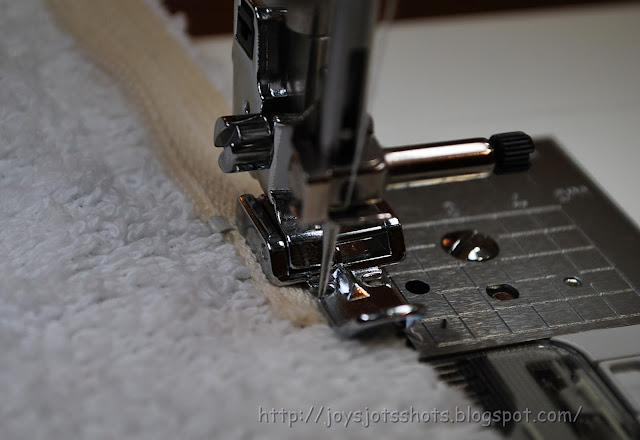 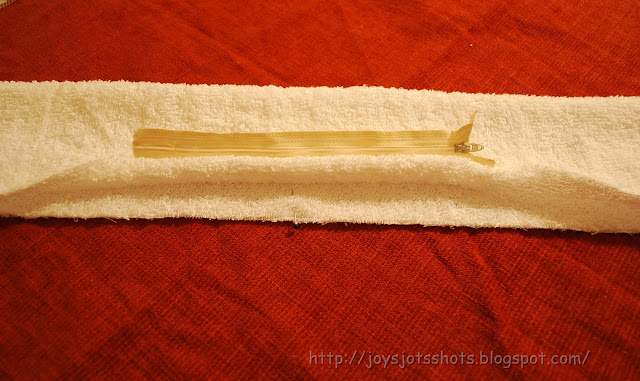 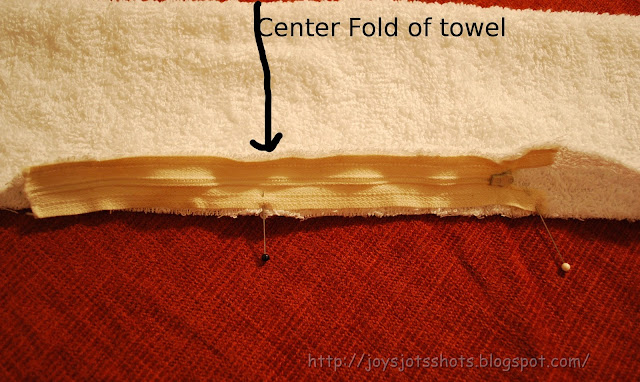 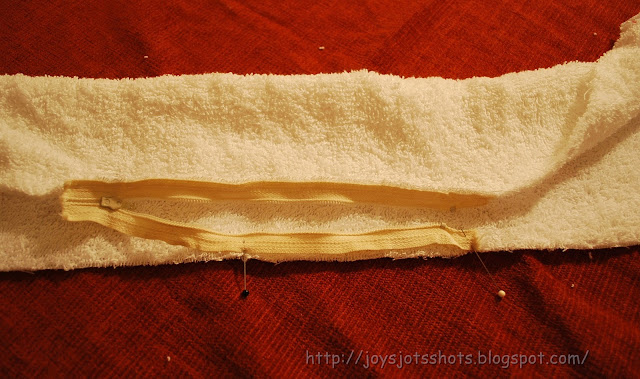 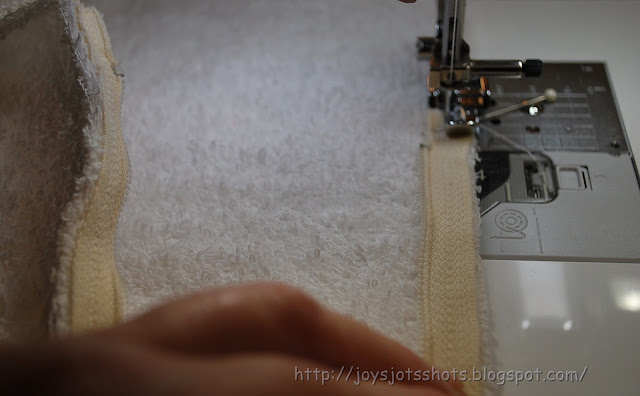 I know I should have put on the regular foot, but the zipper foot worked ok. 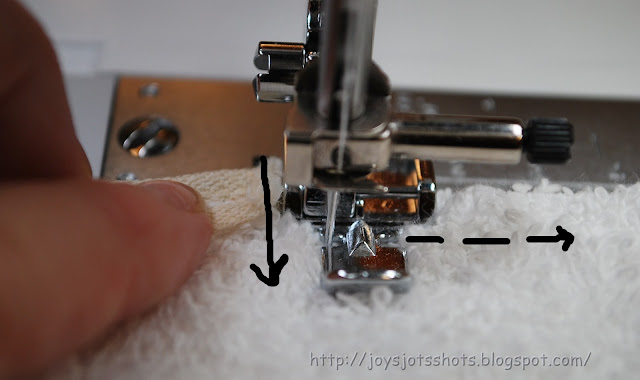 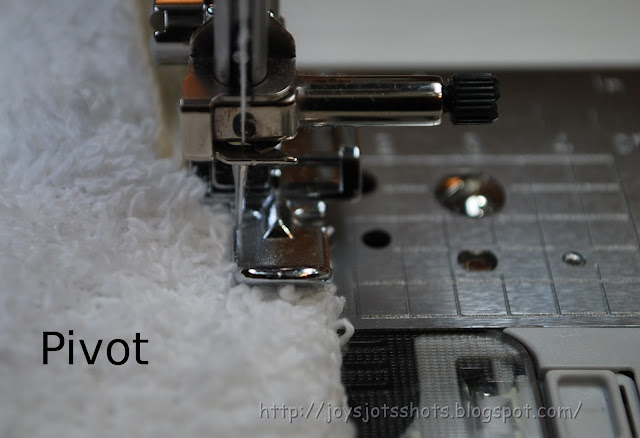 Turned right side out 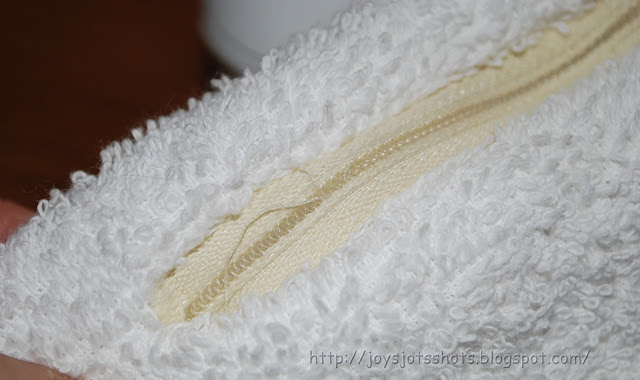 before sewing the ends.  Since the ends are finished, 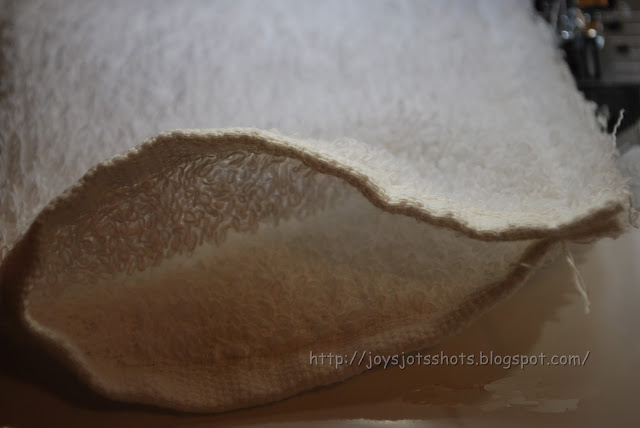 I just top stitched the ends on the outside. 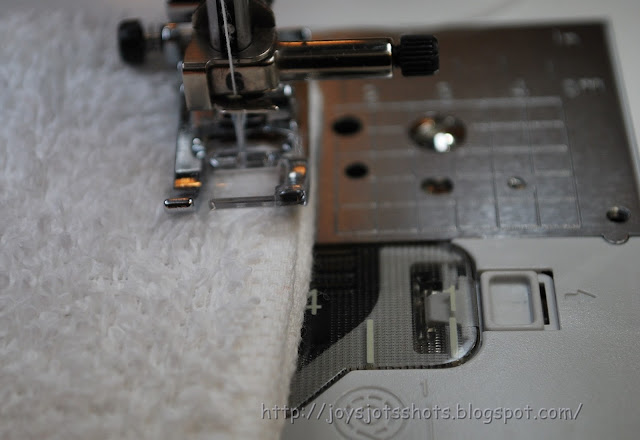 Inserted the rice bag and enJOYed! 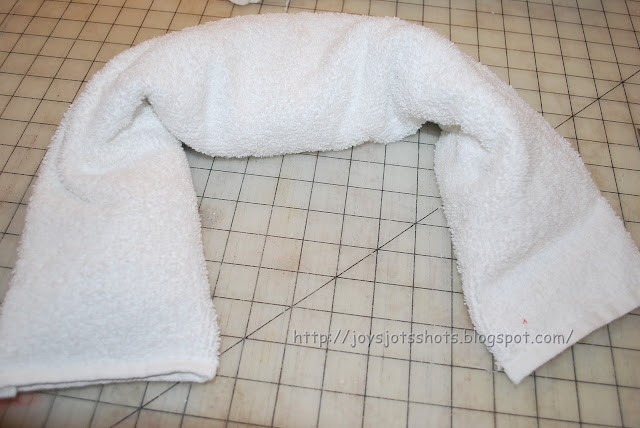 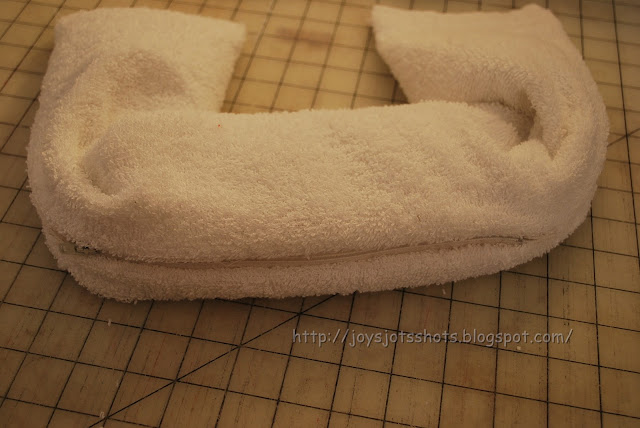 I tested it in my microwave 1 minute at a time to determine the best time & after staying in the frig, it will stay cold for a while to use as a cool pack.  I gave one as a gift with a note warning not to wash the rice pack but noting the cover could be removed & laundered, or they would have rice for supper.

I've seen a lot of blogs making the little pillows filled with rice to help warm the bed at night.  I would make an envelope cover instead of using a zipper. That's on my "round2IT" list for my tootsies. (feet)