Mr. G is a sports fanatic & so of course for Christmas he wanted a Santa Suit in his team's big Blue color.  Not wanting to put a lot of money into it because fabric stores have sky rocketed prices since Walmart stopped stocking, I picked up a $4 shirt at the local Salvation Army store and a cheap fleece blanket on black Friday.  I had a small piece of white fleece and did have to purchase some more at the fabric store but thank goodness I found some on the scrap table and didn't have to pay the $13/yd for it.  I had an old belt and wrapped the buckle in silver wrapping ribbon.  We already had the hat we'd gotten at a ball game a few years back.  He wore it to surprise his grand kids Christmas night and called himself "Cata Claus." If you know much about basketball, after you look at the pictures below, you'll know why he chose that name. 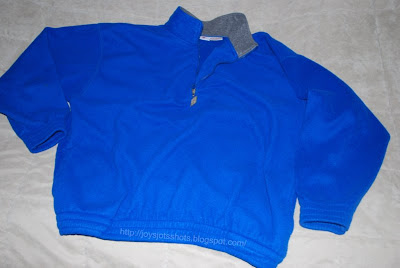 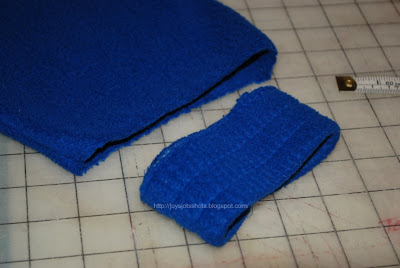 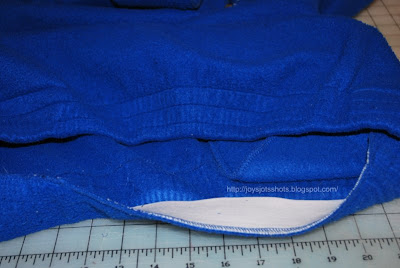 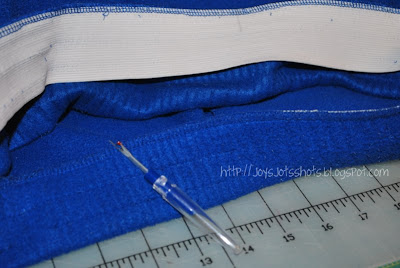 The elastic was saved and used in the pants.
Used a pair of lounging pants as a pattern to follow to make the pants.  Now do you know why he is Cata Claus? 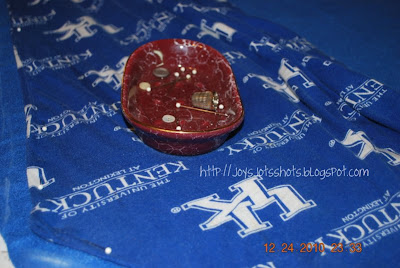 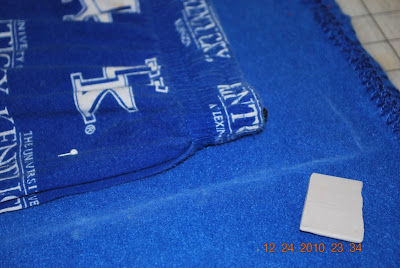 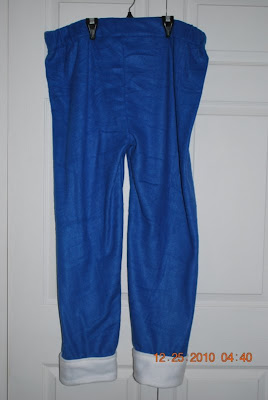 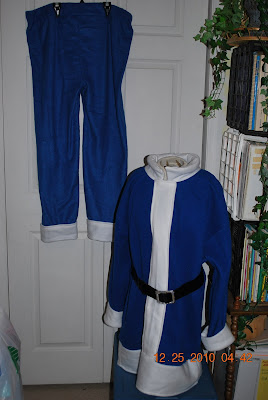