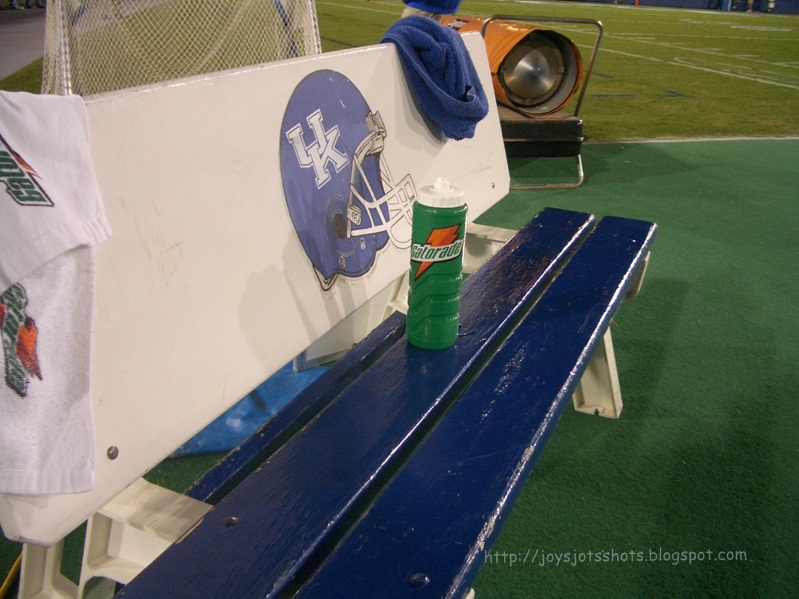 A few years ago, I had the opportunity to be a photographer on the UK Football field a couple of times with the help of a news reporter friend.  He loaned me one of his cameras and my little Casio tagged along.  Casio wasn't able to take action shots like he caught of guys flying in the air.  Here are some of my Casio shots.  Thus, the events for the yearning of my Nikon. 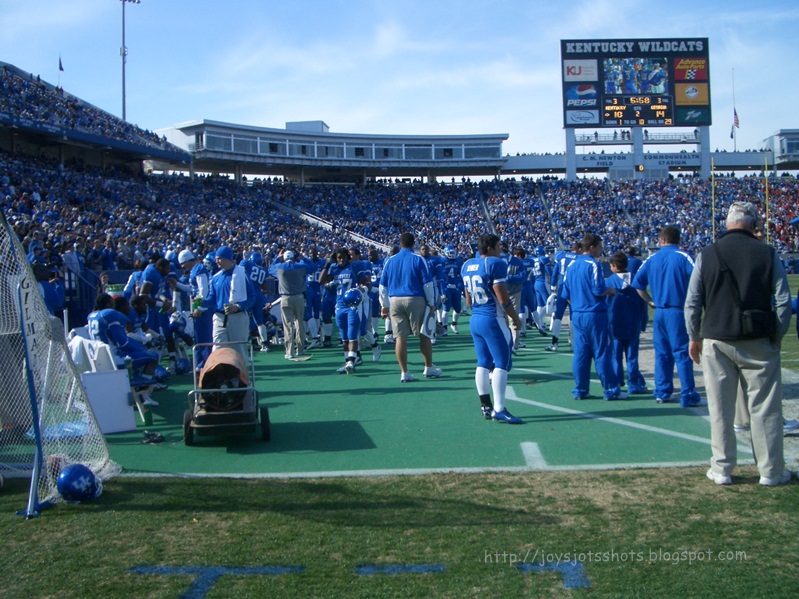 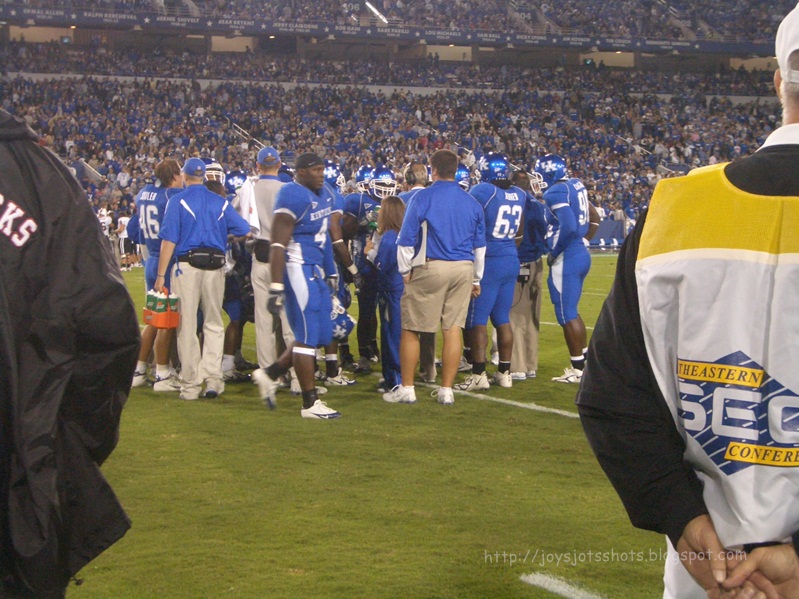 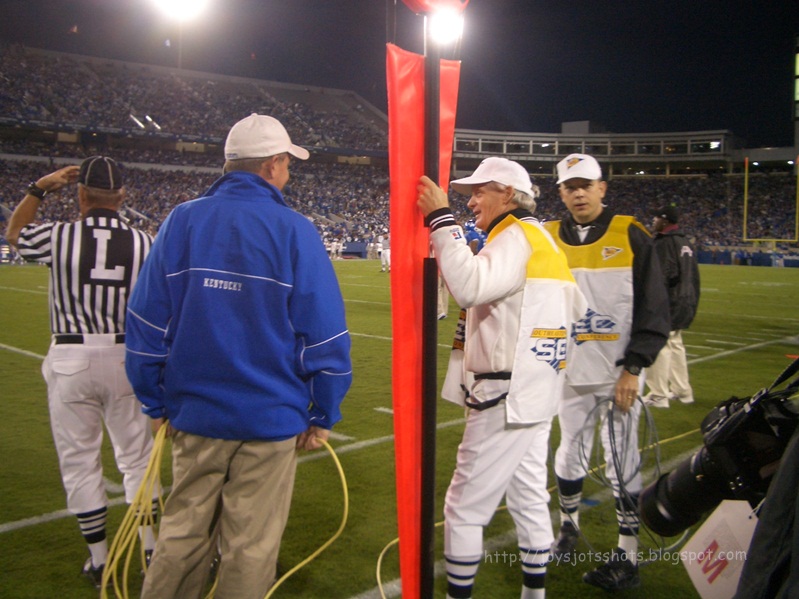 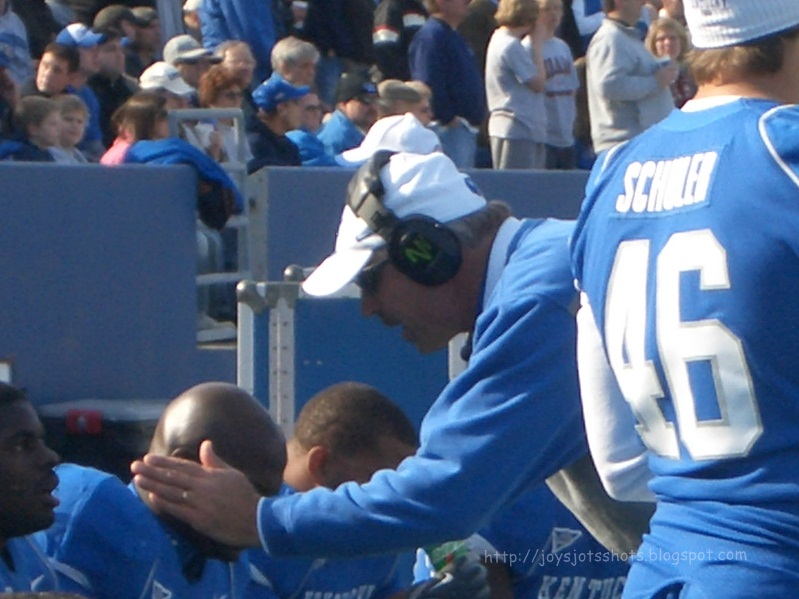 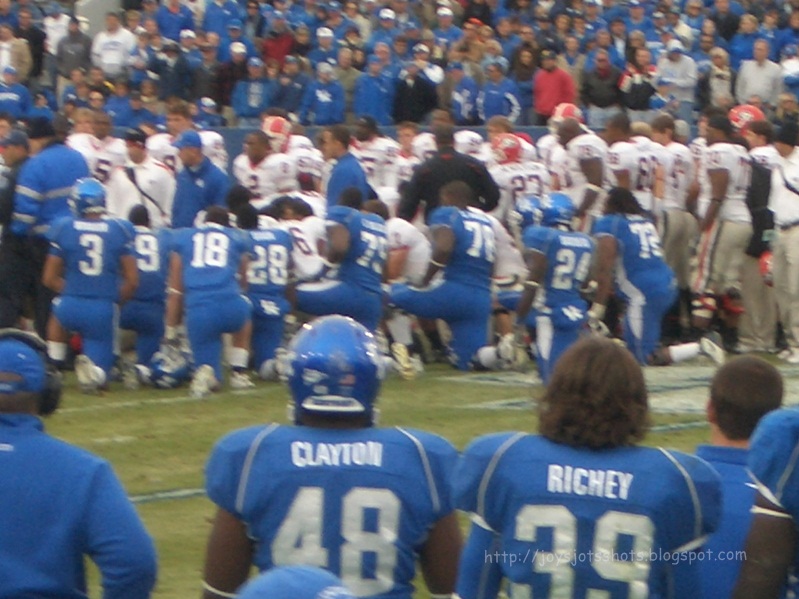 Blurred, but love the moment of when our guys went to their knees for an opponent that had been badly hurt. 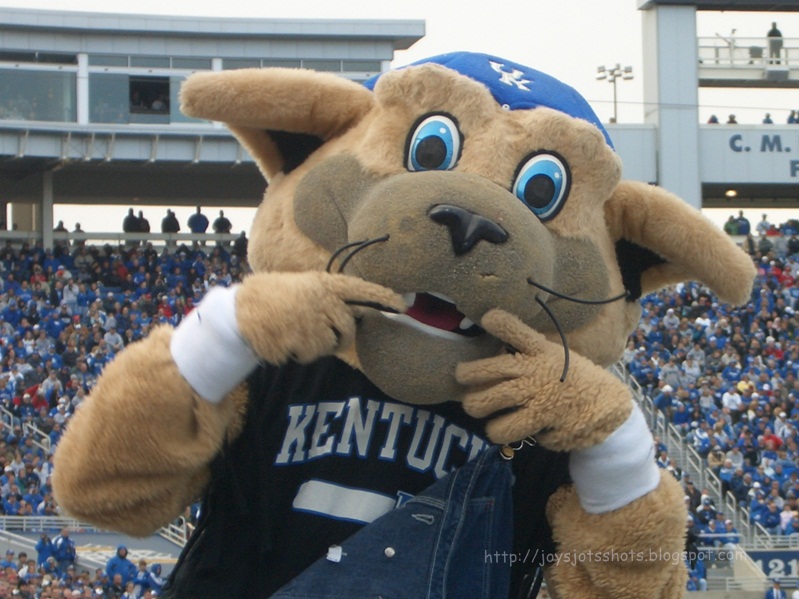 I've also been fortunate to  have a front row seat several times.  The season ticket seats belong to a special friend of mine.  Often this character comes around to visit.  Here I had asked, "SMILE," and this was his (her?) response.

The following pictures were taken by my news reporter friend.  I wish I could find his shots of the guys literally flying through the air.  You can tell he has a great camera. 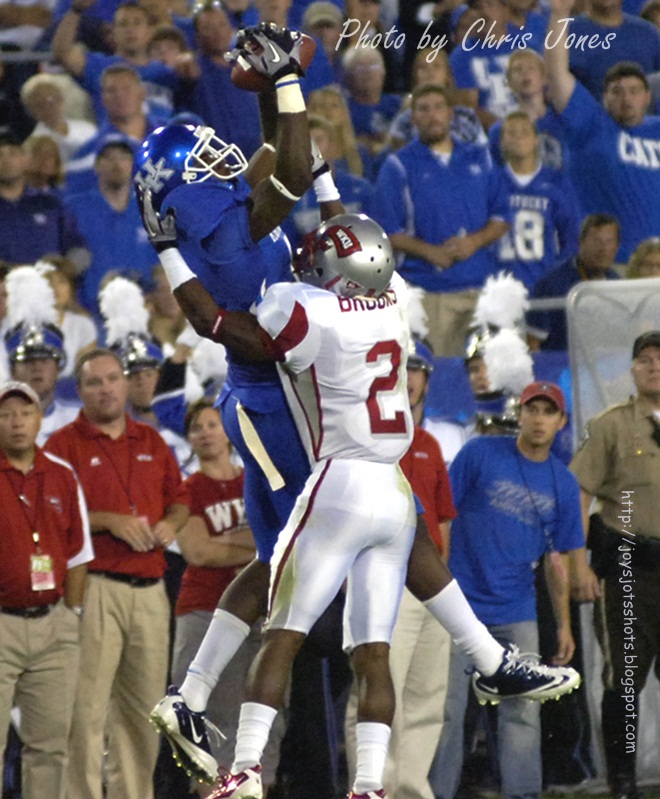 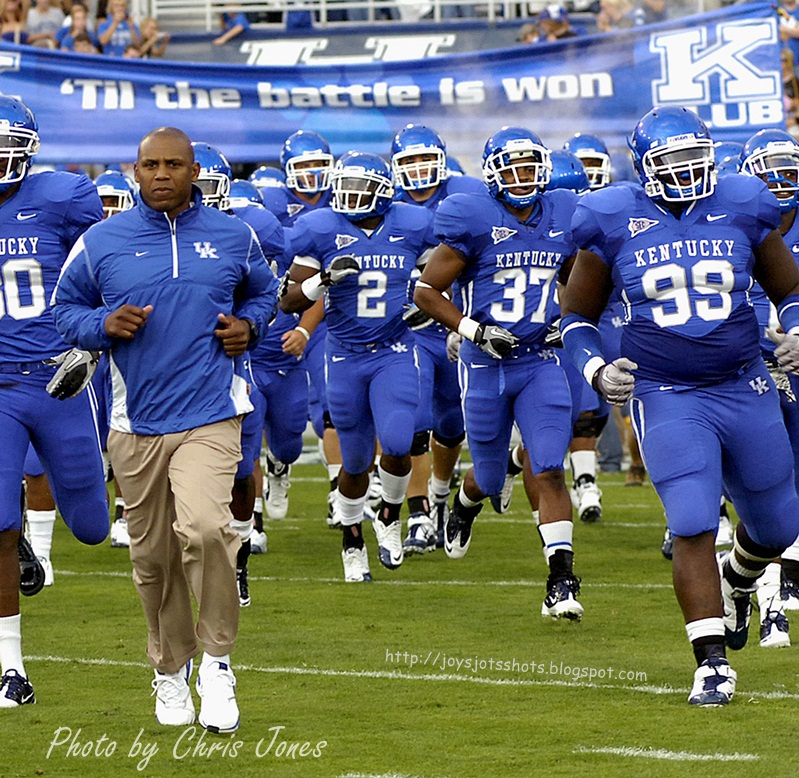